Disney Cruises are among the best in the industry. Here are some fun facts provided by Disney Cruise Line that you may find interesting. 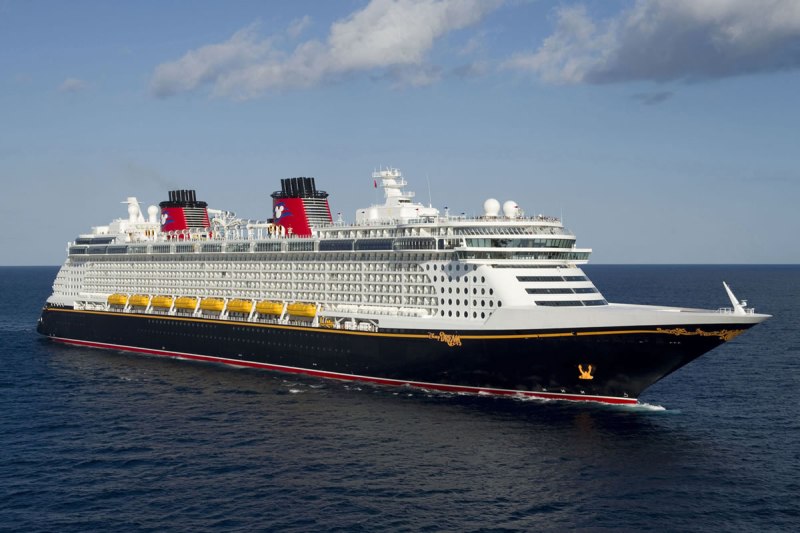 • Disney Cruise Line was the first cruise line to have yellow lifeboats, instead of the traditional regulation orange. Disney was granted special permission from the U.S. Coast Guard to paint the lifeboats yellow, to keep with the special color theming of the ship.

• The Disney Magic was built in two halves… one hundred miles apart! Part of the ship was constructed in Ancona, Italy then towed 100 miles to meet the stern in Marghera (just outside Venice) to be perfectly joined and welded together.

• Disney Cruise Line ships use the iconic first seven notes of the “When You Wish Upon a Star” song melody as their horn signals.

• Disney ships are the only cruise ships to have four captains – the ship’s captain, Captain Mickey, Captain Hook and Captain Jack Sparrow.

• The anchor on the Disney Magic weighs 28,200 pounds – about the same as three full grown elephants.

• On a special night aboard most Disney cruises, the “Pirates IN the Caribbean” deck party features a spectacular pyrotechnics performance – fireworks at sea like only Disney can do!

• In a cruise industry first, most staterooms on Disney ships feature a split “bath-and-a-half” design, providing families the added convenience of a sink and tub/shower in one room and a sink and toilet in a separate room.

• Onboard both the Disney Magic and Disney Wonder, there are about 950 crew members representing more than 86 different nationalities. That is approximately one crew member for every three guests.

• On an average seven-night sailing aboard the Disney Magic, the following food items are consumed:

• The décor and food of the Palo restaurant are inspired by Italy, the birthplace of both the Disney Magic and Disney Wonder.

• Palo takes its name from the poles that line the canals of Venice. Palo’s extensive reserve wine list features selections that hail from some of the most mature vineyards in the world and highlight some of the greatest Super Tuscans like Sassicaia, Ornellaia and Tignanello.

• The Disney Magic and Disney Dream interior is in the art deco style, characterized by geometric designs and bold, solid colors. The interior on the Disney Wonder and Disney Fantasy is in the art nouveau style, which features organic influences and curved patterns.

• Every Disney Cruise Line ship has an atrium lobby statue celebrating a classic Disney character. Mademoiselle Minnie Mouse, dressed in vintage fashion with a parasol and steamer luggage, graces the Disney Fantasy and Admiral Donald strikes a pose on the Disney Dream. They are the subject of as many memorable vacation photos as their counterparts: Mickey at the helm (Disney Magic) and Ariel sitting pretty (Disney Wonder).

• The décor of the Buena Vista Theatre was designed to emulate the elegant movie houses of the 1920s and 1930s, the period when Walt Disney was producing the first Mickey Mouse animated films.

• The main showplace for entertainment, the Walt Disney Theatre spans three decks and can seat 977 guests onboard the Disney Magic and Disney Wonder and 1,340 guests on the Disney Dream and Disney Fantasy.

• A leader in family entertainment, Disney is the only cruise line to first-run feature films, including films in 3D, with movies premiering at sea on the same day that they are released on land.

• Don’t worry about getting a chill! The swimming pools on Disney ships are heated when the water temperature drops below 75 degrees.

• Stay connected, even at sea! Disney ships feature WiFi service in staterooms and public spaces, allowing guests to surf the web at sea from their wireless-enabled device.

• Castaway Cay was the first private island in the cruise industry where the ship docks alongside so guests do not have to tender to land.

• Guests can mail a special souvenir message to family and friends back home by using the Castaway Cay Post Office.

• Water is procured in Port Canaveral and delivered to Castaway Cay by the ships to an 80,000- gallon fresh water storage tank on the island.

• Each Disney ship has an onboard Environmental Officer dedicated to overseeing all environmental systems and procedures, along with shipboard recycling, waste minimization and water reclamation efforts.

• Condensation from the shipboard air conditioning units is reclaimed and reused to wash the decks, saving up to 22.3 million gallons of fresh water per year.

• Disney Cruise Line made history by being the first cruise line to utilize an innovative hull coating that is both 100 percent nontoxic and effective in increasing fuel efficiency. The coating helps reduce the ships’ surface resistance in the water, decreasing the need for propulsion power as the ship glides through the sea.

• At Disney Cruise Line, 264 gallons (12,000 pounds) of used cooking oil from shipboard galleys is offloaded in ports and recycled each week. Approximately 60% of this oil is recycled through a unique partnership with Bahamas Waste Management (BWM) in Nassau, Bahamas, being converted into biodiesel fuel used to power a local fleet of BWM vehicles. The program also works to support the community, with BWM pledging to contribute 25cents for each gallon of biodiesel produced to scholarship programs for local youth.

• Researchers at Castaway Cay are helping to restore the health of coral reefs through a unique research project transplanting native sea urchins in The Bahamas. The urchins help to control harmful algae levels that can choke out corals, and the project is providing vital research for rebuilding coral reef systems that serve as homes for tropical fish and marine life.

How neat! I must admit that I would love to be one of the 60 that live on Castaway Cay! How about you? What is your favorite fact? 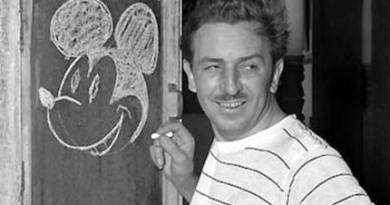 12 Things You Didn’t Know About Frozen 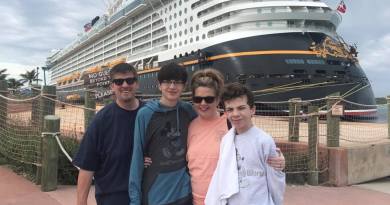 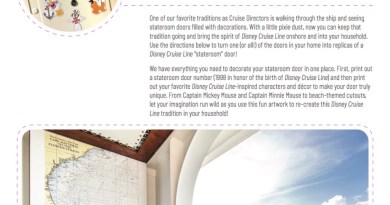 April 10, 2013April 11, 2020 Ariel1236 0
The Main Street Mouse
%d bloggers like this:
We use cookies to ensure that we give you the best experience on our website. If you continue to use this site we will assume that you are happy with it.AcceptPrivacy Policy