Breaking news from run Disney! Walt Disney Co officially announced that the half marathon and other race events scheduled for 2018 at Disneyland are cancelled. The Orange County Register has more information.

RunDisney, the Walt Disney Co.’s race organization, announced Wednesday, Oct. 18, that it is canceling its half marathon and other race events at Disneyland Resort beginning in 2018.

Races at Walt Disney World and Disneyland Paris will remain in place.

A Disneyland spokesman said construction of the 14-acre Star Wars Land: Galaxy’s Edge in Disneyland, along with future development projects lined up around the resort area such as The Disneyland Eastern Gateway and a new four-diamond Disney hotel in the northern part of Downtown Disney, would affect future races since runners traverse a course in and around the Disneyland Resort.

“While construction for the next several years will impact our ability to deliver the runDisney experience our guests love, we are excited about our future as the Disneyland Resort continues one of its largest multi-year expansions,” said George Savvas, a Disneyland spokesman. “For fans who love to be part of runDisney events, we will continue to offer races at our other properties around the world in 2018.”

The races bring in an estimated 25,000 people paying upwards of $195 to participate in a half marathon run. The races, usually held during off-peak seasons, are a boon to the local economy, generating $20 million to $30 million in revenue to Orange County, according to Disney.

Savvas did not know when runDisney would come back to hold races at the Anaheim parks again. He said runners who pre-registered for race events in 2018 will receive a refund.

The cancellation comes as no surprise for eager runners who were looking forward to participating in one of the four race weekends held annually at Disneyland.

Chatter and rumors on social media, Disney fan blogs, and other websites about the future of runDisney races at Disneyland grew rampant when about seven months ago Disney postponed registration for its popular Light Side Star Wars themed running event slated for January at the Anaheim theme parks.

An Anaheim spokesman said typically Disney gives the city three to four months advance notice before a race weekend. Disney needs permission from the city to arrange the closing of some freeway off ramps, streets and provide additional police. City staff said Disney had not filed for any permits.

RunDisney is part of the Walt Disney Co.’s sports division and has grown to become one of the nation’s largest race organizers. RunDisney holds eight series of races such as marathons, half marathons, 10k, 5k and a kid’s race at Walt Disney World and Disneyland Resort.

The unique course location – Disneyland and Disney California Adventure – and themes such as Star Wars, Avengers, and Tinkerbell give seasoned runners and non-runners an opportunity to enjoy a one-of-a-kind running experience through the two theme parks and surrounding areas in Anaheim. Disney also holds several other events that weekend such as a Health and Fitness Expo, a kids’ race, and pasta at the park.

As part of the experience, many runners dress in a Disney costume. Local high school bands play. Darth Vader, Thor, Mickey, Minnie and other Disney characters greet and high-four guests.

Peter Henry, 40, from San Diego, said he’s disappointed that runDisney is canceling its Disneyland races. As someone who has participated in runDisney events since 2015, he looked forward to the runs every year. Training for the races helped him lose 15 pounds.

“I wanted to create my own tradition,” said Henry, who has participated in the last three Star Wars races. “So many people look forward to these races but we were kept in the dark since March. There’s a lot of preparation – from training, to rooms, to flights – that go on to be part of this. I understand what Disney has to do but I just wish they had better communication.”

Savvas said the Disney team had considered and weighed various possibilities to keep the runDisney events but ultimately, could not come up with a plan.

Disneyland will host its last runDisney event for the year on Nov. 9 -12, the Super Heroes Half Marathon weekend. 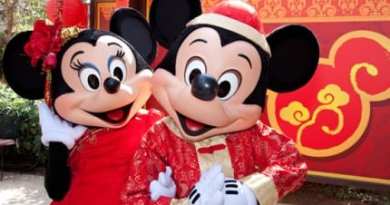 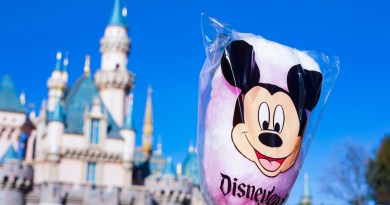 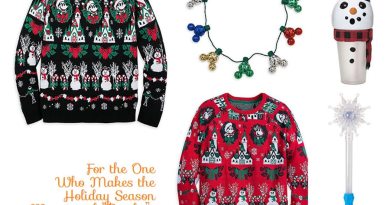 Who is that man?

November 26, 2013April 16, 2020 Scott 0
The Main Street Mouse
%d bloggers like this:
We use cookies to ensure that we give you the best experience on our website. If you continue to use this site we will assume that you are happy with it.AcceptPrivacy Policy