From the Disney Parks Blog and written by: Jacqueline Logan

The wait is finally over! Cast members will begin returning soon to prepare Disney’s Blizzard Beach for its scheduled reopening on March 7, 2021. First opened to the public on April 1, 1995, this spring will kick off Blizzard Beach’s 25th season. In honor of this exciting news – here are seven fun facts you may not have known about Disney’s wintry-themed water park.

1.Blizzard Beach has a special story all its own

A ski resort in Florida? You heard that right! As the story goes, a legendary snowstorm in Florida prompted local opportunists to build a ski resort. When Florida’s climate returned to normal temperatures and the snow began to melt, Blizzard Beach was born.

2. Blizzard Beach is home to one of the fastest waterslides in the world

The ultimate water park thrill ride, Summit Plummet is a 120-foot-tall waterslide with a near-vertical drop. Guests accelerate up to 65 mph on the slide, making it one of the fastest attractions at Walt Disney World.

3. There’s no shortage of tasty treats

From churros to Mickey ice cream bars, you can discover many of your favorite snacks at the Disney Water Parks. There are plenty of menu options to choose from, including these loaded nachos from Frostbite Freddy’s Frozen Freshments.

4. The first chairlift in Florida was built at Blizzard Beach

Want to know a Disney secret? This colorful chairlift, built to ferry guests to the top of Mount Gushmore, was the first of its kind in the state of Florida. The chairlift offers a scenic bird’s-eye view of Blizzard Beach and easy access to Summit Plummet, Slush Gusher and Teamboat Springs.

Piña CoLAVA anyone? How about a Blue Blizzard Margarita? The Polar Pub serves as Blizzard Beach’s own full-service beach bar and offers specialty cocktails inspired by the park’s stories.

6. Cross Country Creek is one of the longest lazy rivers in the U.S.A.

At 3,000 feet, Cross Country Creek ranks among the longest lazy rivers in the country. It takes between 20 and 30 minutes to complete one journey around the waterway – depending, of course, on how lazy you want to be!

7. Teamboat Springs is one of the world’s longest family whitewater raft ride

One of the world’s longest family whitewater raft ride is none other than Teamboat Springs at Blizzard Beach. Along the winding rapids of Teamboat Springs, guests encounter remnants of the fabled snowstorm in the form of snowshoes, snow shovels, melting icicles and a snow mobile. 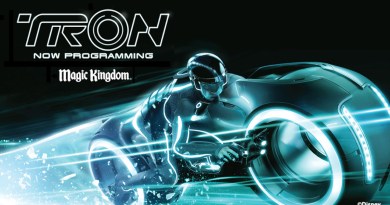 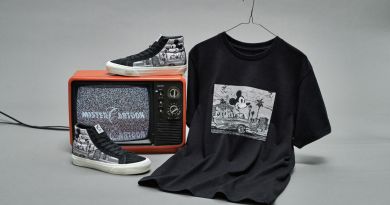 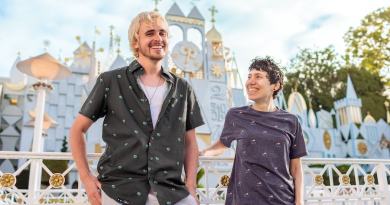 February 12, 2018April 16, 2020 Guest Blog
The Main Street Mouse
%d bloggers like this:
We use cookies to ensure that we give you the best experience on our website. If you continue to use this site we will assume that you are happy with it.AcceptPrivacy Policy