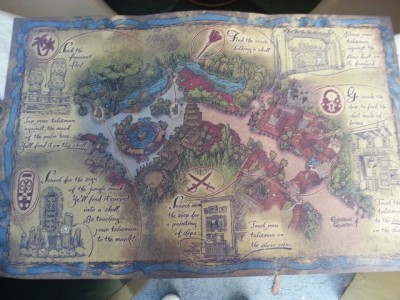 “A Pirates Adventure: Treasures of the Seven Seas”
By:  Dianna Standen
Hello everyone, I know it has been a while since my E-Ticket series finished. I wanted to let you in on the newest Magic Kingdom game, “A Pirates Adventure: Treasures of the Seven Seas”. Yea I know it is a big name but it is also big fun. It was not supposed to be released until Monday the 27th, but they rolled it out for the All-Nighter Friday. I am going to give the technical details first, them I will go into the fun stuff, this way I don’t spoil anything for anyone who doesn’t want to know. The game is free to play for any park guests, either in a team or solo. As of now you get a card that triggers each station, but these will be gone soon. They only made so many and when they are gone you will play with your park ticket, the card you start with you have to finish with. You can use the same card over and over. You sign up where Fronterland and Adventureland, close to Splash Mountain. If you remember the old Kodak Spot Shop it is the same location and in the same building. There are 5 different maps and each have different stories, stops, and endings. 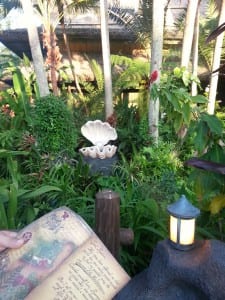 Okay now for the juicy stuff. My husband and I love it. Since you only play in Adventureland and there are only 5 or 6 stops per map it doesn’t take long at all. Something that I also really like is that, with Sorcerers the game goes on and on, with Pirates you have a ending. You can complete the whole game in a day. The stations are not just digital screens but there are audio animatronics and other unique ‘tricks’ at each station. For example, I had pygmies shoot blow darts at me and my husband got to see a cannon shoot at a bell. The end treasures are also very cool and tend to have a historical aspect based on what map you are doing. The maps correspond to regions of the world. The grand ending is a really nice video. The game does leave room for future levels and new maps. 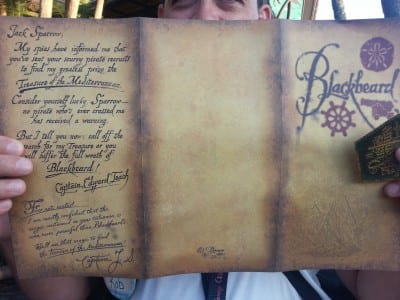 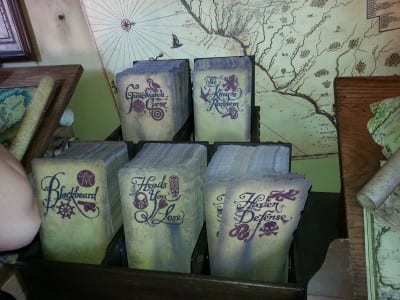 November 29, 2020November 29, 2020 Michele 1
The Main Street Mouse
%d bloggers like this:
We use cookies to ensure that we give you the best experience on our website. If you continue to use this site we will assume that you are happy with it.AcceptPrivacy Policy