It’s All Just A Bunch Of Hocus Pocus

I am sure I don’t even need to tell you about this movie, but I am going to dig a little deeper. 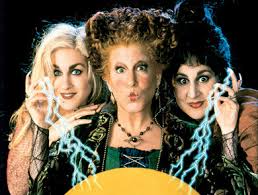 Hocus Pocus was released on July 16, 1993, kinda unusual for a Halloween movie to come out in July. The competition was supposed to be a little steep; Nightmare Before Christmas and Addams Family Values. All three got poor reviews but went on to be a cult classic. Hocus Pocus was given a 30% rotten tomatoes, to give you a comparison Cinderella got a 97% and Casino Royale got a 27%. In 2011, the Houston Symphony played part of the soundtrack as part of a special concert; this shows how relevant this movie is still today. 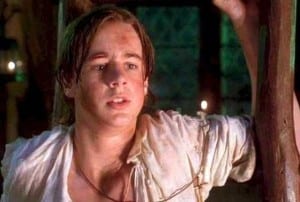 Lets talk about odd facts. Originally the part of Max Dennison was offered to Leonardo DiCaprio. There are 7 copies of the large statue of Winnie Sanderson; one resides in Florida at the Planet Hollywood. This was originally scripted to be a Disney Channel Original Movie, but producers and others saw the potential. In the movie ‘zombies were cool before they were cool’. Thackery Binx and SA Timothy McGee are both played by Sean Murry. Sean didn’t do the voice of Binx when he was a cat. The 3 girls that take the brooms are dressed as the Sanderson sisters. 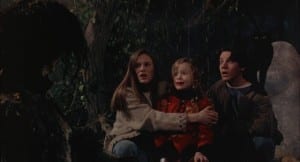 From here on, I should post a spoiler alert. I will be talking about some of the small details and giving some behind the scenes information. So readers beware!

The movie takes place on Halloween 1993; it starts with the kids in school. Halloween was on a Sunday. The sun comes up at 5am the next morning and

Max makes reference to Daylight Savings Time. The DST is correct but the sun didn’t rise until 6:25a.

The sisters come into contact with several things that didn’t exist while they were alive but seem to know what they are; police procedure, a microphone, driving permits, vacuum cleaner, and margarine.

Max uses a Zippo lighter to set off the sprinkler. He got it from the house; Zippos have to be filled before you can use them; had it been filled when the house was last open the fluid would have evaporated.

In 1993, Salem didn’t have its own bus line it was part of the MA Bay Transit Authority.

The character ‘Satan’ and his wife, Penny and Garry Marshall, are actually brother and sisters. Both are directors, she directed Jumpin’ Jack Flash and A League of Their Own, and he directed Princess Diaries, Pretty Woman, and Runaway Bride.

We hope you enjoyed this great article on such a beloved movie, and hope you get to enjoy some Hocus Pocus this Halloween Season!

May 2, 2015April 13, 2020 Scott 0
The Main Street Mouse
%d bloggers like this:
We use cookies to ensure that we give you the best experience on our website. If you continue to use this site we will assume that you are happy with it.AcceptPrivacy Policy