From the Disney Parks Blog and written by: Tyler McNulty

Growing up on a small farm in Illinois, Katie Erickson and her family went on a vacation once every two years. Yet, every trip was the same –a visit to Walt Disney World. In fact, it’s the only place her father would want to visit. The love of Disney was passed from her dad, inspiring Katie to one day become a cast member.

But there’s another cast member in Katie’s family –her service dog, Murphy. Katie has lived with diabetes since childhood, and Murphy alerts her whenever her blood sugar is too high or too low. However, Katie didn’t bring Murphy into the office until a year after they started working together because she felt it may draw attention to her diabetes.

“Kids who grow up with chronic illnesses are often defined by their disability, and I was always labeled as the ‘diabetic kid,’” Katie shared. “So, when I became a cast member, I wanted to define myself and just be Katie.”

With encouragement from her leader, Katie brought Murphy to work and soon began meeting other cast members with disabilities, having deep and meaningful conversations with them. One moment that will always stand out to her was a conversation between an entertainment cast member whose daughter had just been diagnosed with diabetes. As they were talking, the performer realized his daughter too would be OK and go on to great things.

Katie has these interactions all the time, even when visiting the parks as a guest, and is proud to talk about her disability and make it less of a stigma. “I made talking about diabetes a stigma in my own mind more than it really was, and it prevented me from making these connections,” Katie said. “I realized how important my voice is, and now I get to inspire others every day.”

In addition to her role as the director of costuming at Disney World, Katie is also the executive champion of Enabled Florida, one of our Business Employee Resource Groups. When first introduced as CastABLE, Katie said many cast members, including herself, didn’t know how to identify with it and assumed it was for people in wheelchairs and the deaf community. In the years since, the resource group changed its name and helped people understand the spectrum of disability, which is even represented in the logo.

The logo represents several of our disability communities including those with hearing loss and those with mobility disabilities by using the very recognizable American Sign Language handshape that means “I love you” and a person in a wheelchair propelling themselves. It also includes a hand reading over braille dots that spells the letters “EN” (as in ENABLED) and the infinity logo representing those who are neurodiverse. Finally, the Mickey head represents our advocates and allies of the community.

“We have grown so much within the past five years. There’s been a movement to make sure people know there are invisible disabilities, cognitive disabilities and so much more,” Katie said. “Through this work, we’ve been able to help the disability community understand that we, as a company, understand you and will support you.”

While this year’s Disability Pride Month may be coming to a close, be sure to stay tuned to the Disney Parks Blog throughout the year for more stories of our cast members as we continue to Celebrate the Accessible! 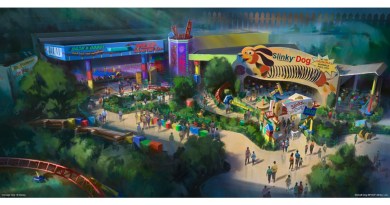 5 Things We Know About Toy Story Land So Far 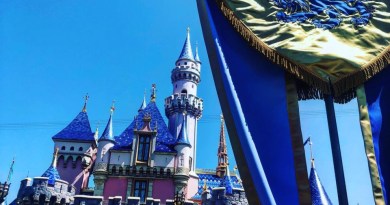 Disneyland Resort to Celebrate 64 Years of Magic, Innovation and Expansion on July 17 with a Tribute to Opening Day at Disneyland Park 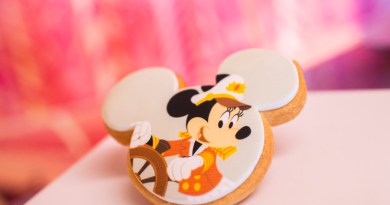 A Look Behind the Scenes of Disney’s ‘Mulan’

Avatar is coming, but why Animal Kingdom?

October 15, 2013April 11, 2020 Scott 1
The Main Street Mouse
%d bloggers like this:
We use cookies to ensure that we give you the best experience on our website. If you continue to use this site we will assume that you are happy with it.AcceptPrivacy Policy