Skip to content
Featured Other Media Entertainment
May 18, 2022May 17, 2022 Sean Sposato Disenchanted, Enchanted

It’s official, Disney has set a premiere date for its sequel to its beloved “Enchanted” film: “Disenchanted.” We can all expect to see its premiere on Thanksgiving of 2022 on Disney+!

The film, which has been in development for what seems to have been forever, is finally seeing a premiere date and we couldn’t be happier! Talks of “Enchanted” receiving a sequel have been ongoing for several years. Although, today from the official Walt Disney Studios Twitter account, we can say with confidence the movie will be premiering and we’re beyond excited!

The last time we heard any talk about the upcoming film it was via a rumor from the TheDisInsider who reported that joining Adams and Dempsey in the sequel would be “Snow White’s” Seven Dwarfs — Doc, Dopey, Grumpy, Happy, Bashful, Sleepy, and Sneezy — who will “play a pivotal role” and perform a musical number.

Disney officially announced “Disenchanted” during Disney Investors Day 2020 in December. The original “Enchanted” is currently not available for streaming on Disney+.

“A fairy tale comes to life in this thoroughly original, new Disney Classic. Drawing inspiration from its classic heritage, Disney creates an inspired story unlike any you’ve experienced before. Filled with excitement, fun, and incredible music from the legendary Alan Menken, ENCHANTED is the ultimate fish-out-of-water adventure. For princess-to-be Giselle, life is a fairy tale — until she’s banished from the animated land of Andalasia and thrust into the very unmagical, live-action world of modern-day Manhattan. When a cynical, no-nonsense divorce lawyer comes to her aid, little does he realize that this joyful, wide-eyed innocent is about to enchant him. ENCHANTED — the musical comedy that will have your entire family under its spell.”

What are your thoughts on this sequel film finally getting a premier date? Let us know in the comments if you are excited for this enchanting sequel as we are! 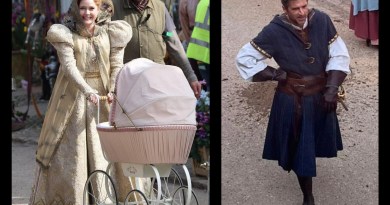 Photos from the set of “Disenchanted” are here! 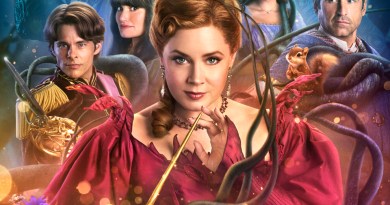 See the New Trailer for “Disenchanted” Coming to Disney+! 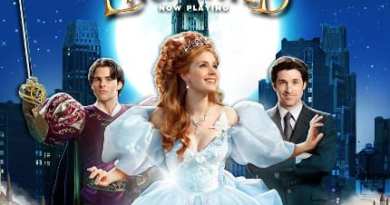 Ring In The Season with Play Disney Parks Holiday Fun

June 9, 2014April 16, 2020 Michele 4
The Main Street Mouse
%d bloggers like this:
We use cookies to ensure that we give you the best experience on our website. If you continue to use this site we will assume that you are happy with it.AcceptPrivacy Policy