From the Disney Parks Blog and written by: Rex Rainey

For fans of HGTV, TLC, and Food Network, get ready because this is the week for you! The Walt Disney World Resort will be highlighted across all three networks.

It all starts on Monday, April 11, at 8 p.m. ET/PT on HGTV’s “100 Day Dream Home”. Brian and Mika Kleinschmidt are a husband-and-wife team from Tampa, Florida, that makes dream homes come true. Together they help clients both design and build the perfect house from the ground up in 100 days or less. For this episode they make a family’s dreams come true with a Walt Disney World 50th Anniversary celebration inspired room. As part of the surprise, the family is given a magical vacation to Walt Disney World to experience both Magic Kingdom Park and Disney’s Animal Kingdom Theme Park! Here’s a sneak peak.

The celebration continues Tuesday, April 12 at 10pm ET/PT on TLC’s “Doubling Down with the Derricos.” Karen & Deon Derrico are parents to fourteen kids, including four sets of multiples including quintuplets! The family journeys to Walt Disney World Resort for the first time ever to experience all four parks, while also enjoying their time at Disney’s Art of Animation Resort. While at Walt Disney World, Deon surprises Karen with a fairy tale of her own! Check it out!

And finally, wake up Saturday, April 16 at 11am ET/PT to Food Network’s “The Kitchen”. As part of the episode Jeff Mauro and his son Lorenzo spend Spring Break at EPCOT and Disney’s Hollywood Studios. The pair experienced what it was like to taste food around the world at the World Showcase at EPCOT as well as got an out of this world adventure at Star Wars: Galaxy’s Edge!

Tune-in all week to see the Walt Disney World magic come to life on HGTV, TLC, and Food Network! 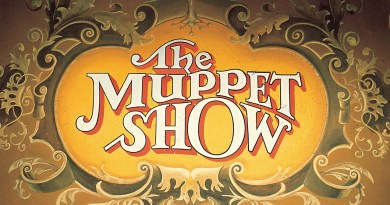 Some Exciting News from The Muppets Studio About ‘The Muppet Show’ 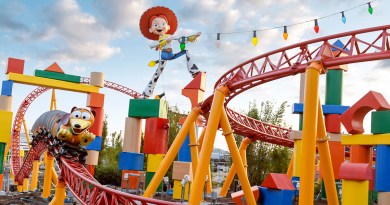 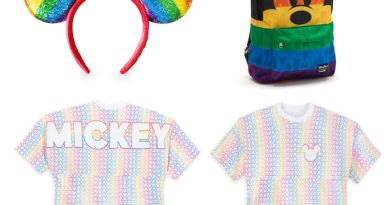 SPOOKY DAY IN THE PARKS ADDS EXCLUSIVE SCREENING AND MORE!

August 15, 2017April 15, 2020 Michele 0
The Main Street Mouse
%d bloggers like this:
We use cookies to ensure that we give you the best experience on our website. If you continue to use this site we will assume that you are happy with it.AcceptPrivacy Policy