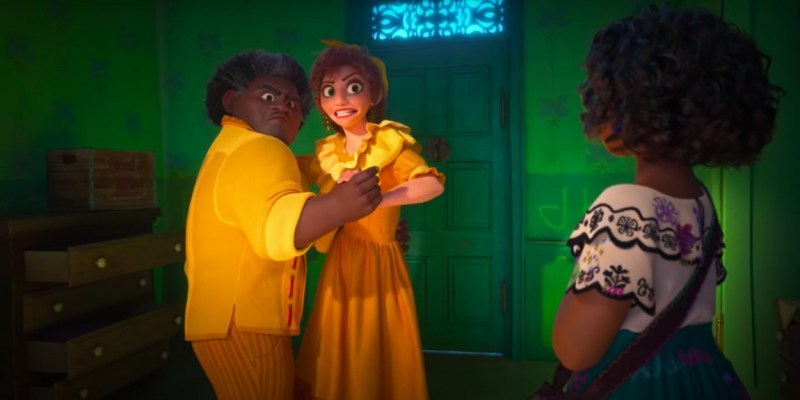 Since this song is so popular, here’s a little bit of info from Variety!

“We Don’t Talk About Bruno” from Disney’s “Encanto” is a global sensation. Besides trending on social media, topping the music charts, and being played on repeat in every household with kids (and unapologetic Disney adults), the music and the movie seem to be capturing the zeitgeist. So how does a sensation like “Bruno” not get submitted by Disney for best original song for the upcoming Academy Awards?

Hindsight is always 20/20 on what will strike a chord with audiences, especially for the Oscars. “Encanto” is Walt Disney Animation Studios’ 60th feature and arguably one of its best. Emmy, Grammy and Tony winner Lin-Manuel Miranda wrote eight original songs for the film, including “Dos Oruguitas,” the emotional number that reveals the truth about the Madrigal matriarch’s tragic past, among the 15 songs shortlisted for the upcoming 94th Oscars. Miranda, who received his first Oscar nomination for the song “How Far I’ll Go” from another Disney flick, “Moana” (2016), has a very good shot to be included among the final five nominees, despite the deep bench of competitors that includes Beyoncé and Ariana Grande. However, similar to how “Let It Go” from “Frozen” (2013) became an undeniable force, Miranda could have been an undisputed frontrunner and the next possible EGOT recipient if “Bruno” had been submitted.

The music, by all measures, is a quintessential sensation. The soundtrack skyrocketed from No. 110 to No. 7 on the Billboard charts last week, along with being the No. 1 album overall on Apple Music and iTunes, the No. 1 song on Spotify’s Top 50 U.S. charts and the video garnering over 30 million views, with an additional 10 million in lyric videos. It’s also been the No. 1 trending music video since its release on Dec. 28. On TikTok, “Bruno” is one of the featured trends, with sounds from the album collecting more than one billion views.

So what’s the reasoning for not putting “Bruno” front and center?

One significant factor is the Academy’s deadline for song submissions, which must be completed by Nov. 1. At that point, the film hadn’t opened in theaters yet and hadn’t screened for critics. So without knowing how audiences will react, studios rely on gut checks and the passions of their talent to guide them.

The same thing happened with the hilarious “Barb and Star Go to Vista Del Mar,” which was released in February 2020 but was eligible for last year’s Oscars due to the pandemic extension. Lionsgate submitted two tracks for Oscar consideration, neither of which was the showstopper “Edgar’s Prayer,” sang by star Jamie Dornan that has him climbing a palm tree and took the internet by storm.

It’s hard to blame Disney entirely, as strategizing for these music races has become increasingly more complex in recent years. Awards strategists don’t want to risk vote-splitting with themselves, or in Miranda’s case, his other eligible songs from other projects this past year that included the musical “In the Heights” from Warner Bros and the animated film “Vivo” from Netflix.

When it comes to “Encanto,” the shortlisted song “Dos Oruguitas” does open the tear ducts with audiences, and strategists may have felt that was the safer bet.

“Encanto,” which is directed by Jared Bush and Byron Howard and co-directed by Charise Castro Smith, is a box office success and doing great numbers on Disney Plus. Lauded by critics and audiences, the film is one of the frontrunners for best animated feature, which could make co-producer Yvett Merino, the first Latina nominated for the prize. 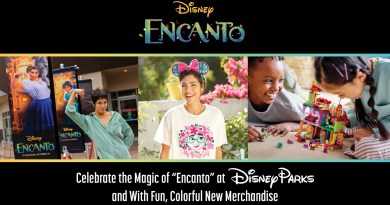 Celebrate the Magic of ‘Encanto’ at Disney Parks and With Fun, Colorful New Merchandise 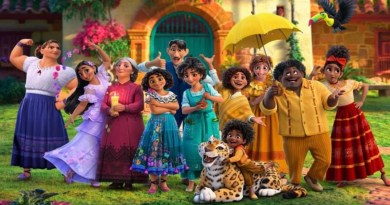 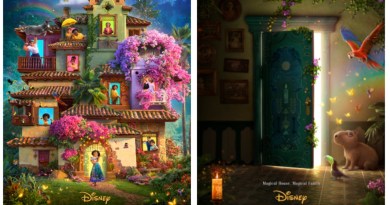 New Trailer for Disney’s “Encanto” Coming to Theaters this November

November 25, 2014April 16, 2020 Michele 0
The Main Street Mouse
%d bloggers like this:
We use cookies to ensure that we give you the best experience on our website. If you continue to use this site we will assume that you are happy with it.AcceptPrivacy Policy