LAKE BUENA VISTA, Fla. (Feb. 1, 2021) – Originated by African Americans and fusing the influences of many different cultures, jazz is a distinctly American art form. This living, breathing music is the basis for the new Disney and Pixar film “Soul,” and now the focus of a new exhibit inside EPCOT at Walt Disney World Resort.

“The Soul of Jazz: An American Adventure” debuts today at The American Adventure, inviting guests on a musical tour of the United States to learn more about this colorful, inspiring and constantly evolving genre of music. This new exhibit features Joe Gardner, the musician, mentor and teacher from “Soul,” as he shares the rich and surprising history of jazz from several influential cities: New Orleans, Chicago, New York City, Los Angeles and San Juan, Puerto Rico.

“Walt Disney Imagineering is thrilled to bring the compelling story of jazz to EPCOT,” said Carmen Smith, Executive, Creative Development and Inclusion Strategies, Walt Disney Imagineering. “Our team was honored to work with jazz experts and institutions across the country to explore the rich history and influence of this truly American musical art form. We hope guests are as inspired by ‘The Soul of Jazz: An American Adventure’ as our Imagineers were bringing this exhibit to life.”

In creating the exhibit, Walt Disney Imagineering collaborated with historians and curators from top jazz institutions, including the Historic New Orleans Collection and the New Orleans Jazz Museum in Louisiana, as well as the Louis Armstrong House Museum in New York. The exhibit showcases historic artifacts from world-renowned jazz musicians, including:

Guests will also soon be able to use the Play Disney Parks mobile app to interact with the exhibit and test their knowledge of jazz.*

This new experience is part of the continuing and historic transformation of EPCOT, as the park celebrates curiosity, discovery and the magic of possibility. For more on EPCOT and Walt Disney World Resort, visit WDWNews.com and DisneyParksBlog.com.

What Collaborators Say About ‘The Soul of Jazz: An American Adventure’

“At the New Orleans Jazz Museum, we work from the idea that jazz is one of the foundations for all American music. We are overjoyed to see a movie that recognizes its importance and are even more happy to participate in an exhibit that celebrates jazz at EPCOT.” – David Kunian, Curator, New Orleans Jazz Museum

“Jelly Roll Morton’s manuscript music, part of the William Russell Jazz Collection at The Historic New Orleans Collection, stands as testament to the genius of one of the originators and unique voices in traditional jazz. More than a performer, Morton was one of the first jazz composers, and his hand-written scores – including ‘Jazz Jubilee’ – are tangible reminders of his legacy.” – Eric Seiferth, Curator/Historian, The Historic New Orleans Collection

About Disney and Pixar’s ‘Soul’

What is it that makes you … YOU? Pixar Animation Studios’ all-new feature film “Soul” introduces Joe Gardner (voice of Jamie Foxx) – a middle-school band teacher who gets the chance of a lifetime to play at the best jazz club in town. But one small misstep takes him from the streets of New York City to The Great Before – a fantastical place where new souls get their personalities, quirks and interests before they go to Earth. Determined to return to his life, Joe teams up with a precocious soul, 22 (voice of Tina Fey), who has never understood the appeal of the human experience. As Joe desperately tries to show 22 what’s great about living, he may just discover the answers to some of life’s most important questions.

Directed by Academy Award® winner Pete Docter (“Inside Out,” “Up”), co-directed by Kemp Powers (“One Night in Miami”) and produced by Academy Award nominee Dana Murray, p.g.a. (Pixar short “Lou”), Disney and Pixar’s “Soul” is now streaming on Disney+ (where Disney+ is available).

*Message, data and roaming rates may apply. Availability subject to handset limitations, and features may vary by handset, service provider or otherwise. Coverage and app stores not available everywhere. If you’re under 18, get your parents’ permission first. 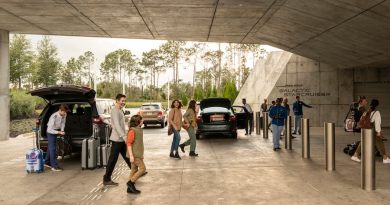 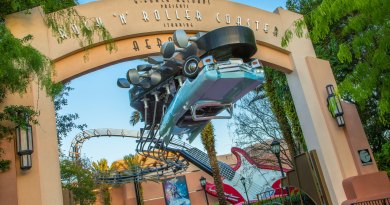 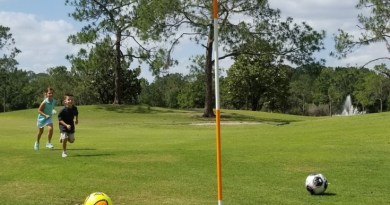 February 26, 2014April 14, 2020 Scott 0
The Main Street Mouse
%d bloggers like this:
We use cookies to ensure that we give you the best experience on our website. If you continue to use this site we will assume that you are happy with it.AcceptPrivacy Policy