With Halloween just a few days away, it’s a frightfully fitting opportunity to unearth some Haunted Mansion magic from a time before the foreboding estate in Disneyland park was inhabited by a lively collection of 999 happy haunts!

For our first-ever Haunted Mansion-themed #ThrowbackThursday, we’ve partnered with the Walt Disney Archives and Walt Disney Imagineering Art Collection to dig up some early imagery and artwork that is sure to make you shriek with delight.

Our “grave” journey into the past begins with a look at the hauntingly beautiful mansion itself… The idea for a haunted house experience, which later evolved into the Haunted Mansion we know today, was included in a concept design sketch by Imagineer and Disney Legend Harper Goff all the way back in 1952, when Disneyland was still being conceptualized. Harper’s artwork originally placed the attraction adjacent to Main Street, U.S.A.

Designers originally wanted to make the outside of the mansion look rundown and abandoned. Walt Disney, however, wanted to keep the outside looking like a stately mansion, letting ghosts take care of the inside.

Inside the Mansion, there’s a labyrinth of spooky surprises! The Walt Disney Archives shared an early image of Imagineer and Disney Legend Blaine Gibson sculpting a “pop-up” ghost in 1968… with a confused frog looking on, too!

Illusions and special effects are part of what make the Haunted Mansion a beloved attraction. Imagineer and Disney Legend Yale Gracey was captured with the infamous Hatbox Ghost in this early photo. You may know that the Hatbox Ghost appeared in the Haunted Mansion for a short time around the opening of this attraction in 1969. However, he materialized to much fanfare once again in 2015.

These last three vibrant illustrations were created by Disney Legend Colin Campbell for the 1969 album “The Story and Song From The Haunted Mansion.” Colin’s original illustrations for the album reside in the Walt Disney Archives collection.

The spooky specter materializing inside the Haunted Mansion, Hatbox Ghost, was also featured on the record album artwork.

This last illustration from “The Story and Song From The Haunted Mansion” showcases the famous ballroom scene featuring some of the mansion’s residents.

Keep checking the Disney Parks Blog for more #ThrowbackThursday stories in the future. 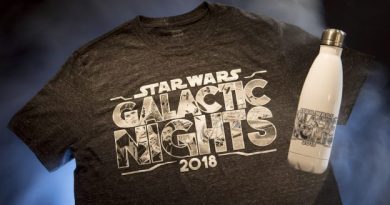 First Look at Exclusive Merchandise and Special Appearances Coming to Star Wars: Galactic Nights on May 27 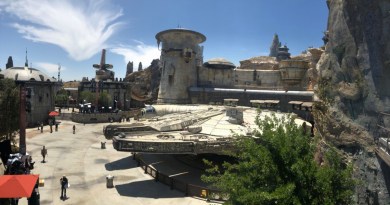 20 Super Cool Ways to Have Fun This Summer at the Disneyland Resort – Including Star Wars: #GalaxysEdge 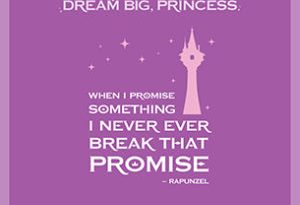 March 23, 2014April 16, 2020 Scott 0
The Main Street Mouse
%d bloggers like this:
We use cookies to ensure that we give you the best experience on our website. If you continue to use this site we will assume that you are happy with it.AcceptPrivacy Policy