Disney’s released their first trailer for “Raya and the Last Dragon” and it looks like it’s gonna be an action-packed adventure!

The film will feature “Star Wars: The Last Jedi” star Kelly Marie Tran, who voices Raya. In a recent interview with EW, Tran spoke on the fact that her character in the film isn’t a traditional Disney Princess–at least, similar to the model most Disney fans grew up with.

“She is someone who is technically a princess but I think that what’s really cool about this project, about this character, specifically is that everyone’s trying to flip the narrative on what it means to be a princess,” Tran explained. “Raya is totally a warrior. When she was a kid, she was excited to get her sword. And she grows up to be a really badass, gritty warrior and can really take care of herself.”

If you haven’t already read it, here is the official synopsis for the film from Disney:

Long ago, in the fantasy world of Kumandra, humans and dragons lived together in harmony. But when an evil force threatened the land, the dragons sacrificed themselves to save humanity. Now, 500 years later, that same evil has returned and it’s up to a lone warrior, Raya, to track down the legendary last dragon to restore the fractured land and its divided people. However, along her journey, she’ll learn that it’ll take more than a dragon to save the world—it’s going to take trust and teamwork as well. From directors Don Hall and Carlos López Estrada, co-directors Paul Briggs and John Ripa, producers Osnat Shurer and Peter Del Vecho, and featuring the voices of Kelly Marie Tran as Raya and Awkwafina as the last dragon Sisu, Walt Disney Animation Studios’ “Raya and the Last Dragon” opens in U.S. theaters on March 2021.

Similar to many other upcoming releases from The Walt Disney Company, due to the recent COVID-19 pandemic, the release date for this film has been pushed back to March of 2021. The movie was originally meant to be released November 25, 2020.

Will you be seeing Raya and the Last Dragon when it hits theaters next year? Let us know in the comments below! 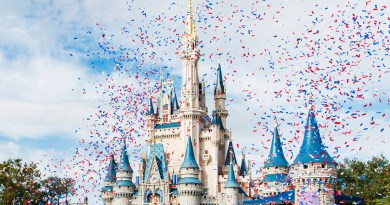 Super Bowl LIV MVP Patrick Mahomes Is ‘Going to Disney World!’ Monday for Celebratory Parade and Sharing the Spotlight with a Make-A-Wish Child 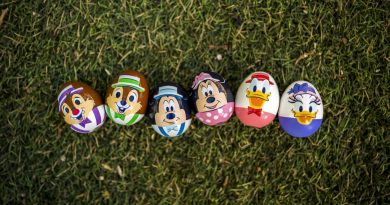 Cool Off in Our Favorite Shady Spots at Disneyland Resort

July 30, 2017April 16, 2020 Guest Blog
The Main Street Mouse
%d bloggers like this:
We use cookies to ensure that we give you the best experience on our website. If you continue to use this site we will assume that you are happy with it.AcceptPrivacy Policy