Cast members at Walt Disney World Resort are keeping the Disney magic alive with impactful acts of kindness. Ahead of the Easter holiday, 200 local seniors received a special surprise with their Meals on Wheels delivery –  Easter lilies donated by Walt Disney World.

The story behind this magical moment begins with a cast member, Michelle Giger Rohrmann, who manages the nursery where the flowers were grown. Michelle and her team realized that with Walt Disney World temporarily closed, the lilies intended for springtime decorations in our parks and resorts could still spread joy.

The flowers were gifted to the Osceola Council on Aging and added to Meals on Wheels deliveries near Walt Disney World. Each Easter lily has now found a new home with local elderly residents who are practicing social distancing during this time. While reflecting on her team’s efforts, Michelle said, “I’m glad that they are able to be enjoyed by these folks. I hope this will be a bright spot in their day.”

For Michelle and her fellow horticulture cast members, the Easter lilies hold a deeper meaning of coming together as a community in hopes of a brighter tomorrow: “To me, the lily is really symbolic of springtime – after a long, hard winter, the first thing to pop up is a lily. It’s a good representation of how we’ll come out of this together. We’ll pull through this. Better days are on their way.”

Though these flowers won’t be making their way into our parks and resorts this spring, they will still serve as a hopeful reminder that life continues to bloom and grow for seniors in the Greater Orlando community. 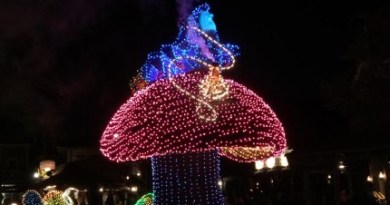 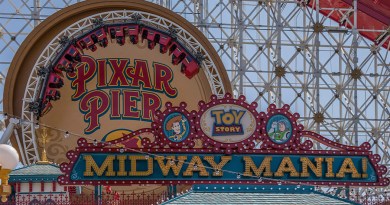 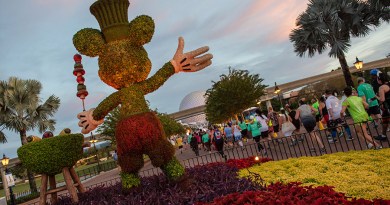 February 16, 2017April 12, 2020 Guest Blog 0
The Main Street Mouse
%d bloggers like this:
We use cookies to ensure that we give you the best experience on our website. If you continue to use this site we will assume that you are happy with it.AcceptPrivacy Policy