Are you planning a journey to Star Wars: Galaxy’s Edge? Then you may want to sneak a peek at this “out-of-this-galaxy” United Airlines’ aircraft, that celebrates the upcoming opening of the film Star Wars: The Rise of Skywalker.

United just introduced a special Star Wars-themed Boeing 737-800 aircraft featuring a Star Wars: The Rise of Skywalker-themed look and onboard experience. The new paint design captures the exotic atmosphere of the Star Wars galaxy and features imagery of iconic Star Wars spacecrafts, including the X-wing and TIE fighter starships. The aircraft’s tail also displays different colored lightsabers against a black backdrop on each side, reflecting the two sides of the Force.

Passengers are greeted with classic Star Wars-themed music during the boarding process, watch an inflight safety demonstration video that features characters from the new film, and enjoy headrests with the emblems of the Resistance and First Order. Commemorative pins will be distributed throughout December to celebrate the movie’s premiere. 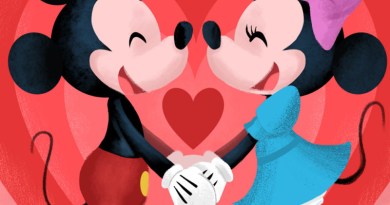 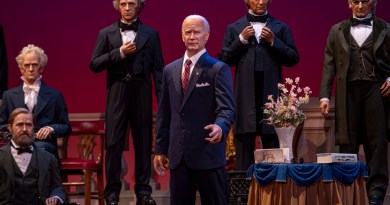 The Hall of Presidents: Sharing the Story of Liberty’s Leaders for 50 Years 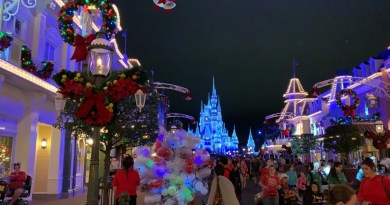 This Mother’s Day, Treat Mom to Something Special from Disney Springs

Light Side or Dark Side of the Force? It’s Time to Choose Your Destiny!

August 31, 2022 Guest Blog 0
The Main Street Mouse
%d bloggers like this:
We use cookies to ensure that we give you the best experience on our website. If you continue to use this site we will assume that you are happy with it.AcceptPrivacy Policy