Minutes ago, we shared an exciting announcement many of you have been waiting to hear – Star Wars: Galaxy’s Edge is opening ahead of schedule on May 31 at Disneyland Resort in Southern California and August 29 at Disney’s Hollywood Studios in Florida.

That’s right – it’s debuting early because of high guest interest in experiencing this new, immersive land.  On opening day for phase one, you’ll be able to live your own Star Wars story and take the controls of the most famous ship in the galaxy aboard Millennium Falcon: Smugglers Run, sample amazing galactic food and beverages, explore an intriguing collection of merchant shops and more.

And for phase two, opening later this year, will be Star Wars: Rise of the Resistance, the most ambitious, immersive and advanced attraction ever imagined that will put guests in the middle of a climactic battle between the First Order and the Resistance and will blur the lines between fantasy and reality.  In light of tremendous demand, Disney made the decision to open the land in phases to allow guests to sooner enjoy the one-of-a-kind experiences that make Star Wars: Galaxy’s Edge so spectacular.

Guests planning to visit Star Wars: Galaxy’s Edge at Disneyland park between May 31 and June 23, 2019 will need valid theme park admission and will be required to make a no-cost reservation, subject to availability, to access the land. Information on how to make a reservation will be available at a later date on Disneyland.com and the Disney Parks Blog. Guests staying at one of the three Disneyland Resort hotels during these dates will receive a designated reservation to access Star Wars: Galaxy’s Edge during their stay (one reservation per registered guest); valid theme park admission is required.

A reservation will not be offered or required to experience Star Wars: Galaxy’s Edge at the Walt Disney World Resort.  And you should know that valid theme park admission to Disney’s Hollywood Studios is required to visit Star Wars: Galaxy’s Edge after its opening on August 29, 2019. Capacity is limited.  Additionally, Star Wars: Galaxy’s Edge will be open during Extra Magic Hours. During Extra Magic Hours guests staying at select Walt Disney World Resort hotels can spend extra time at Disney’s Hollywood Studios enjoying select attractions.  Details will also be available at a later date on Disneyworld.com and the Disney Parks Blog.

To keep you updated on what’s to come leading up to the opening of Star Wars: Galaxy’s Edge, we recently launched our exclusive “Building Batuu” story series and special Star Wars page filled with great stories.

Now, if you’re as excited as we are about experiencing Star Wars: Galaxy’s Edge, we have important information you should know before you go and begin your own Star Wars adventure in a galaxy far, far away.  Please check this post later today for details. 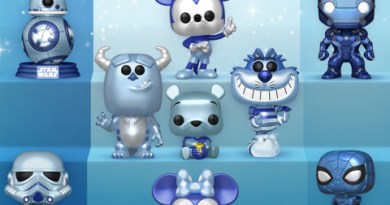 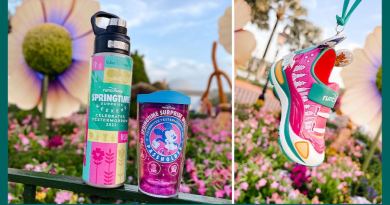 Spring Into Style With a Sneak Peek at 2022 runDisney Springtime Surprise Weekend Merchandise! 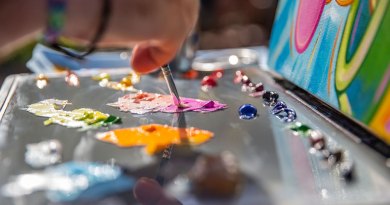 Start Your New Year with Inspiring Art, Food and Entertainment at Taste of EPCOT International Festival of the Arts

November 24, 2013April 16, 2020 Scott 0
The Main Street Mouse
%d bloggers like this:
We use cookies to ensure that we give you the best experience on our website. If you continue to use this site we will assume that you are happy with it.AcceptPrivacy Policy