When you think about The Walking Dead two things come to mind; Zombies and Atlanta. So it’s no surprise when one of the stops for the Walker Stalker Convention just happens to be where the show is filmed. The convention is 3 days filled with all things The Walking Dead and Fear the Walking Dead, from panels to meet and greets to photo ops. This was our first time going and I’ve got to say that we had an amazing time. 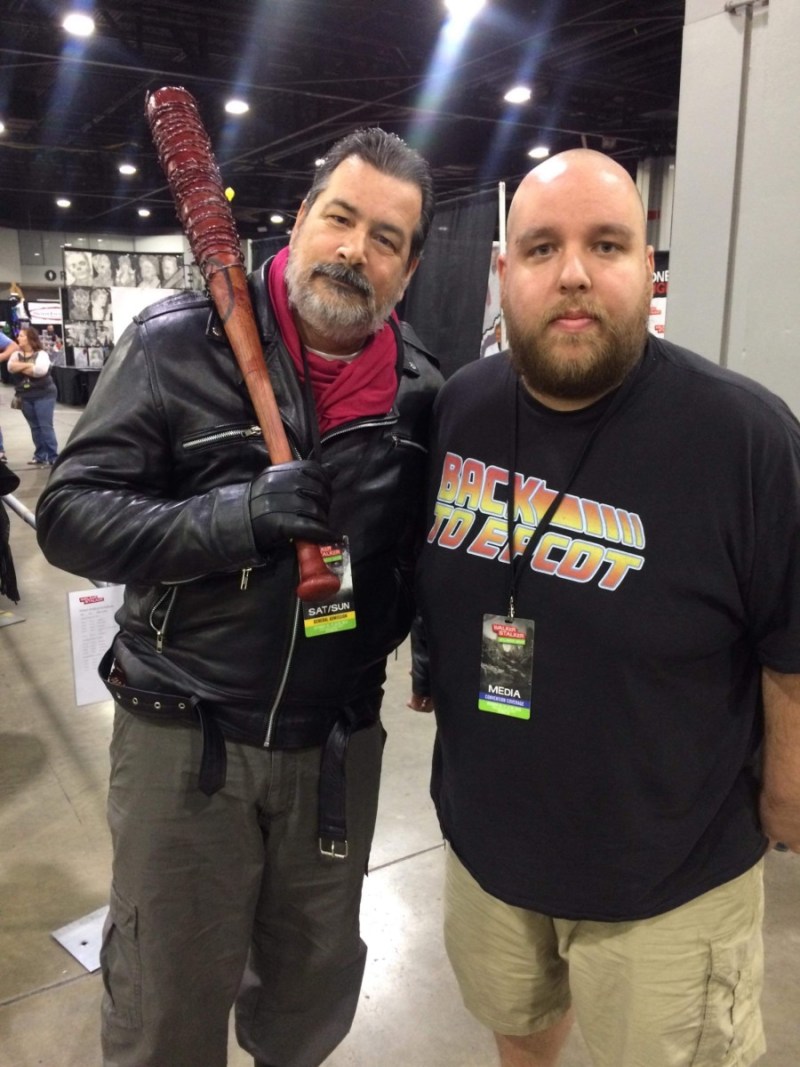 The convention took place at the Georgia World Congress Center which is located in Downtown Atlanta. The convention itself was, for the most part, contained to the main event floor, which housed the meet and greet areas, the photo op areas, the vendor area, and a small live stage area for smaller panels. There was also a much bigger stage for the more high-profile panels. They did also use an auditorium for some of the biggest panels with the biggest stars. For ease of navigating the convention, they were using an app called Gather that had all the information you would need regarding schedules and guest information as well as a map.

For those traveling in from other areas, there are plenty of parking garages and parking lots within a short walk of the convention center. If you are planning to buy tickets to the event those are sold in a tier system with levels varying Platinum, Gold, VIP and General Admission.

General Admission runs between $40-$100, depending on days purchased

As many of you know, The Walking Dead beloved cast member Scott Wilson (Herschel), passed away a few weeks ago, and to honor his memory they set up his booth and allowed all of his fans to honor his memory by signing his banner. In addition, they provided an orange ribbon that people wore to honor him.

While most of the guests offered “selfies” at their booth, the event also sells photo ops with your favorite cast members as well as group photos with multiple cast members. These photo ops tend to sell out, so I would highly recommend purchasing them early so you don’t miss out. The prices on the photo ops depend on the celebrity guest, but  can start at $60 and go upward of $150 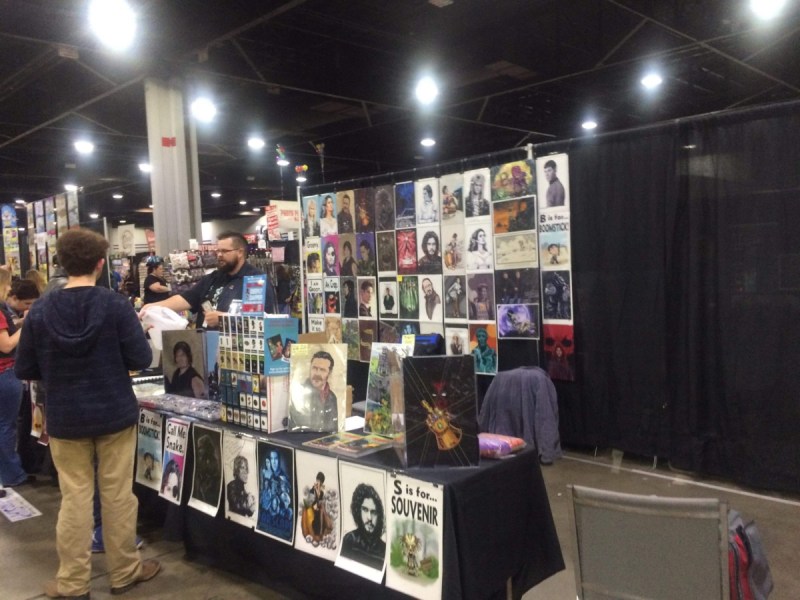 The crowds, while heavy at times, was both easy to navigate and very friendly. We talked to a lot of people while waiting for celebrities and it helped make the time go by. There were also a few free photo ops where assistance was required and everyone helped each other out, which I found to be very nice. I know I helped a few fellow guests capture their pictures at both the Zombie photo op as well as the Stranger Things photo op.

The vendors that were there had some amazing items. We saw everything from tee shirts to collectibles to jewelry to cosplay weapons, but the most unique thing I saw were tattoos. Yes, I said tattoos, and honestly, I thought about getting one. Disney related of course. 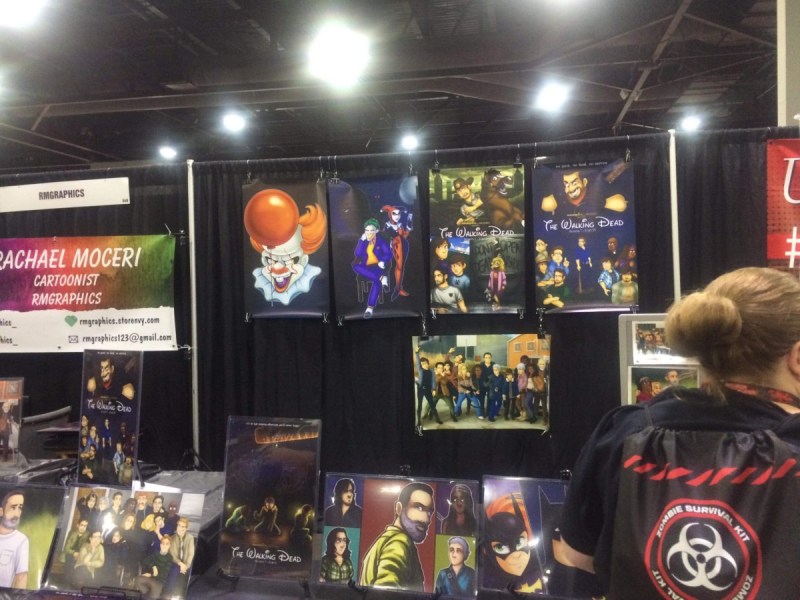 The great part about the World Congress Center when it comes to conventions is they have plenty of areas to sit and charge your devices or just sit and relax if need be. I know I saw a lot of people doing both.

The wait for most of the celebrities we met were short, but I will give you a word of caution. With some of the more marquee names, you will encounter a wait. As I mentioned earlier, they have tiered tickets so if you do not want to wait a while, I would suggest purchasing the Platinum or Gold passes, as they do offer some advantages in terms of lines for autographs. 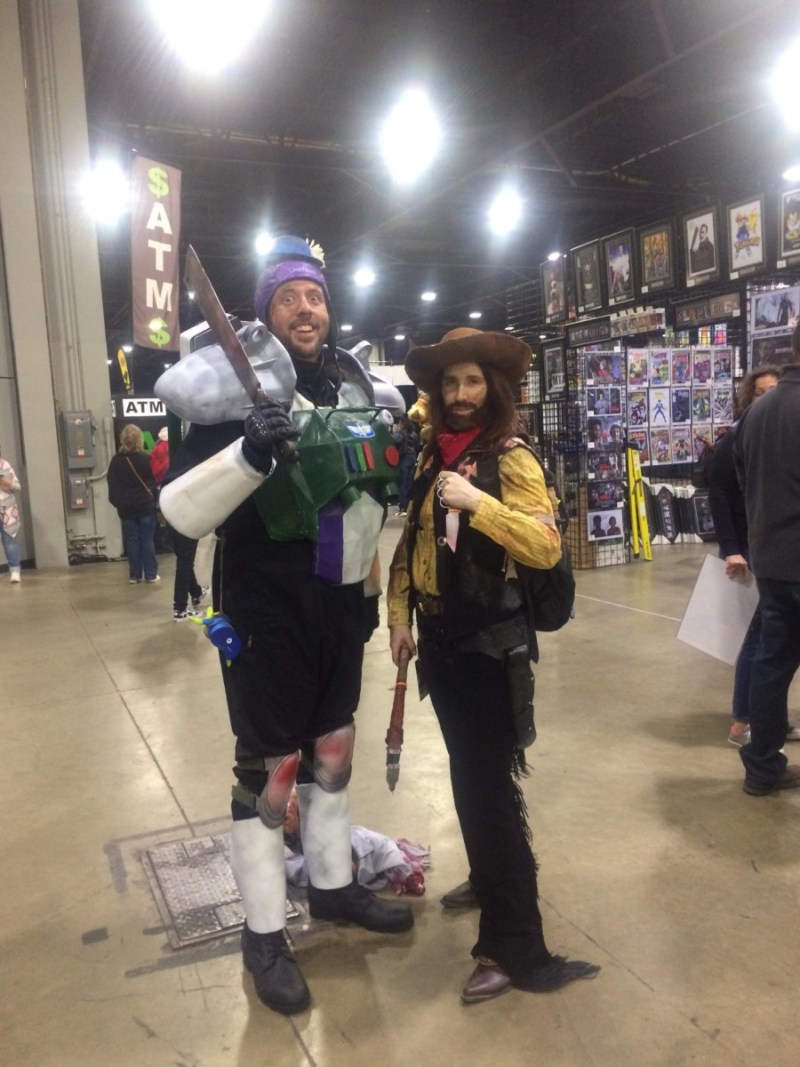 They usually will line up separated by pass tier and then funnel in the guest like fast passes at Disney, with a ratio of all the different tier types starting at Platinum and working towards General Admission.

If you are a fan of The Walking Dead or Fear of The Walking Dead I would highly recommend attending Walker Stalker. They do have events all over the world with events in Chicago, London and Berlin to name a few. For more information on dates and locations check out www.walkerstalkercon.com. You can download the Gather app in iTunes and Google Play stores for free. 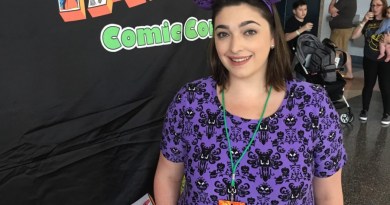 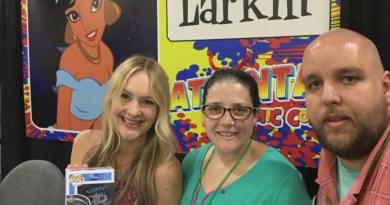 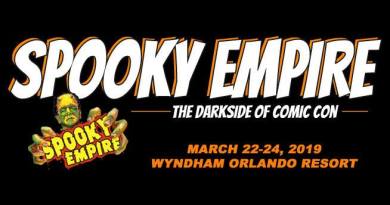 June 19, 2016April 16, 2020 Michele 0
The Main Street Mouse
%d bloggers like this:
We use cookies to ensure that we give you the best experience on our website. If you continue to use this site we will assume that you are happy with it.AcceptPrivacy Policy