This past weekend we headed to Epcot for our third round of Tasting Around the World, well actually it was our fourth time, but the last time we went we didn’t taste anything new.  So our first stop, since it was our fourth visit to Epcot for the Food and Wine Festival, was to pick up our Annual Passholder cutting board. 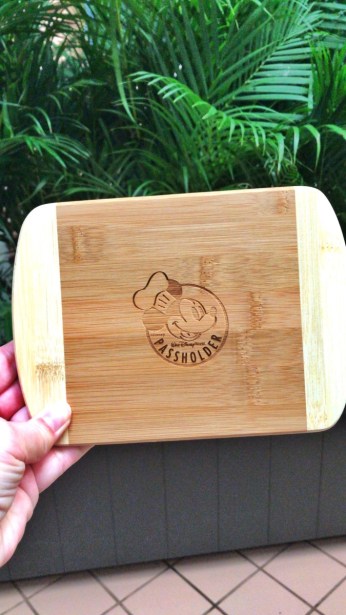 Once the cutting board was acquired, it was time to eat! 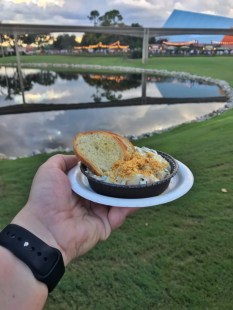 First up was the Baked Shrimp Scampi Dip from the Coastal Eats booth.  This was absolutely delicious.  The dip was super creamy and loaded with shrimp.  There was plenty to share and I would definitely have this again.  The whole family enjoyed this one, even the little ones. 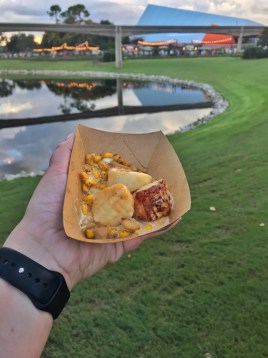 Also from the Coastal Eats booth we got the Seared Scallops with Roasted Corn and Butterbean Succotash and Chii-chipotle Butter Sauce.  The scallops were really good.  Super tender and flavorful.  The butterbean succotash was not my jam, but my husband really enjoyed it. 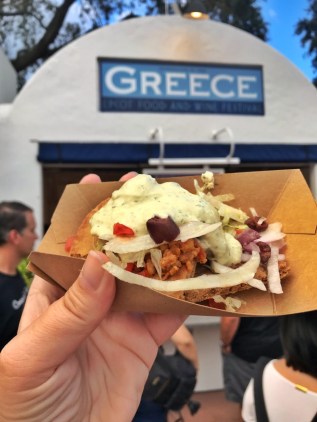 Next up was Greece. Last time we tried the Spanakopita and that was really yummy, but I was really eyeing the Loaded Greek Nachos, so this time I gave it a try.  Originally I steered clear of it because the meatless sausage made me weary, but let me tell you, I’m so glad I tried this one because it was absolutely delicious!  Whatever the meatless sausage was sure tasted like meat to me.  The pita was loaded with greek olives, lettuce, onion, meatless sausage, and Tzatziki sauce.  All the flavors were spot on and I would definitely order this one again! 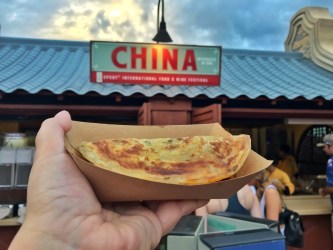 Next stop on our World Tour was China.  I’ve been seeing the Xi’an Pancake with Beef posted on Instagram for a while now and people saying how yummy it was so I strayed away from my usual that I get here to try it and it did not dissappoint.  It was really flavorful.  Inside the pancake is super tender beef with some kind of sauce that had a little kick to it.  Unfortunately the beef is so saucy that you can’t pick up the pancake and eat it, you need a fork, but that’s ok, it was still really good.  My daughter got her usual chicken dumplings and my husband stuck with the Black Pepper Shrimp that I reviewed last time. 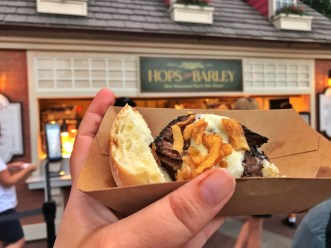 Last stop of new food that we tried this week was the New Brunswick slider from the Hops and Barley booth.  This was really good and full of flavor.  My husband gave this two thumbs up.  My oldest daughter and I stuck with our New England Lobster Roll and my two little ones stuck with the Freshly Baked Carrot Cake.  All of us left very satisfied from this booth.

So that’s it from this week’s Tasting Around the World.  There are still so many things that we want to taste, so hopefully we can squeeze them in before the festival ends on November 12th.  The weather in the evenings is starting to cool off a little bit and makes Tasting Around the World a lot more enjoyable, so head on over to Epcot before the festival ends to enjoy some of these amazing foods!  Happy Eating everyone! 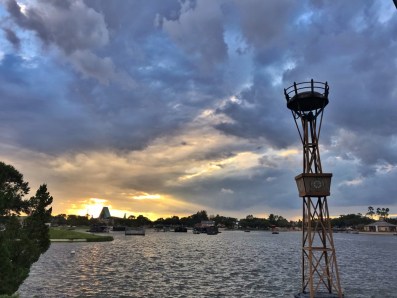 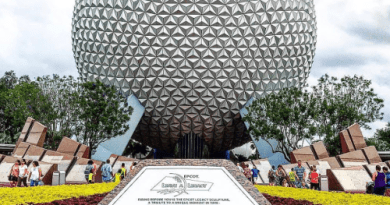 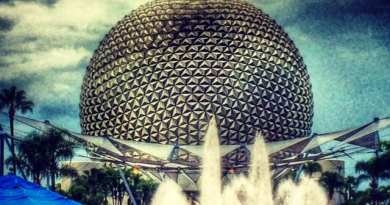 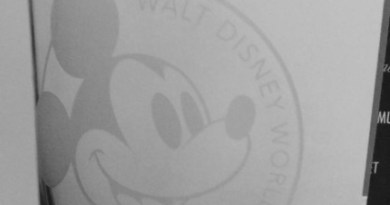 Three Visits to Epcot’s Food and Wine Fest Can Earn You this Great Gift! (AP)

May 13, 2018April 15, 2020 Susanne 0
The Main Street Mouse
%d bloggers like this:
We use cookies to ensure that we give you the best experience on our website. If you continue to use this site we will assume that you are happy with it.AcceptPrivacy Policy