2017 was a whirlwind year for Disney Parks Food & Beverage! From an array of new restaurants to incredible culinary creations, we have so much to celebrate. Here are just a few highlights from Walt Disney World Resort and Disneyland Resort this past year. 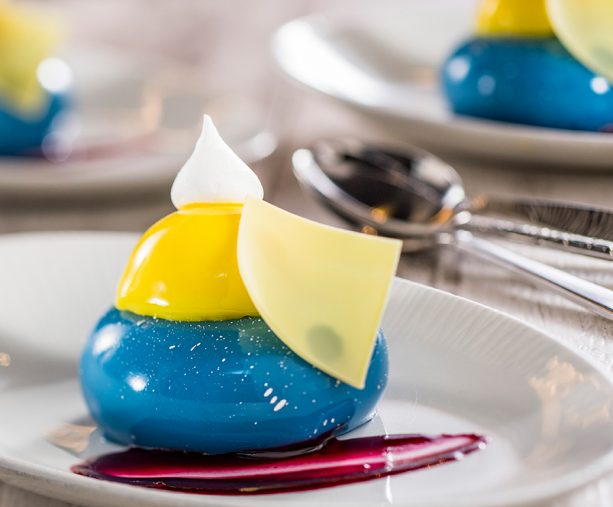 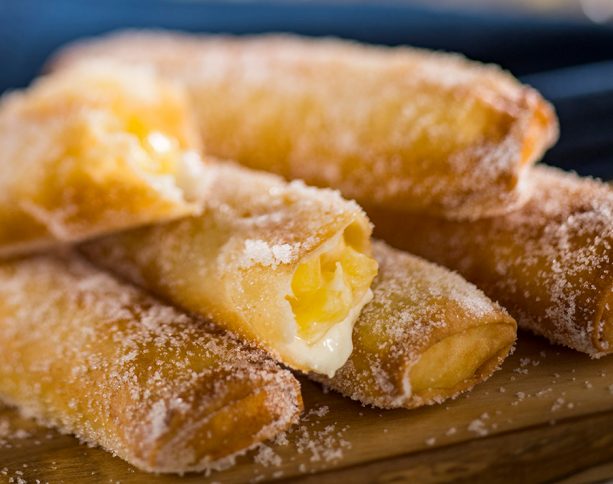 At Walt Disney World Resort, Disney’s Animal Kingdom Theme Park celebrated the opening of Pandora – The World of Avatar. Inside this incredible immersive land sit Satu’li Canteen and Pongu Pongu, which offer some delicious items that have become must-try experiences for visitors to the Valley of Mo’ara. At Satu’li Canteen, the Build-Your-Own Bowl and the blueberry cream cheese mousse have become two of the most popular offerings. And at Pongu Pongu, the Pineapple Lumpia has been a hit among guests. 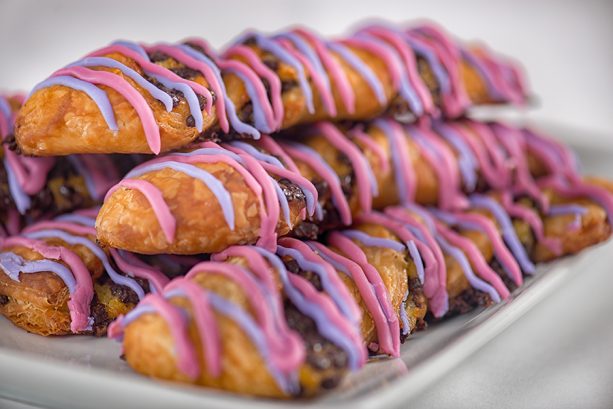 At Magic Kingdom Park, Casey’s Corner introduced the popular All-Beef Hot Dog of the Month. Among the 12 hot dogs created this year, the Buffalo Chicken Hot Dog, Cheeseburger Hot Dog, and Taco Dogs were guest favorites! On the sweet side, Cheshire Café introduced Cheshire Cat Tails – delicious chocolate pastry twists decorated with purple striped icing. And over at Aloha Isle, the popular pineapple Dole Whip® was given a new “twist” and can now be served atop a delicious pineapple upside-down cake! 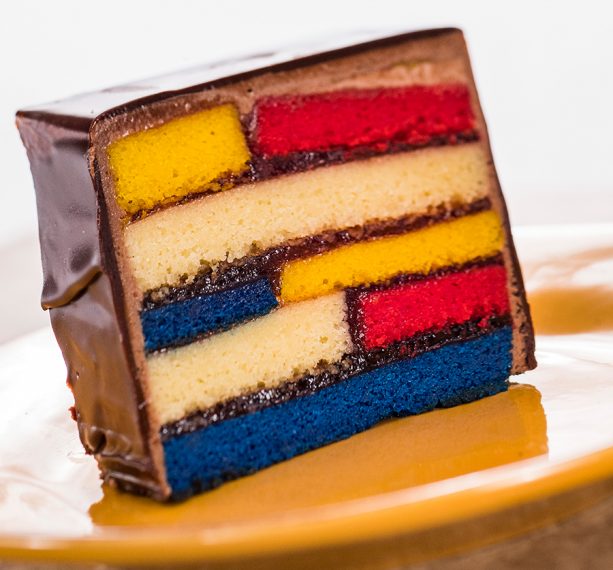 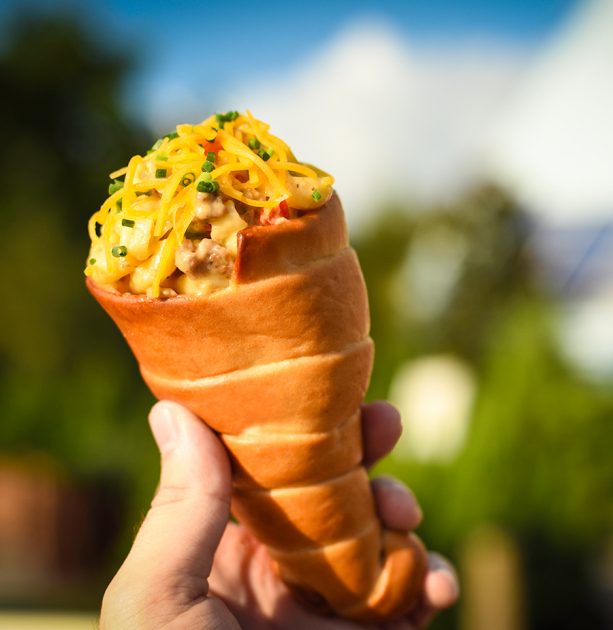 Speaking of special events, Epcot definitely had a year to remember with the inaugural International Festival of the Arts as well as the 35th Anniversary of the opening of the park! With these events came yummy treats like the Almond Frangipane Cake from the International Festival of the Arts and returning once again for this year’s festival; and the return of the classic Handwich, a popular on-the-go snack that originally debuted in the park in late 1980’s, at this year’s International Food and Wine Festival. For the holiday season this year, Epcot introduced the International Festival of the Holidays, which showcased 15 unique Holiday Kitchens. One of the highlights of this festival was the yummy Cheese Fondue, which was found at the Bavaria Holiday Kitchen in Germany. Epcot also saw the opening of Choza de Margarita this fall in the Mexico pavilion. Sitting in the shadow of the iconic Mexico pyramid, this outdoor venue serves hand-crafted margaritas and non-alcoholic Mexican fruit punch as well as tacos and empanadas. 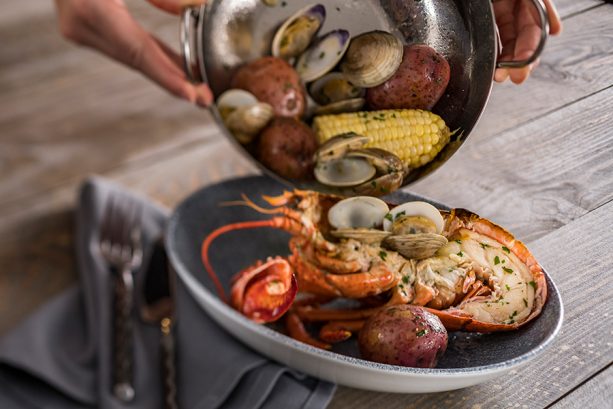 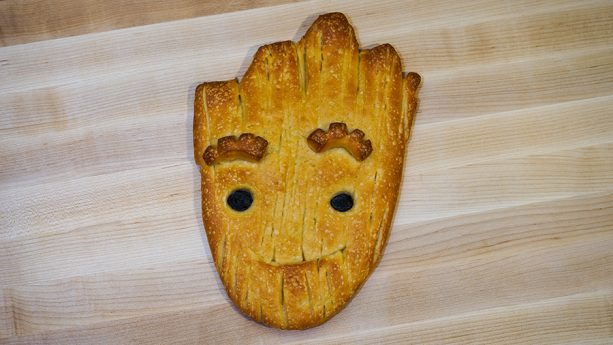 Over in California, Disneyland Resort had quite a year with fun new creations, holiday treats and a couple new openings. One of the most popular items this year was at Boudin Bakery at Disney California Adventure park: Groot-shaped bread! Throughout the year, the bakery offered bread in the shape of popular characters like Mickey, Mater, Groot and Darth Vader. Who know what they’ll come up with next year? 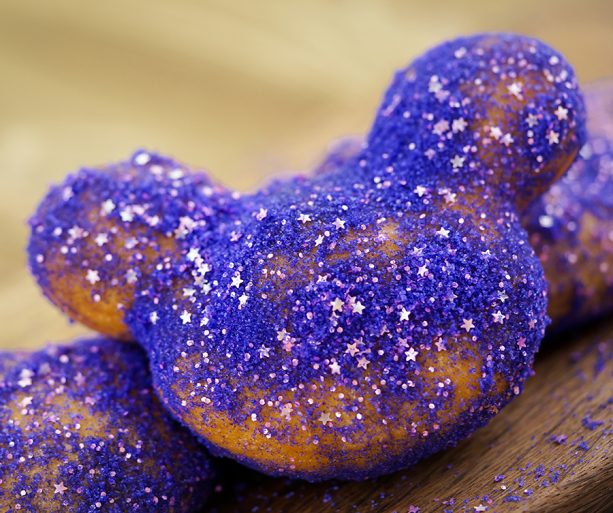 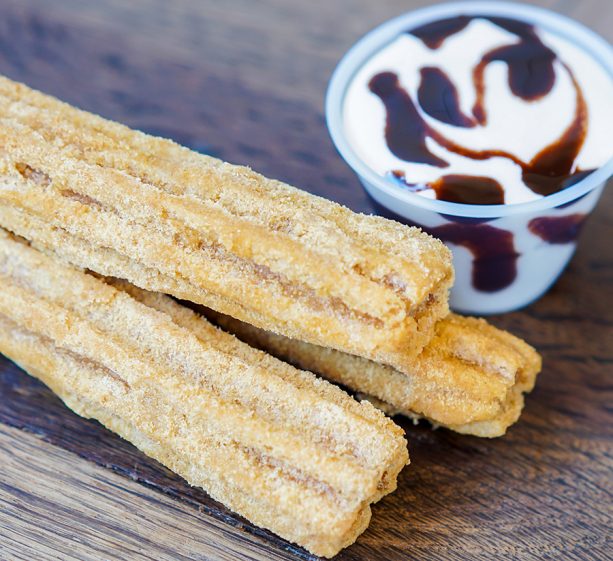 Specialty churros also took center stage as guests flocked to try the sour watermelon, s’mores, pumpkin spice, and peppermint hot chocolate churros offered throughout the year at both Disneyland park and Disney California Adventure park. Mint Julep Bar also got in on the fun with specialty Mickey-shaped beignets, like the Blackberry Beignets that celebrated the return of “Fantasmic!” 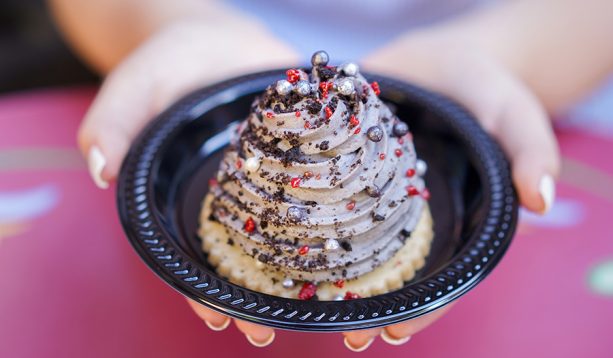 New openings this year included Red Rose Taverne at Disneyland park. With a dash of French flair, this “Beauty and the Beast”-inspired quick-service tavern serves up unique dishes like the Enchanted Cauli-Flower Sandwich. You can even try the Grey Stuff (it’s delicious) for a fun dessert! Another popular location that opened this year is the Tomorrowland Skyline Lounge, where guests can escape the crowds and relax while enjoying desserts and spectacular fireworks. 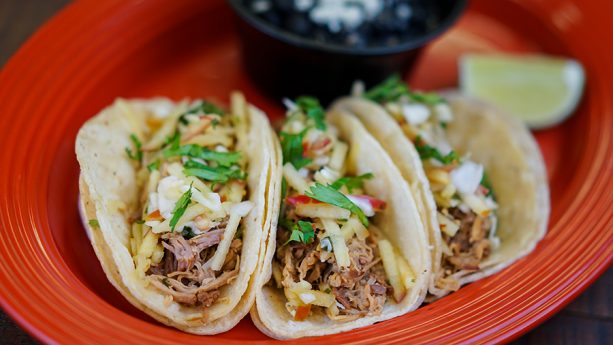 This past Spring, the popular Disney California Adventure Food and Wine Festival boasted over a dozen marketplaces featuring California-inspired cuisine, and will be returning in 2018 for an expanded length of time! Other amazing events this year included Halloween Time at the Disneyland Resort, which introduced the spooky holiday to Cars Land with fun snacks like the Mini Candy Cone Pie; and the Holidays at Disneyland Resort brought festive treats like gingerbread man cookies, pumpkin spice bread pudding and hand-pulled candy canes! 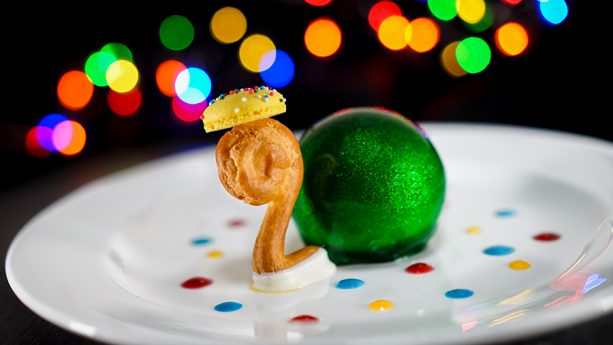 Overall, 2017 gave us tons of fun tastes and sips at the Disney Parks, and we can’t wait to see what 2018 will have in store! What were some of your favorites this year? Comment below! 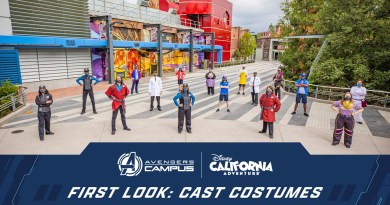 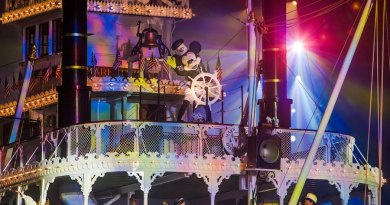 ‘Fantasmic!’ Celebrates 30 Years Today and Gears up for Spectacular Return to Disneyland Park on May 28 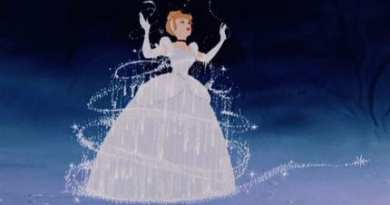 The Most Magical Disney Transformations

October 20, 2017April 16, 2020 Guest Blog
The Main Street Mouse
%d bloggers like this:
We use cookies to ensure that we give you the best experience on our website. If you continue to use this site we will assume that you are happy with it.AcceptPrivacy Policy