Here’s the lowdown from Florida Supercon 2017!

For four days in July, the pop culture universe is centered in south Florida. Florida Supercon, located in Ft. Lauderdale, Florida, has become a destination for everyone’s inner nerd to let loose and come together as one community. The worlds of Star Wars, Star Trek, Doctor Who, The Mighty Morphin Power Rangers, Wrestling, and of course, Disney, all collide in an epic convention celebrating everything that is wonderful in this world. You can walk in and talk to someone dressed as Moana, turn around, and bump into Super Mario. This year it was held at the Broward County Convention center, and you never knew what you’d may find on any given day. The possibilities were endless. 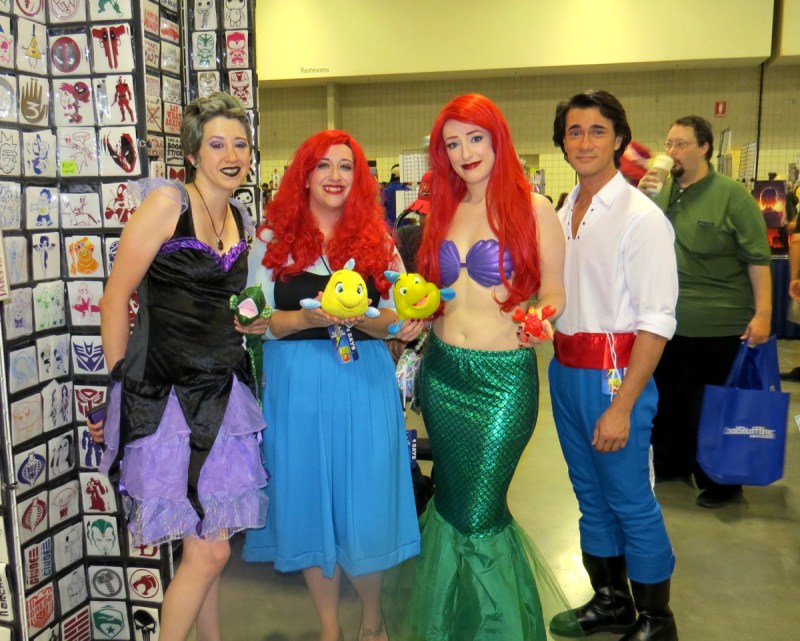 There are many elements that go into making up a convention of this size. The most popular seems to be the celebrities. The celebrities you will find at Florida Supercon range from comic book artists, to voice actors, to movie and television stars , and wrestlers. Some of the more popular guests this year were Chandler Riggs, Josh McDermitt, and Michael Cudlitz from The Walking Dead; Ralph Macchio, Martin Kove, and Willian Zabka from The Karate Kid, and Karen Gillan and Peter Capaldi from Doctor Who. The wrestling world was well represented with hall of famers Ric Flair, Sting, Mick Foley, and Lita. The Disney family was well represented this year with actors and voice actors spanning several generations. The following actors were on hand to meet their fans : Cindy Morgan from Tron, and from A Nightmare Before Christmas, Chris Sarandon (Jack Skellington) and Ken Page (Oogie Boogie). The biggest Disney star that was there you may not have ever heard of. His name is Tony Anselmo, and you have heard his voice everywhere. He voices everyone’s favorite feathered friend, Donald Duck! The other two voice actors were Zach Callison (Prince James from Sofia the First), and BJ Ward (various voices around Walt Disney World). One Disney podcast was represented this year. The Drunk on Disney Podcast with theme park historian and author Guy Hutchinson, and Aqua Teen Hunger Force star Dana Snyder was one of the more popular booths and they held several panels. 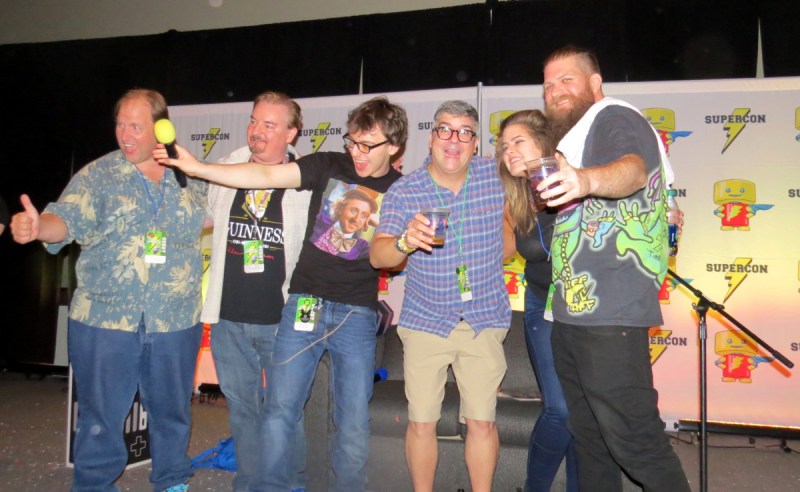 Merchandising! Merchandising Merchandising! A majority of the 1st floor of the convention is turned into a giant geekfest mall. You could find anything from small trinkets to giant paintings. Almost every booth had something Disney at it. Disney artwork was displayed at almost every booth. Many were mash ups with other characters and genres, some were classic portraits. You could find just about every Funko Pop under the sun, and there were walls around every corner filled with them. Several booths even had old Disney Nintendo games. Adventures in the Magic Kingdom, Ducktales, and The Little Mermaid were some of the games that were featured and brought back lots of old memories. A person could easily spend all 4 days walking through the booths and still miss something they were looking for. 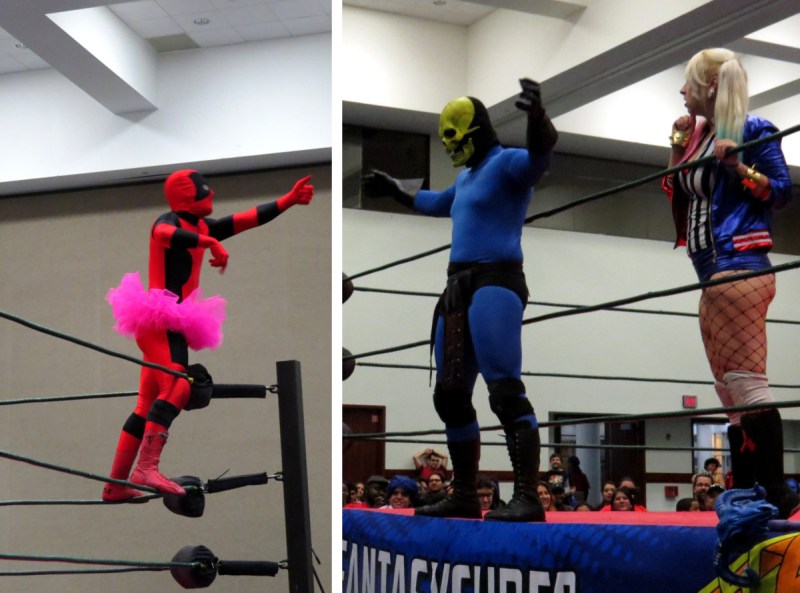 There is always something to do at Florida Supercon. Cosplay wrestling (Fantasy Cosplay Super Wrestling), themed improv shows (Pineapple Shaped Lamps) , and dance parties are some of the more popular slots on the convention schedule. There is a great kid section that is off limits to adults unless they have a child in the area. Crafts, pictures to color, games, books, there is something for every age group. The three activates that stood out to me were the make your own lightsaber, make your own crown, and story time with Guy Hutchinson. Guy has written a children’s book that takes place in a place that is strangely similar to Disney World. I sat in with him for one reading, and the kids ate it up! For us older kids, there are lots of options. Some of the celebrities have Q & A sessions. These are great opportunities to find out more about your favorite celebs and hear stories from the projects they’ve worked on. Throughout the day there are lots of games to participate in and win small prizes. Every game is themed and is loads of fun. Disney Overall Trivia, Forget the Disney Lyrics, Kingdom Hearts Trivia, and Disney Silly Symphonies were the Disney based games that had everyone’s Disney brain turned on. When you put 50-100 Disney fans into one room for some fun games, only magic can happen. Laughing, singing, whispers, and more laughing filled the air as people worked together to figure out Disney puzzles, for prizes such as authentic Disney pins, stickers, and other items. 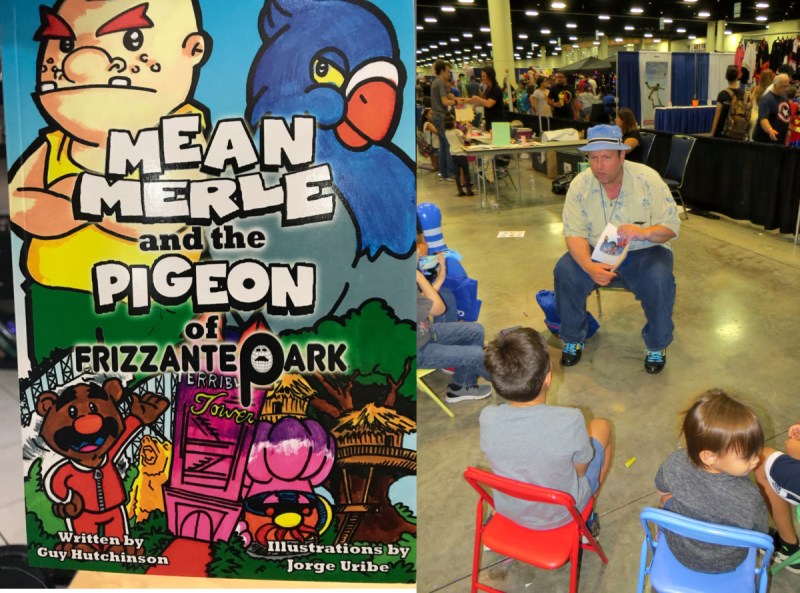 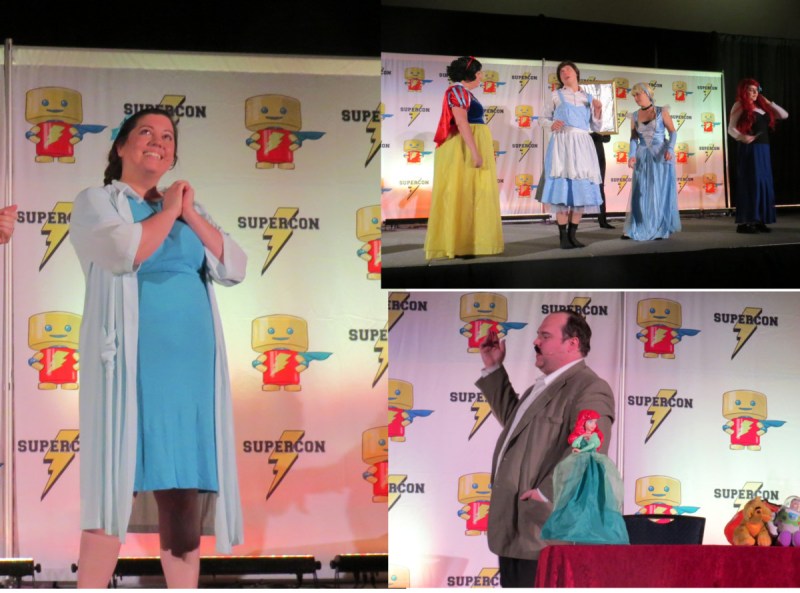 One of the more interesting aspects of Supercon, were the informative panels. They range from all types of topics like video Games, movies, TV shows, and of course all things Disney just to name a few. The following were the Disney panels : History at Disney with Guy Hutchinson, Kingdom Hearts Crash Course, Sesame Place, Epcot before Epcot with Guy Hutchinson, Planning Your Disney Vacation + Special Events, Happily Never After-A Disney Themed Sketch, Disney’s Silly Symphonies, Cancelled Disney, Drunk on Disney Live with Dana Snyder and Guy Hutchinson, Great Movie Ride with Guy Hutchinson, Disney Quest : The Story of Disney’s Arcade Franchise with Guy Hutchinson, Racism & Sexism in Disney, Dana Snyder’s Game Show Spectacular! (It was all Disney and I happened to win it!), and the very last panel of the convention, Disney Roast with Lisa Corrao. The most popular of the weekend was hands down the Great Movie Ride panel. The room was so filled that people were standing. No other panel was like that for the convention. My personal favorite was the Drunk on Disney Panel. A bunch of celebs sat down and just talked Disney. It was great seeing such a large group of diverse people coming together to talk about the one thing that brought us all together, Disney. 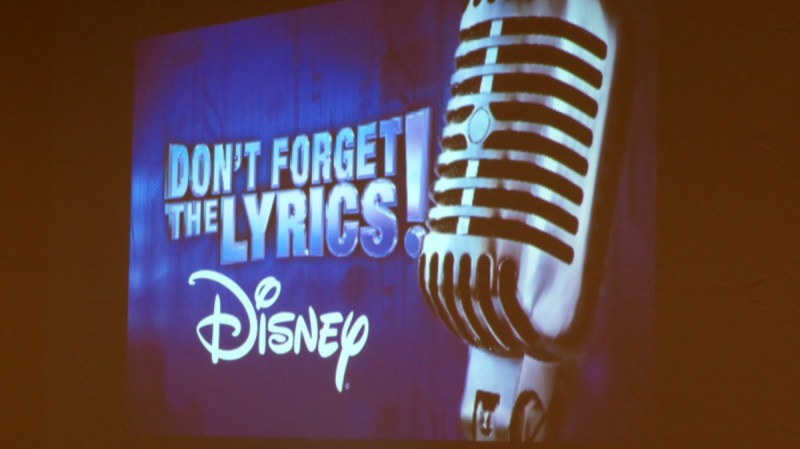 There is one way for fans to participate at Florida Supercon that is both fun and can even earn you some cash. Cosplay! Babies, moms, dads, siblings, grandparents, service animals, and friends can all dress up like their favorite characters from, well, anything! Some people even cosplay as their job. While walking through Florida Superson, you will see camera flashes at every corner capturing a moment with Belle hugging Super Mario, or Darth Vader hi-fiving Moana. The possibilities are endless and your imagination can run wild. For some people the highlight of the entire convention is finding as many cosplayers as they can and the best place to do that are the daily Cosplay contests. At the contests, people strut their stuff in front of a panel of judges to win trophies and cold hard cash. This is also a great way to get ideas for your trip to Mickey’s Not So Scary Halloween party. Disney characters are very common, and for some people, may be their only chance to ever get their picture with Wreck It Ralph, or the Emotions from Inside Up. 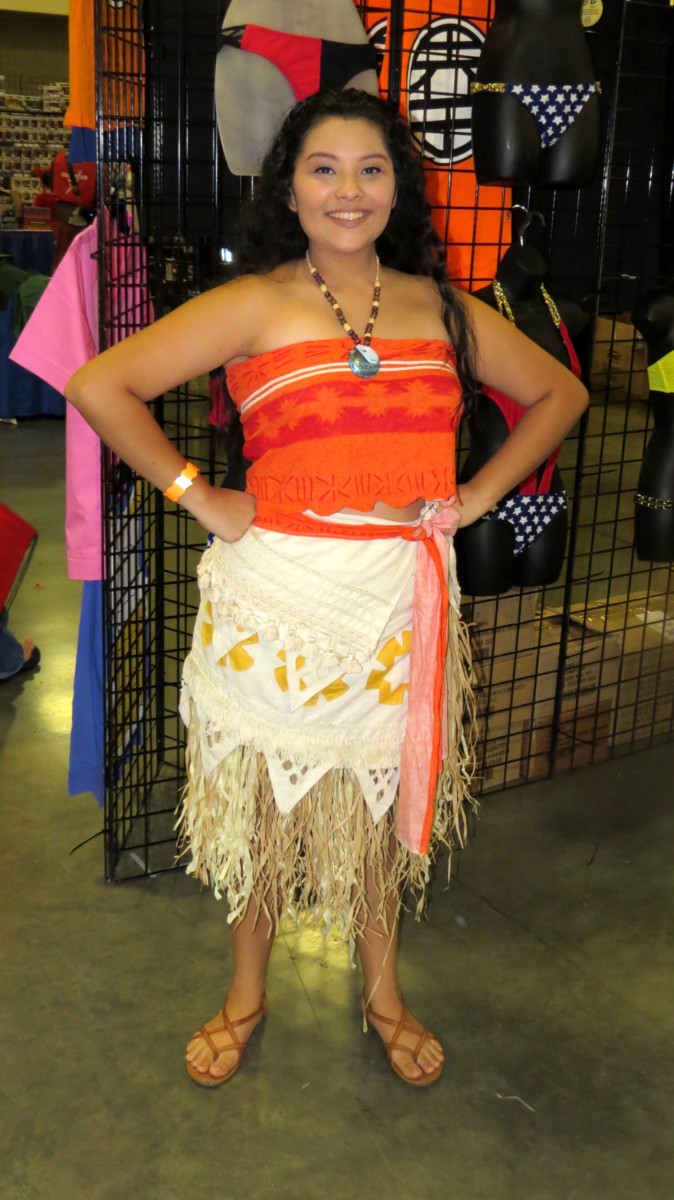 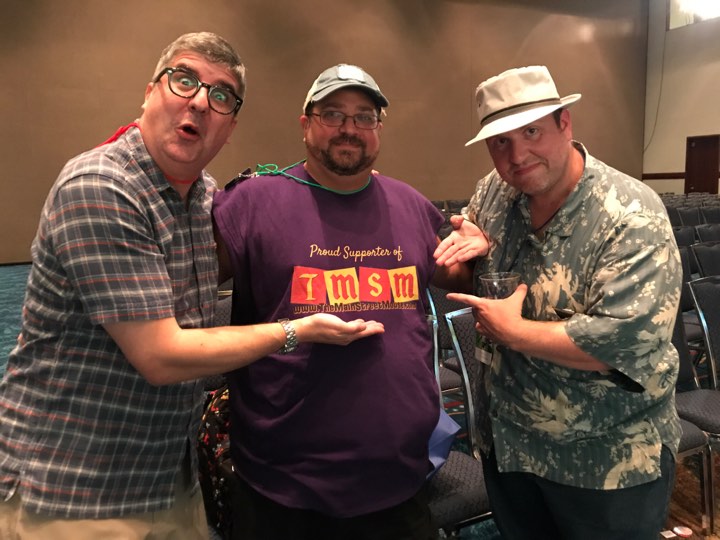 If you can’t make it to Florida for Supercon, there is another one held in Raleigh, North Carolina. Both conventions will make you smile, reminisce, laugh, and for a few hours forget the “real world” is waiting for you to return. You can cut loose and let your inner geek and nerd out, without having to worry about ridicule and hate. An old song from the now extinct World of Motion attraction, sums up the atmosphere you will experience while in attendance. “ It’s fun to be free. To be on the move. To go anywhere, with ever a care to, do all you’ve wanted to do. It’s fun to be free.” Next year Florida Supercon will be held at the Broward County Convention Center from July 12-15. Let your Disney side shine and venture down to south Florida for an epic good time.

Jarett Rutsky
Jarett Rutsky is a Florida native who has grown up going to Walt Disney World. Currently living in south Florida, his fondest memories from his childhood are visiting the parks with all of his relatives. Eventually his love of everything Disney led him to joining the Wald Disney World College Program where he worked mainly in Adventure Land and Frontier Land. He is now happily married and has passed his passion on to his two beautiful daughters. When he isn’t collecting Disney pins or planning his next trip, you can find him watching hockey and football games. IF any local establishments are holding a Disney trivia night, you can find him there on the winning team. He is proud to be a member of The Main Street Mouse family.

Jarett Rutsky is a Florida native who has grown up going to Walt Disney World. Currently living in south Florida, his fondest memories from his childhood are visiting the parks with all of his relatives. Eventually his love of everything Disney led him to joining the Wald Disney World College Program where he worked mainly in Adventure Land and Frontier Land. He is now happily married and has passed his passion on to his two beautiful daughters. When he isn’t collecting Disney pins or planning his next trip, you can find him watching hockey and football games. IF any local establishments are holding a Disney trivia night, you can find him there on the winning team. He is proud to be a member of The Main Street Mouse family. 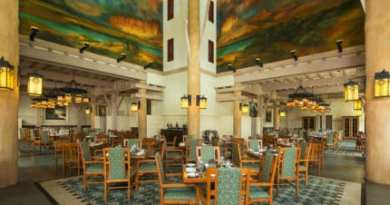 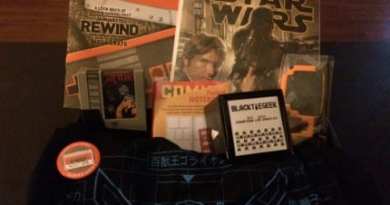 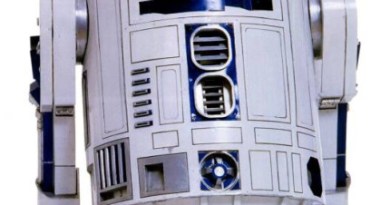 All kids on set of “Maleficent” were scared…. except for one!

December 22, 2016April 12, 2020 Scott 0
The Main Street Mouse
%d bloggers like this:
We use cookies to ensure that we give you the best experience on our website. If you continue to use this site we will assume that you are happy with it.AcceptPrivacy Policy