Disney, Marvel Studios and Lucasfilm presented their live action film slates this morning at the D23 EXPO 2015 at the Anaheim Convention Center in Anaheim, Calif. The presentations, which revealed exclusive news and details about the upcoming live action films, were aided by live and video appearances from talent and filmmakers. Walt Disney Studios Chairman Alan Horn hosted the highly anticipated biennial event.

“It’s quite something to be able to have Disney, Marvel and Lucasfilm all on the same stage, and it’s tremendously gratifying to unveil our upcoming projects to our most dedicated fans first,” said Alan Horn, Chairman, The Walt Disney Studios. “We always have an incredible time at the D23 EXPO.”

A recap of the presentation follows: 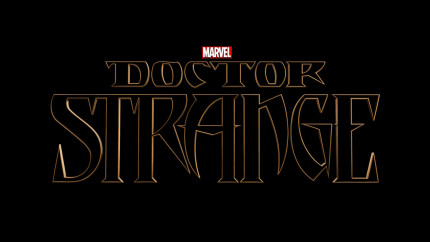 Marvel’s “Captain America: Civil War” picks up where “Avengers: Age of Ultron” left off, as Steve Rogers leads the new team of Avengers in their continued efforts to safeguard humanity. After another international incident involving the Avengers results in collateral damage, political pressure mounts to install a system of accountability and a governing body to determine when to enlist the services of the team. The new status quo fractures the Avengers while they try to protect the world from a new and nefarious villain.

Presented in Digital 3D™, Real D 3D and IMAX® 3D, the film, which is directed by Craig Gillespie and also stars Casey Affleck, Ben Foster, Holliday Grainger, John Ortiz and Eric Bana, transports audiences to the heart of the action, creating a fully-immersive cinematic experience on an epic scale.

“The Finest Hours” is produced by Jim Whitaker and Dorothy Aufiero and Doug Merrifield is the executive producer. The film is based on the book by Michael J. Tougias and Casey Sherman and the screenplay is by Scott Silver and Paul Tamasy & Eric Johnson.  “The Finest Hours” storms into U.S. theaters on January 29, 2016.

Based on Rudyard Kipling’s timeless stories and inspired by Disney’s 1967 animated classic, the film features state-of the-art technology that immerses audiences in the lush world like never before. “The Jungle Book” also features the voices of Bill Murray, Idris Elba, Scarlett Johansson, Giancarlo Esposito and Christopher Walken. Jon Favreau and Brigham Taylor produce and the screenplay is by Justin Marks. “The Jungle Book” hits theaters in stunning 3D and IMAX 3D on April 15, 2016. 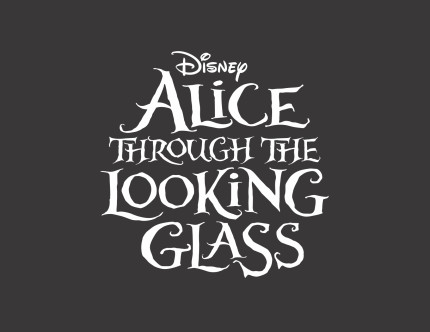 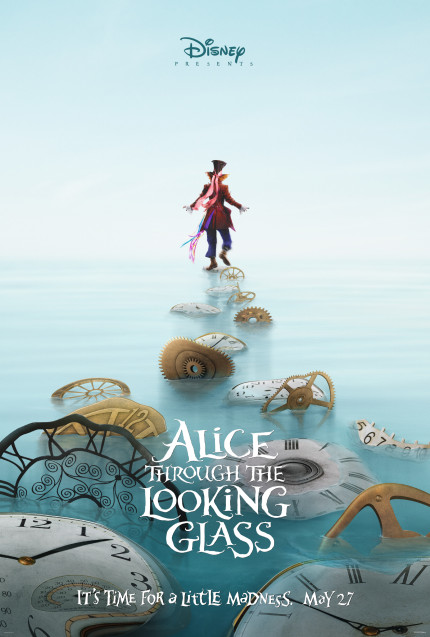 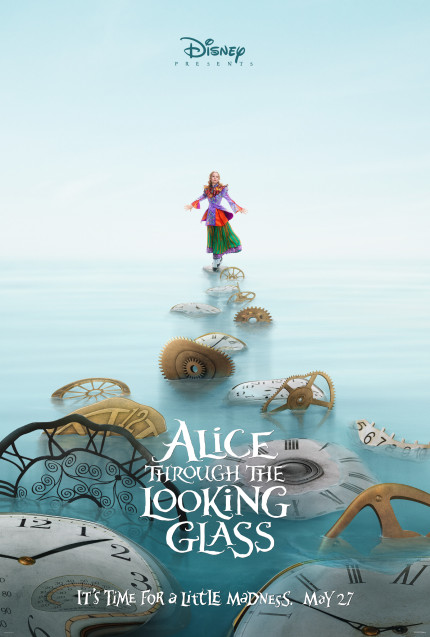 Joe Roth, Suzanne Todd and Jennifer Todd, and Tim Burton produce and John G. Scotti is the executive producer. The screenplay is by Linda Woolverton. Presented in Digital 3D™, Real D 3D and IMAX® 3D, Disney’s “Alice Through the Looking Glass” opens in U.S. theaters on May 27, 2016.

In addition to attending the film’s presentation in Hall D23 at the Convention Center, fans had the opportunity to transform themselves into their favorite characters from Underland with an interactive experience, Travel Through the Looking Glass. By means of a first-to-market face-tracking application, D23 EXPO participants entering one of four photo booths located on the show floor were able to become the Mad Hatter, the Red Queen, the White Rabbit or the Cheshire Cat with full digital-makeup and cinematic 3D objects seamlessly—and instantly—applied to their reflections, and in real time. They were then emailed a 10-second video and still image, which they could share on their favorite social media platforms.

Thrust into an all-new adventure, a down-on-his-luck Captain Jack Sparrow finds the winds of ill-fortune blowing even more strongly when deadly ghost pirates led by his old nemesis, the terrifying Captain Salazar (Bardem), escape from the Devil’s Triangle, determined to kill every pirate at sea…including him.  Captain Jack’s only hope of survival lies in seeking out the legendary Trident of Poseidon, a powerful artifact that bestows upon its possessor total control over the seas.

Moving on to the new Star Wars stories series, Horn touched on the “Untitled Han Solo” stand-alone film, slated for release on May 25, 2018 by reminding everyone that it  will be directed by Christopher Miller & Phil Lord, with Lawrence Kasdan and his son Jon Kasdan writing the screenplay.

The filmmakers have assembled a stellar cast, including Felicity Jones, nominated for an Academy Award® for her leading role in “The Theory of Everything”; Diego Luna, who was featured in 2008’s Oscar®-winning “Milk” and the critically acclaimed “Killing Them Softly”; Ben Mendelsohn, recently nominated for an Emmy® for his leading role in “Bloodline” and co-starring  in the upcoming “Mississippi Grind”; Donnie Yen, Hong Kong action star and martial artist who starred in “Ip Man” and “Blade II”; Jiang Wen, who co-wrote, produced , directed and starred in the award-winning “Let the Bullets Fly” and “Devils on the Doorstep”; Forest Whitaker, recently featured in the critically-acclaimed Lee Daniels’ “The Butler” and winner of an Academy Award® for his leading role in 2006’s “The Last King of Scotland; Mads Mikkelsen, who starred in “The Hunt” and was the memorable villain from 2006’s “Casino Royale”;  Alan Tudyk,  who plays a performance-capture character in “Rogue One,” stars in the soon-to-be-released “Con Man” series and “Trumbo,” which releases this November; and Riz Ahmed, who was recently featured in “Nightcrawler” and starred in the BAFTA-winning film “Four Lions.”

The film is produced by Kathleen Kennedy and is slated for a December 16, 2016 release.

***Disney has not yet released the images of the event, but as they do we will be sure to post them*** 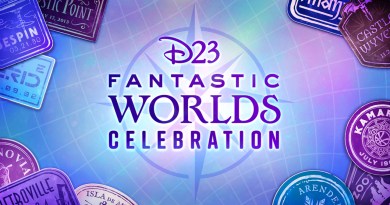 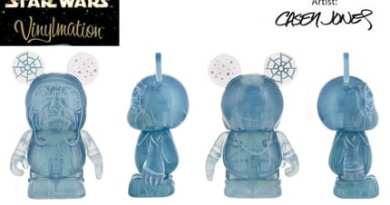 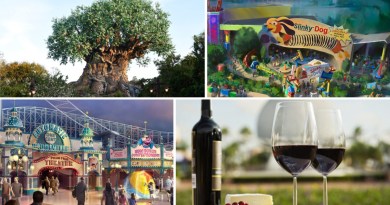 All in the Details: Slinky Dog Dash Track Completed in Toy Story Land

August 1, 2017April 16, 2020 Guest Blog
The Main Street Mouse
%d bloggers like this:
We use cookies to ensure that we give you the best experience on our website. If you continue to use this site we will assume that you are happy with it.AcceptPrivacy Policy