From characterless rides down Main Street, to parades and stage shows to meet and greets and Easter Egg Hunts with all the Disney flare one could expect and more. That is what we see when look down the road behind us at the Easters past done Disney style. From Disneyland to Disney World we have come to expect Disney to make a holiday into a memory. And well this is just a taste of these memories starting way back at the begining (or well a year after the beginning). 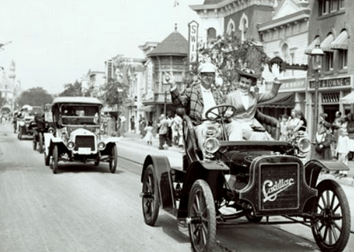 Take away the characters, remove the horses and music and you have Disneyland on Easter Sunday 1956. Yes, believe it or not the first Easter done Disney style was far from Disney. Cruising down Main Street in cars the members of the Horseless Carriage Club brought in nearly 50 cars and recreated an Old Fashioned Easter Parade. The only real signs of Disney may have been found in the buildings lining the street that day or if you dreampt big enough you might have found Magic in the ladies dressed to the hilt and their Easter bonnets. Sure it was Disney style, because it was in the heart of all things Magical Disneyland. But Disney was not done yet, they were planning for another Easter to remember. and another after that in fact they planned for many many many more.

Jumping ahead to Easter Sunday 1977, Disney has raised the bar some by now. Yes they have several vehicles rolling down the streets of WDW and DL. But Disneyland takes this year with so much more. From a Parade to a show complete with the Easter Bunny dancing with the children. Did I mention it was a week long event like none had seen before? With many new Mouseketeers playing their roles in grand style Disneyland was set to change Easter forever. Yet still it is not the Easter Parade that Disney should and could do, that will take several more years to become a Disney Dream come to life. 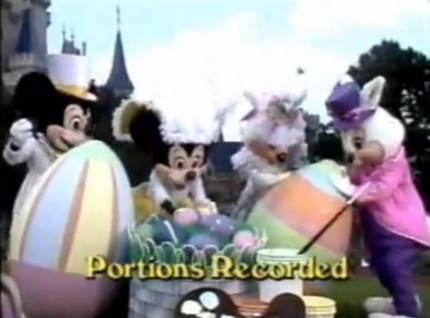 The full on Disney dream does come in 1987 When WDW introduces to the world the Walt Disney World Happy Easter Parade. Only this time, Disney steps it up… not a notch, but all the way to the top televising the entire parade on ABC. This was another first for Disney on this grand of scale, and this is the beginning of several years of Magical Sunday memories for children everywhere. Yes that’s right, for the next nine years Disney made Easter memories the world around from Australia to US troops serving around the globe Disney was proud to share Easter with the world. Then, they recreated Easter with character Meet and Greets for the world famous bunny, a special parade and so much more. 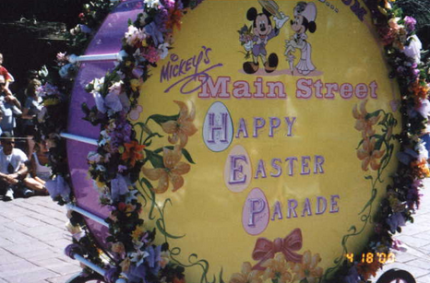 This was the Main Street Happy Easter Parade which saw it’s last days in April of 2000. Though many do not know why Disney ended this Parade, I believe it was to open an even greater Disney Easter tradition to the world. And Disney has, with Parades, fireworks and more all done in huge Disney Fashion. 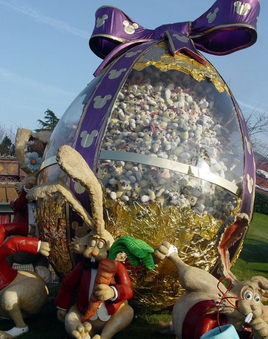 Oh but lest I forget, Disneyland Tokyo and Disneyland Paris also played their parts in Easter done Disney style and trust me they do. Disneyland Paris tops the charts with Easter Village in Fantasyland filled with everything Easter and more. From egg hunts to baskets filled with treats, characters in full bright vibrant Easter colors and a show like no where else on earth Disneyland Paris take Easter to a new level. Then there is Disneyland Tokyo with a parade all full of Disney Magic, reminding me of WDW’s Move It Shake It parade. All this and more is what we have come to expect from Disney and I suspect we will see even more in the years to come… 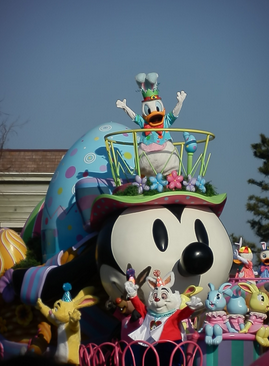 There is so much more to Disney at Easter than Parades of course. There’s the food and treats that fill the air with scents of chocolate and more. There’s the giant Easter Egg hunts and resort events. And all this barely touches the top of Easter at Disney. So this Easter be sure you are making a Easter done Disney style memory.

Now will Disney stop with the parades and fireworks or meet and greets and shows stop? Oh no, this Disney after all and they don’t stop moving forward or at least not for very long.

About me, I’ve become the man behind the Magic of “Where in Disney is Gabriel”. I’m a father extraordinaire and lover of all things Disney. Blessed with the best Ohana anyone could ask for. ºoº – Uriah 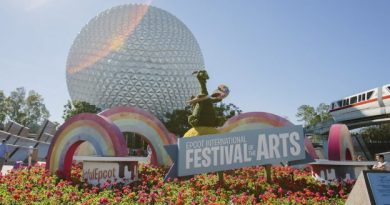 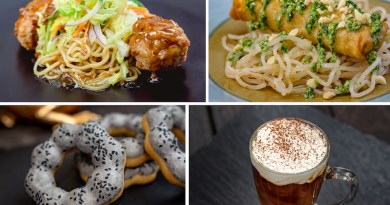 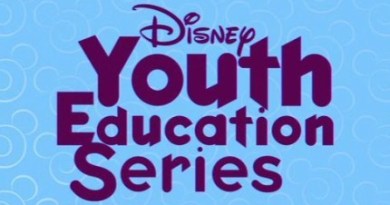 September 30, 2019April 16, 2020 Michele 0
The Main Street Mouse
%d bloggers like this:
We use cookies to ensure that we give you the best experience on our website. If you continue to use this site we will assume that you are happy with it.AcceptPrivacy Policy