Most Disney fans all collect something.  Whether it be park maps, pins, pressed pennies or my personal favorite, Vinylmations.  For the record, I personally collect all four things I mentioned above and so much more.  Yes I need Disney Collectors Anonymous!!!

This article isn’t to focus on all my collections or why I collect certain things, this article has to do with my Vinylmation collection and how I got started, how it’s changed over the years and MY opinion of the hobby. 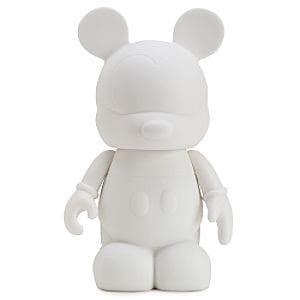 I was first introduced to the Vinylmation when I was in WDW in August 2009.  I saw this little white Mickey shaped figure and thought it was cool, but didn’t know what to do with it.  I knew nothing of them honestly and once I became a collector I realized there were sets out then, I just don’t remember seeing them. I never purchased what we know know as the first Blank Vinylmation.  At this time in Vinylmation history, Park 1 and 2, Urban 1 and 2 and the Clear series were all released.

I came home from the trip and researched and regretted never making that purchase.  It was almost a year later while at the Disney Store in Michigan I made my first Vinylmation purchase.  It was from the Have A Laugh series.  I was like a kid on Christmas.  I opened the box very carefully and saw the foil package.  Which one could it be???  I opened the foil and saw it, my first.  It was Pluto’s Sweater.  Now I had this figure, I had the card (they sill had them at the time), I had the box and foil.  Now what??

Well I did what any collector would, I started buying them.  I started learning and reading more about them.  I started driving the 45 minutes to the Disney Store each weekend and purchased 3-6 each trip.  It was becoming a very expensive habit, but I was hooked.  The Cast Members at the stores knew me and started telling me what was coming in and also they saved the big boxes for me that the 24 little boxes came in.  I bought from each set that made it’s way to the store.  Then I had completed my first set, it was Toy Story.  All these great recreations of the characters, I loved them.  I eventually had to sell part of the set, and regret I had to now but we do what we have to in life.

Now years later, I’m still a big collector.  Bigger now since moving though.  From all the years of collecting from the Disney Store and Disney Store Online I had accumulated a decent collection.  Of course I had my share of duplicates.  I did trade over the years at the Disney Store once they had the mystery blink trading box, and that was fun but never really got any great figures that way.

I kept seeing new series come out, but they weren’t making it to the Disney stores like I had hoped and I’m not really fond of buying these online unless I got a great deal.  I also like picking the box and being able to open it right away.  I kept seeing new series being released in the parks but not in the stores outside of the parks.  I actually started to get away from the hobby for awhile.  Every now and again I would buy a figure here and there from a series I saw in the stores, but didn’t collect like I had before.

Once we moved to Florida, I thought I’ll finally be able to start trading the duplicates I have and expand my collection.  Every time I was in a park or at Downtown Disney I had a figure to trade. It only took me a few weeks but I had traded all but one of my duplicates but 1.  I still have two Woody figures from the Toy Story, but can’t let that one go.  Now when I see a set being released I try to go check it out and buy them as I can.

So the Sleeping Beauty set was released a few weeks ago and I got 2 of them at the Magic Kingoom.  In that first purchase I got Maleficent’s Dragon and Princess Aurora.  I wanted more, so before I left that night I did purchase 2 more.  One was Maleficent’s Goon and the other the Chaser of the series.  Now I realized I had to complete this set.  I’m almost there now, I have gotten all but 2 of them.  I did get another Chaser which I was shocked about.

I really like that they have made most of the new sets to only be 8 total in the series.  It makes it much easier to complete a series.  I can’t tell you how many of Villains 1 I kept buying and I never got more than 4 of the figures. There use to be 12 in most sets and then when they threw in a variant it was a lot of money not to be guaranteed the set in anyway.

So now, just over 2 months of being in Florida, I’m completely back into collecting.  I’m always looking at them in the various locations in WDW.  Good Luck my fellow Vinylmation collectors and fans, I hope you get all the ones you want.. 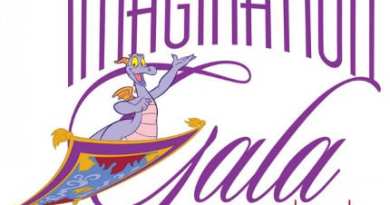 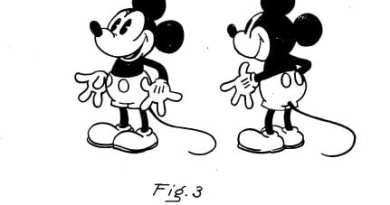 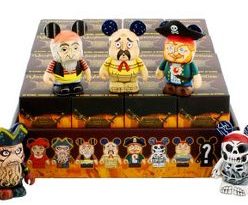 See Some of your Hocus Pocus Favorites in Person!

Elsa’s Snowflake Ornament, How to Make it!

November 16, 2015April 16, 2020 Michele 1
The Main Street Mouse
%d bloggers like this:
We use cookies to ensure that we give you the best experience on our website. If you continue to use this site we will assume that you are happy with it.AcceptPrivacy Policy