Beginning next month on the Disney Fantasy, Pixar Day at Sea will debut with some “incredible” entertainment offerings – and I’m here to give you all the details of what your family can expect on this brand-new Disney Cruise Line experience!

Starting Jan. 7, nine seven-night sailings on the Disney Fantasy will include a day-long celebration dedicated to the beloved tales of Pixar. Featuring an all-new nighttime spectacular, character encounters, dance and pool parties, and activities for the entire family (and did I mention more Pixar characters than ever before?), here’s all that’s in store on this fun-filled day at sea.

Characters will abound during Pixar Day at Sea, including character greetings with some of your favorites from Disney and Pixar’s “Toy Story,” “Monsters, Inc.,” “The Incredibles” and “Inside Out,” along with Miguel (“Coco”), Remy (“Ratatouille”) and Dug and Russell from “Up.” Be sure to keep your ears open for special ship-wide guest announcements from Dug, Dory (“Finding Nemo”), Edna Mode (“The Incredibles”) and Roz (“Monsters, Inc.”).

Fun on the Top Deck

Another way to celebrate the friends you’ve met throughout the day is the “Pixar Pals Celebration,” an interactive, high-energy deck party extravaganza in the early evening featuring many of your favorite Pixar pals.

During the day, your family can ‘just keep swimming’ with a variety of activities – such as “Crush’s Totally Awesome Pool Party,” featuring pool-side games with interactions from the dude himself – and other surprise interactive moments on the upper decks.

At the conclusion of Pixar Day at Sea, The Incredibles will be guests of honor at a super celebration up on deck – and you’re invited! Join Mr. Incredible, Mrs. Incredible and Frozone for “An Incredible Deck Party: Celebrate the Supers” as they receive a smooth sailing award for a spectacular day at sea – that is, until Jack-Jack is discovered on the loose about the ship. Action, antics and surprises ensue, ending with a fireworks finale that will send The Incredibles – and your family – off in super spirits.

In between character encounters, pool parties and deck shows, there will be an abundance of Pixar-themed activities offered on this day at sea, including the chance to meet the Pixar storytellers behind the movies, learn to draw your favorite characters and watch many of the movies at the heart of the celebration.

You will be able to test your memory skills with “Dory’s Memory Game,” get in touch with your emotions at the “’Inside Out’ Game Show, become an honorary member of the Green Army Patrol during “Sarge Says,” make Remy’s favorite dish, Ratatouille, at “Anyone Can Cook” or take the stage with your best jokes during a “Monsters, Inc.” Open Mike Nite. Themed activities created especially for kids will include making music with Miguel (“Coco”), chilling out with Ian (“Onward”) and building their very own Forky (“Toy Story 4”).

Believe it or not, this isn’t all that’s in store for your family on Pixar Day at Sea. Stay tuned to the Disney Parks Blog for more details on what you can expect on this all-new event coming soon to Disney Cruise Line (Hint: there’s a rootin’, tootin’ breakfast you won’t want to miss!). 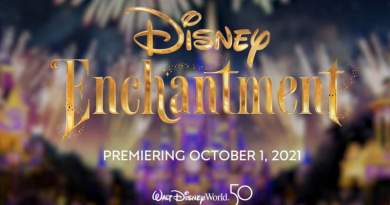 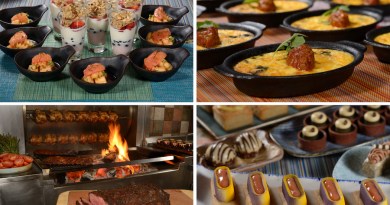 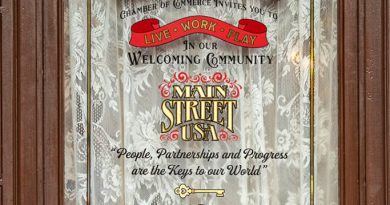 A Window on an Amazing Career

August 5, 2021August 2, 2021 Corey 0
The Main Street Mouse
%d bloggers like this:
We use cookies to ensure that we give you the best experience on our website. If you continue to use this site we will assume that you are happy with it.AcceptPrivacy Policy