From the Disney Parks Blog and written by: Joey McElroy

Disney’s Animal Kingdom Theme Park has a little bit of everything – rare animals, thrilling attractions and some of the tastiest eats at Walt Disney World Resort. It’s also one of the best places to encounter your favorite Disney characters in ways you can’t experience anywhere else! Let’s check out a few of them.

1. Wave as Your Disney Friends Cruise by on a Flotilla

Throughout the day, Discovery River comes alive with
fabulous flotillas featuring some of your favorite Disney characters. Beginning
Sept. 4, keep an eye on the water for the brand-new “Adventure Flotilla,” where
you may spot Launchpad McQuack and Scrooge McDuck from Disney’s “DuckTales” setting
sail, or Russell and Dug from Disney and Pixar’s “UP” exploring the wilderness.

2. Reach Out for a Warm Embrace

If up-close encounters are more your thing, you’ll definitely want to make a pit stop in DinoLand U.S.A. when Donald Duck, Daisy Duck, and Chip ‘n’ Dale return on Sept. 4 … and yes, the chipmunks will be in their iconic dino outfits! Just across the river at Adventurers Outpost, world travelers Mickey Mouse and Minnie Mouse have once again opened the doors of their exploration headquarters and are ready to pose for a postcard-worthy photo as they prepare for their next expedition.

3. Visit the Big Blue… and Beyond with Nemo

Dive into the world of Disney and Pixar’s “Finding Nemo” at “Finding Nemo: The Big Blue… and Beyond!” Talented performers bring characters from the beloved film to life in this spectacular new stage show featuring fan favorite songs such as “In the Big Blue World” and “Go with the Flow.” You’ll swear the original movie must have been a musical, too!

4. See Simba, Timon and Pumbaa at “Festival of the Lion King”

Let’s hear it for the Tumble Monkeys! Timon’s group of high-flying primates are back, once again bringing their acrobatic hijinx to “Festival of the Lion King.” A must-do on any visit to the park, this Disney’s Animal Kingdom staple is jam-packed with singing, dancing and soaring aerial performers.

5. Dine in Harambe at a Restaurant with Character

Any chance to catch up with your Disney friends is great, but doing it while enjoying an African-inspired feast? Now that’s hard to beat. Adding an extra touch of adventure to an already delicious meal, Tusker House gives you the chance to see some of your favorite characters dressed in their safari best as they travel throughout the dining rooms celebrating their latest expedition.

As you can see, there is no shortage of ways to have wild
times with your Disney friends at Disney’s Animal Kingdom. What are some of
your favorites? 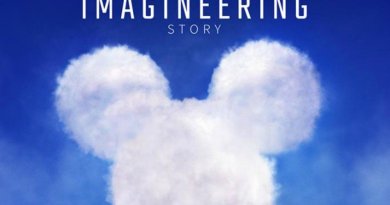 The Imagineering Story, coming to Disney+! See the Trailer 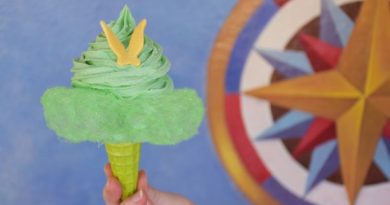 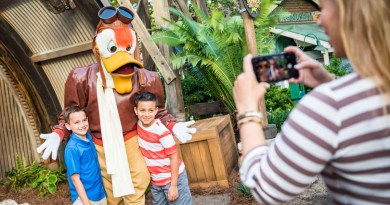 A Look Inside Donald’s Dino-Bash! Celebration at Disney’s Animal Kingdom

Show Us What Makes You Happy About Disneyland Resort on Instagram

July 22, 2014April 11, 2020 Scott 0
The Main Street Mouse
%d bloggers like this:
We use cookies to ensure that we give you the best experience on our website. If you continue to use this site we will assume that you are happy with it.AcceptPrivacy Policy