From the Disney Parks Blog and written by: Justin Rapp

Imagine, it’s 1965. Disneyland is about to celebrate its 10th anniversary. “Mary Poppins” is a global phenomenon. There is talk of a mysterious Disney “Project X” going around. And you are asked to travel the world representing Walt Disney as “Disneyland’s Ambassador to the World.” This was the position Julie Reihm Casaletto found herself in prior to becoming the first Disney Ambassador. Since then, Disney Ambassadors have represented our parks and resorts around the world, for nearly 60 years of memories and stories. This year at D23 Expo you can hear these stories, first-hand, at The Walt Disney Archives Stage with Disney Parks Through the Decades: A Disney Ambassador Perspective. From receiving personal advice from Walt Disney to walking construction sites of our biggest parks and projects, Disney Ambassadors have had an exclusive front-row seat and inside track to all things Disney.

“D23 Expo is where pixie dust is happening,” Julie shared on returning to D23 Expo for the first time since being named a Disney Legend in 2015. While the Disney Ambassador program’s history all started with Julie, she originally turned down the role when it was first offered. Born in Galveston, Texas and moving to California at a young age, Long Beach became her home. After high school Julie went on to study English and Mass Communication at Cal State Long Beach while working weekends as a Disneyland Tour Guide. Those weekend tours led her to her first interaction with Walt Disney. While touring guests along Main Street, U.S.A., Walt had tagged along with her tour. As Julie says, “one lady was unhappy that a man who had not paid was enjoying the details of the tour.” Walt was not recognized by the guest or anyone else in the party and would continue to follow until rounding the corner in Adventureland when Walt winked to Julie and walked away. “It was my first of many occasions to witness Walt’s impish and boyish delight when observing others being in awe of his ‘baby,’ as Walt called Disneyland.”

After two years of leading tours, Julie was encouraged to apply for a new role. With Walt’s commitments continuing to increase and the upcoming “Tencennial” celebration of Disneyland, a new position was created to serve as a representative for Walt Disney and Disneyland to travel the world, speaking for Walt when he could not be there. While the opportunity was once-in-a-lifetime, Julie didn’t wish to lose a full semester of straight A’s in her junior year of college. But with a little convincing from Walt Disney himself, Julie accepted the job. “Walt was instrumental in convincing me the experience would prove to be educational too. He was right!”

“It’s an honor,” Connie Lane Swanson shared on taking to the D23 Expo stage. “It is both the guests and cast members that are the heart of Disney magic.”

Julie, Connie, Debby and other Disney Ambassador Alumni from Hawaii to Paris look forward to sharing their stories at Disney Parks Through the Decades: A Disney Ambassador Perspective on The Walt Disney Archives Stage at 4 p.m. Sunday, only at D23 Expo. We also have an exciting announcement and exclusive giveaway that involves our iconic Disney Parks trees! You will now be able to take the parks home with you like never before, and everyone attending will receive a numbered, collectible medallion.

Learn more at the upcoming panel and stay tuned to Disney Ambassador social channels for more: 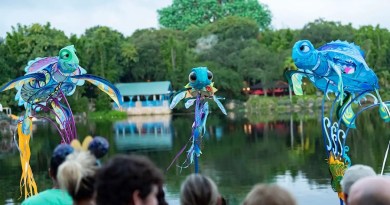 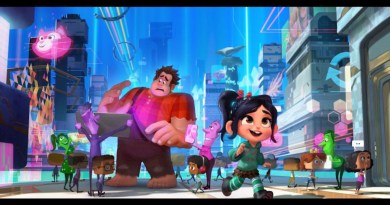 Check Out the Sweet New Trailer for ‘Ralph Breaks the Internet: Wreck-It Ralph 2’ 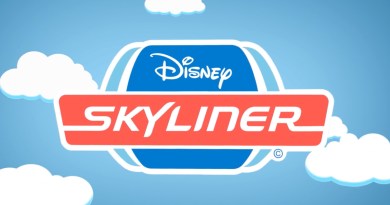 A Look at Disney Skyliner

The 15 Most Important Disney Song Lyrics, According to You

March 1, 2015February 28, 2015 Scott 0
The Main Street Mouse
%d bloggers like this:
We use cookies to ensure that we give you the best experience on our website. If you continue to use this site we will assume that you are happy with it.AcceptPrivacy Policy