Fans of a galaxy far, far away will discover additional, limited-time experiences, character encounters, photo opportunities and more this May and June throughout Disneyland Resort. It all adds to the galactic adventures already found at both Star Wars: Galaxy’s Edge and Tomorrowland in Disneyland park year-round.

In Tomorrowland, Hyperspace Mountain is back for a limited time through July 4! You can once again hurtle through hyperspace while dodging furious dogfights during this high-speed adventure.

Then, make the jump to Star Tours: The Adventures Continue and hop aboard a Starspeeder 1000 for an unforgettable flight to legendary destinations across the Star Wars galaxy. Fun fact: Star Tours is celebrating 35 years of galactic adventures this year!

Captain
Phasma and a detachment of Stormtroopers have returned for a limited time to
patrol Tomorrowland, seeking out Resistance sympathizers and reinforcing the
will of the First Order. Plus, stay tuned for new visitors approaching on the
horizon.

And a trip to planet Batuu would only be complete with a visit to see everyone’s favorite Wookiee, a selfie with R2-D2, and encounters with Kylo Ren and Rey.

See
Yourself in Another Galaxy

For a
limited time, Tomorrowland showcases special photo spots celebrating the
Disney+ original series’ set in the Star Wars galaxy. You can take your
picture sitting on a replica of the palace throne from “The Book of Boba Fett.”
Nearby, recreate the moment in season two of “The Mandalorian,”
when Grogu connected with the Force at the ancient Jedi temple on Tython.

Also,
be on the lookout for Disney PhotoPass photographers offering limited-time Magic
Shots featuring Stormtroopers and K-2SO in Tomorrowland. Another, featuring
Grogu, is located on the outer edges of the galaxy, on
your way to Batuu!

Throughout the month of May and June, new galactic noshes can be found at Galactic Grill in Tomorrowland and throughout Star Wars: Galaxy’s Edge.

Some
of the new items will include:

For the full list of special Star Wars-themed offerings at Disneyland Resort, read the full Foodie Guide to May the 4th and Beyond.

Multiple assortments of all-new souvenirs are available at Star Wars: Galaxy’s Edge and Tomorrowland throughout the month of May and June while supplies last, including new droid builds, lightsaber hilts and more.

Starting May 4 at the Downtown Disney District, Star
Wars Trading Post will be expanded to offer additional merchandise.

Guests will find more limited-time photo opportunities
in the district, too, including a Star Wars-themed sand sculpture and more.

Plus, visit The LEGO Store through May 4 to help a LEGO Master
Builder build an 8-foot-tall Yoda model, on display until May 8. Build times will
be posted daily.

Over at Disney’s Grand Californian Hotel & Spa, check out an out-of-this-world lobby display, plus Star Wars-themed treats, including a Star Wars Sugar Cookie, a Wookiee Cookie and Pretzel Lightsabers available for purchase in the lobby, all while supplies last. Additionally, during select nights in May, guests staying at one of the hotels of the Disneyland Resort may be able to experience movie nights featuring Episodes VII – IX from the Skywalker Saga.

Whether your allegiance is with Rebellion or Empire,
Resistance or First Order, it’s time to live your own Star Wars adventure in a bigger way than ever before at Disneyland Resort.

Entertainment,
experiences, and offerings may be modified, limited in availability or
unavailable, and are subject to restrictions, and change or cancellation
without notice. Theme Park reservations and valid admission for the same Park
on the same day are required for Park entry. Park reservations are limited,
subject to availability and not guaranteed. Park admission and offerings are
not guaranteed. Visit Disneyland.com/Updates for important information to know before
your visit, including the latest information on face coverings. 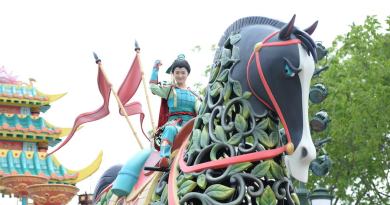 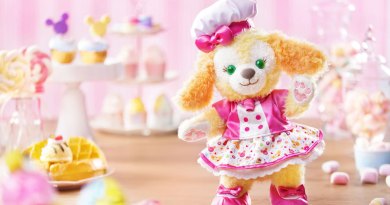 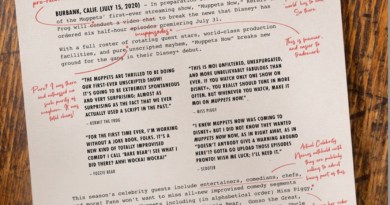 THE LOVERS, THE STREAMERS, AND ME: “MUPPETS NOW” PREMIERES JULY 31 ON DISNEY+

September 18, 2014April 15, 2020 Michele 0
The Main Street Mouse
%d bloggers like this:
We use cookies to ensure that we give you the best experience on our website. If you continue to use this site we will assume that you are happy with it.AcceptPrivacy Policy