From the Disney Parks Blog and written by: Philip Gennotte

Hallo aus Deutschland! Last week, we celebrated the latest milestone, which means we are one step closer to the Disney Wish’s delivery. Today, I’m thrilled to take you on the journey from the Meyer Werft shipyard in Germany to the North Sea, where the Disney Wish entered open water for the first time.

It took about 24 hours to complete the trip on the River Ems – traveling a distance of 26 miles at the slow and steady pace of two knots. The
voyage included navigating locks, drawbridges and tight clearings along the way. Watch the video below to see the action!

This shipbuilding milestone involved great teamwork, precision and attention to detail. Did you know conditions have to be just right to sail the River Ems (including – believe it or not – a full moon to raise the tides for the ship to clear the river’s depth)? That’s not the only factor. The ship must travel backwards, stern-first! Our stern character, Rapunzel, led us fearlessly to the Disney Wish’s new destination.

Not only is this an important tradition for the shipyard and the
Walt Disney Imagineering Germany team, it is special to locals in the Papenburg
and Leer area. The occasion brought out many marveling spectators along the
route. Families even got to wave to some special friends!

Now that the Disney Wish has arrived in Eemshaven, Netherlands, we
will begin a series of tests known as sea trials. Before you know it, summer
will be here and we will be welcoming guests aboard the Disney Wish to
experience their favorite Disney, Pixar, Marvel and Star Wars stories
like never before. Tell us what you are most excited about in the comments
below! 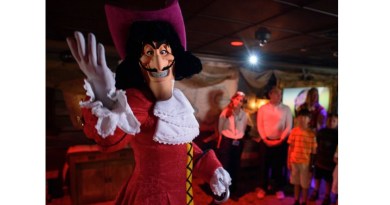 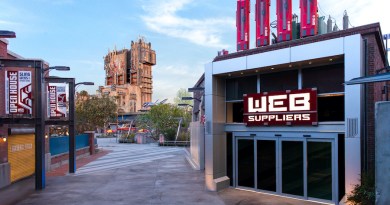 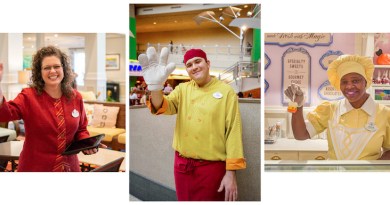 It’s Time to Celebrate an #ExtraDayForMagic

Halloween in July! Commemorating Friday the 13th with Photos from Disney PhotoPass

July 13, 2018April 16, 2020 Guest Blog 0
The Main Street Mouse
%d bloggers like this:
We use cookies to ensure that we give you the best experience on our website. If you continue to use this site we will assume that you are happy with it.AcceptPrivacy Policy