From the Disney Parks Blog and written by: Rena Langley

You know that feeling when you create happiness for someone else? Well, I’ve had that feeling ever since our Chairman, Josh D’Amaro, shared that children visiting through Make-A-Wish and other wish-granting organizations would be among the first to board Star Wars: Galactic Starcruiser. These are some of our most special guests, and I can’t wait to officially welcome these families from all over the country as they embark on their maiden voyage later this week.

It’s such a privilege to help make these wishes come true and tell these stories. We’ve worked with Make-A-Wish for more than four decades, and in that time we’ve granted more than 145,000 Disney-inspired wishes. We’ve spent the past several weeks sharing the news with these families, including this heartwarming moment when one young Jedi named Luke from White Springs, Florida, learned the news:

“Surprising Luke was one of the most special moments I’ve been part of at Disney,” Walt Disney World Ambassador Raevon Redding said. “To see the pure shock and excitement spread across Luke’s face was like nothing else I’ve ever experienced. I can’t wait to see that joy grow as he boards that magnificent ship for the first time.”

Just like Raevon, cast and crew members alike can’t wait to
make dreams – or in this case, wishes – come true. This is one of many reasons
why we’re proud to be cast members.

“Since 1980, Disney and Make-A-Wish have granted more than
145,000 wishes for children with critical illnesses worldwide,” Make-A-Wish
America president and CEO Richard K. Davis said. “I remain inspired by Disney’s
dedication to fulfilling wishes in such a magical way and am delighted that
these families will get to experience this ahead of anyone else.”

This maiden wish voyage is the latest way Disney is giving
back to members of our community, including the recent $3 million donation we
made in honor of the 50th anniversary to important causes throughout Central
Florida. May The Force be with us as we embark on this next effort in making a
world of difference for families as they experience Star Wars: Galactic
Starcruiser. 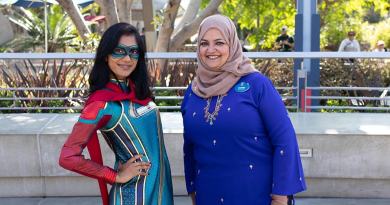 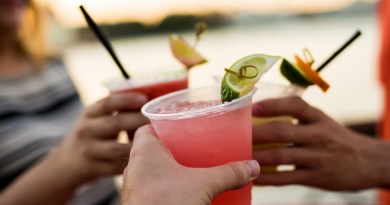 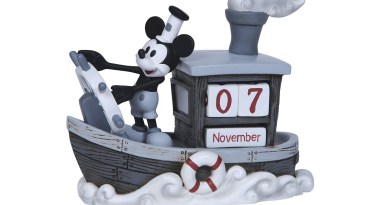 March 25, 2021March 25, 2021 Michele 0
The Main Street Mouse
%d bloggers like this:
We use cookies to ensure that we give you the best experience on our website. If you continue to use this site we will assume that you are happy with it.AcceptPrivacy Policy