According to a report from Deadline, the British pop star plays “a fugitive with surprising abilities who carries with her a secret that could potentially affect an entire kingdom.” Ora’s screen credits include the Fifty Shades of Grey franchise, Fast & Furious 6, Pokémon Detective Pikachu, Twist, Empire, and hosting duties on The Voice UK and Masked Singer UK.

“I can’t keep the secret any longer! I’m beyond excited to be joining the cast of the Beauty and the Beast prequel series,” Ora tweeted in reaction to the news. “As a child, I remember watching Beauty and the Beast with my family over and over and immediately falling in love with the music and characters. Never in my wildest dreams could I have imagined joining this fairytale world.” 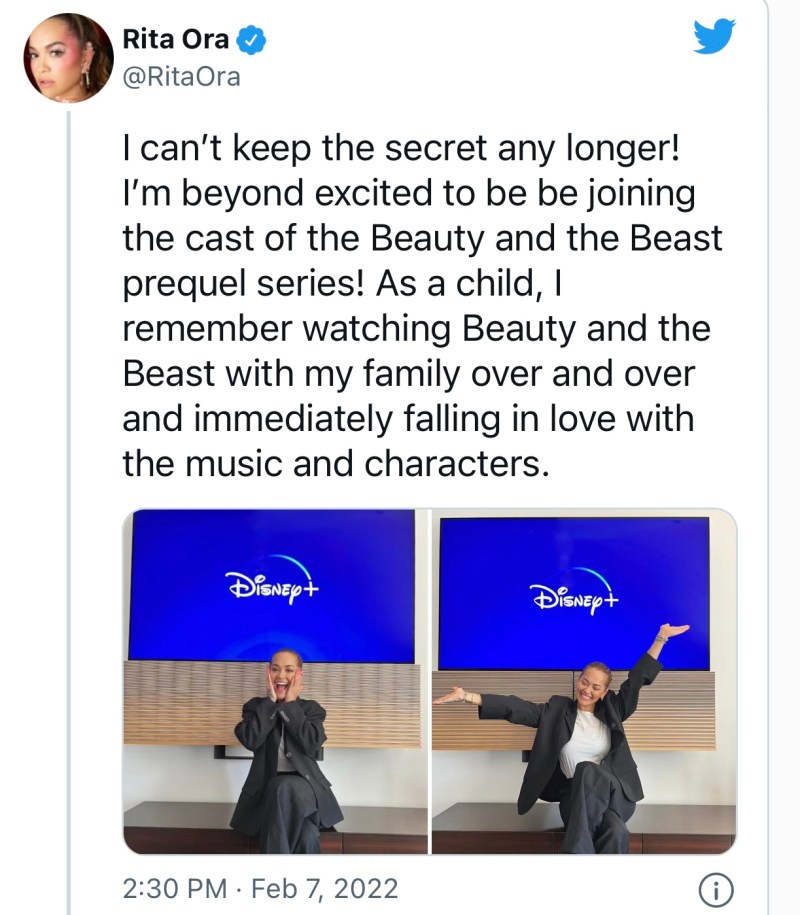 Taking place before Disney’s 2017 live-action re-imagining that starred Emma Watson as Belle and Dan Stevens as the Beast, the spinoff reportedly titled Little Town sees Gad and Evans reprise their roles as LeFou and Gaston, respectively. Ora is the latest to join a cast that includes Briana Middleton (The Tender Bar) as Tilly, LeFou’s step-sister; Fra Fee (Marvel’s Hawkeye) as the charismatic Prince Benoit Berlioz; and Jelani Alladin (The Walking Dead: World Beyond) as the cool and quick-witted artist Jean-Michel.

“Set in the iconic kingdom of Beauty and the Beast years before the Beast and Belle’s epic romance, the series will follow Gaston and LeFou as they set off with LeFou’s step-sister, Tilly, after a surprising revelation from her past comes to light, sending the unlikely trio off on an unexpected journey filled with romance, comedy, and adventure,” according to a synopsis from Deadline. “While the mysteries of the past are uncovered and the dangers of the present grow, old friends and new enemies reveal that this familiar kingdom harbors many secrets.” 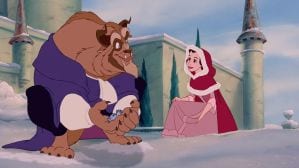 Beauty and the Beast: As told by Grandpas 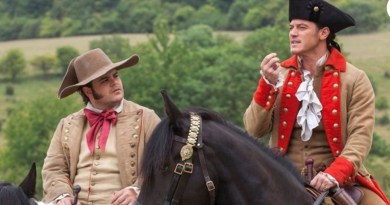 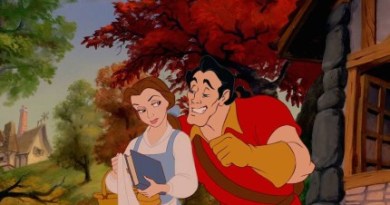 Scavenger Hunt Fun at the Flower and Garden Festival

November 5, 2020November 5, 2020 Guest Blog 0
The Main Street Mouse
%d bloggers like this:
We use cookies to ensure that we give you the best experience on our website. If you continue to use this site we will assume that you are happy with it.AcceptPrivacy Policy