From the Disney Parks Blog and written by: Dani Ganley

When Luis Madrigal started his Disney journey making tortillas at the Mission Tortilla Factory at Disney California Adventure park 12 years ago, he never imagined he’d go on to become a chef. But after working at Redd Rockett’s Pizza Port, he discovered a passion for food and his path was set in motion.

“The reason I became a chef is because I had someone who took me under their wing and showed me how to cook [and] the science behind
it,” Luis said. “You’re in a lab, putting these ingredients together.”

So, for Disney Festival of Holidays at Disney California Adventure park, Luis jumped into the “lab” with the Festivals team and came up with a spin on his favorite dish — mac and cheese! “You think, ‘What more can we add to the mac and cheese to make it different? How can we keep pushing the envelope?’” Inspired by the taste of carnitas, the team swapped the typical cheddar for cotija and Oaxaca cheese, and even went so far as to top the Esquites Carnitas Mac & Cheese with puffed rice seasoned to taste like Spanish rice, a typical side for the original dish.

“[It was special] bringing those flavors together and being able to provide one thing I love cooking and what I grew up knowing,” said
Luis, who added that as a child, he enjoyed eating more than cooking. Drawing inspiration from dishes that remind him of home, like carne asada and birria, he hopes guests also are taken back to flavors of home when they taste his
dishes.

“What more inspiration do you need than somebody loving what you do and changing somebody’s feelings with just a spoon?”

When Luis reflects on his childhood, and what being a chef at the Disneyland Resort means to him and his family, he thinks of his father. “My dad always makes me feel a certain way… because he tells me stories of when he was a little kid. He used to watch Disney Channel on a neighbor’s TV in Mexico and never imagined he’d ever get to visit the park,” Luis explained. “So, for him to say, ‘I never thought I’d be able to visit, and now I have a son that works at Disneyland, and he’s a chef?’ Life is full of surprises.” 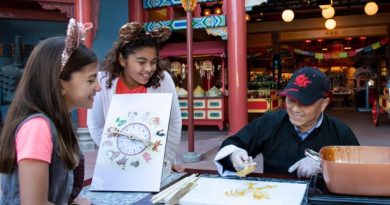 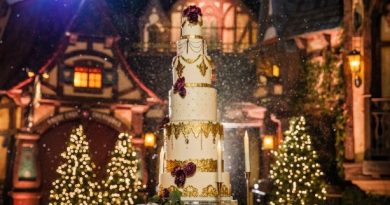 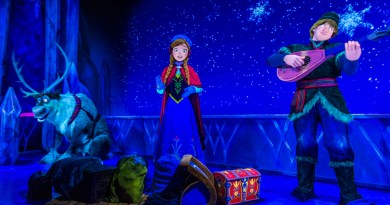 November 16, 2017April 16, 2020 Guest Blog
The Main Street Mouse
%d bloggers like this:
We use cookies to ensure that we give you the best experience on our website. If you continue to use this site we will assume that you are happy with it.AcceptPrivacy Policy