This past weekend, more than 30,000 runners returned to on-site racing at the Disney Wine and Dine Half Marathon Weekend Powered by Aftershokz. Throughout the four-day event, runners participated in the 5K, 10K, Half Marathon and the Two Course Challenge (running the 10K and the half marathon). It was the first runDisney event at Walt Disney World Resort since early 2020. Let’s take a look at some of the key moments from the weekend.

Runners experienced some soggy conditions during Friday’s 5K but that didn’t dampen their spirits. Participants celebrated The Evil Queen from “Snow White and the Seven Dwarfs” by running 3.1 miles through EPCOT.

Oogie Boogie and Jack Skellington from “Tim Burton’s The Nightmare Before Christmas” were the stars of the 10K on Saturday. Participants dressed the part for their 6.2 mile run through Walt Disney World Resort, including Disney Hollywood Studios and Boardwalk Resort area ultimately finishing at EPCOT.

Sunday’s conditions were ideal for the Disney Wine & Dine Half Marathon where runners tested their endurance at the 13.1-mile race. Along the route, runners encountered various Disney character sightings, including Kronk from “The Emperor’s New Groove.”

The half marathon was particularly sweet for New Jersey runner Megan Curham who not only beat all of the women in the field to the finish line but all of the men too, duplicating the same feat she accomplished at the last Disney Wine & Dine Half Marathon in 2019.

It was Curham’s third straight Disney Wine & Dine Half Marathon win after finishing first among women in 2018 and overall in 2019. And her winning time of 1:15:33 set a new race record.

Overall, the return of runDisney races through our parks was as magical as expected. To the more than 30,000 runners who made it happen, we say congratulations and welcome back!

To learn more about future runDisney events, visit runDisney.com and follow us on our social channels @runDisney. 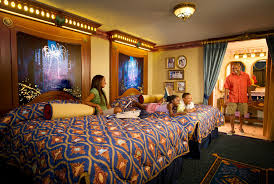 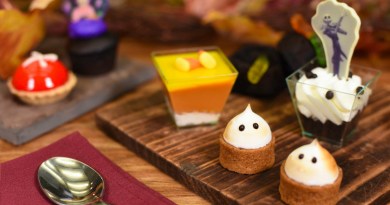 Come Out and Socialize at the Happy HalloWishes Dessert Party 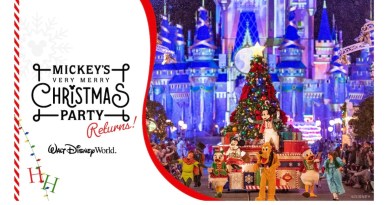 September 13, 2017April 9, 2020 Michele 0
The Main Street Mouse
%d bloggers like this:
We use cookies to ensure that we give you the best experience on our website. If you continue to use this site we will assume that you are happy with it.AcceptPrivacy Policy