From Walt Disney doodling the Toys for Tots logo for the U.S. Marine Corps to the Heroes Work Here program employing Veterans across our business, the Walt Disney Company has a long, proud tradition of supporting the United States military members, their families and veterans. And, in honor of National Veterans and Military Families Month, it was an honor to make some magic for a U.S. Air Force family with a special connection to the Walt Disney World Resort.

Air Force Colonel Alex Fafinski remembers visiting the Contemporary Resort during a family vacation as a child, where he met Pluto during breakfast. Three days later at Magic Kingdom Park, Pluto recognized Alex, creating a moment of magic and a lifelong fan. Years later with a family of his own, Alex knew he wanted his daughters to have magical Disney moments of their own. This began a tradition of Alex bringing his family to Walt Disney World to create lifelong memories before and after each of his military deployments.

“I wanted their memories to be about when we were at Disney
together, and not about the times when I was away serving my country,” Alex
said.

And in 2017, Alex asked the team at EPCOT to help him surprise his family after he returned home following an extended separation while he served in the Middle East. Attractions Proprietor Javier Rossy, Public Affairs team members Mallory Ledet and Hannah Blatt, and other EPCOT cast members came together at the Soarin’ around the World attraction to orchestrate a surprise reunion when Alex suddenly stepped into the family photo with Mickey and Pluto the cast had carefully staged leaving no dry eyes in the room.

“Participating in that magical moment rates as one of my all-time favorite memories as a cast member,” Mallory said. “Our job is quite literally to create memories. Hearing the joy in the voices of those little girls as they hugged their father, and knowing we were part of that moment for the family – it’s truly special.”

2017 Photo of Alex with EPCOT cast members including Javier Rossy, Mallory Ledet and Hannah Blatt who coordinated a surprise reunion with his family following a long military deployment overseas.

Alex stayed in touch with the EPCOT cast who helped create this enduring family memory stopping by to say hello during each subsequent trip to Disney World.  Now four years later, Alex was selected for promotion to the rank of Colonel and he could think of no better place to hold his promotion ceremony than at EPCOT along with the cast members who helped make magic for him years before. With a little help from his friends at EPCOT, it was time for another reunion – this time, between cast members and Alex’s family.

As we recognize the outstanding service, dedication and sacrifice of our active military service members, veterans, and their friends and family who support them, we also congratulate Alex on his promotion. Thank you for your service and for trusting your memories with us at Disney, and letting us be part of your family’s story! 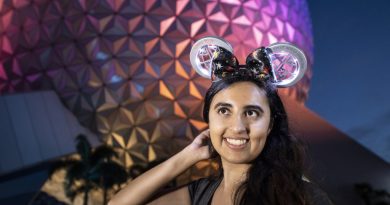 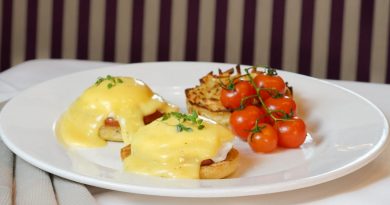 Snack & View: The Oscars on ABC 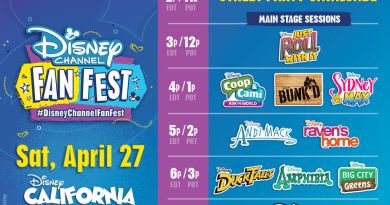 The Story Behind the Story of Muppets Most Wanted

March 21, 2014April 16, 2020 Scott 0
The Main Street Mouse
%d bloggers like this:
We use cookies to ensure that we give you the best experience on our website. If you continue to use this site we will assume that you are happy with it.AcceptPrivacy Policy