Walt Disney World Resort officially welcomed the first guests into Magic Kingdom Park on Oct. 1, 1971, and we’ve been chronicling that momentous day here on the Disney Parks Blog as part of The World’s Most Magical Celebration honoring the resort’s 50th anniversary. However, it wasn’t until a few weeks later on Oct. 25 – 50 years ago today – that Walt Disney’s older brother, Roy O. Disney, officially dedicated the resort. I recently dropped by Main Street, U.S.A., to visit the spot where this special moment took place.

The dedication was part of a three-day grand opening weekend celebration held from Oct. 23 to 25. Celebrities, guests from around the world and thousands of Disney cast members were on hand to mark this milestone.

At 2 p.m. on Monday, Oct. 25, 1971, Roy read the dedication while standing behind a podium flanked by the one and only Mickey Mouse:

“Walt Disney World is a tribute to the philosophy and life of Walter Elias Disney … and to the talents, the dedication and the loyalty of the entire Disney organization that made Walt Disney’s dream come true. May Walt Disney World bring joy and inspiration and New Knowledge to all who come to this happy place … a Magic Kingdom where the young at heart of all ages can laugh and play and learn – together.”

Herald Trumpeters of the United States Army Band then sounded off to announce the arrival of a 1,076-member marching band led by Meredith Willson, composer of “The Music Man,” and comprised of many Central Florida high school students. A mass choir soon appeared on the castle stage to join the band in “When You Wish Upon A Star.”

I could almost hear the festivities 50 years later while at the spot where Roy and Mickey stood.

Looking up for a moment, I spotted Roy’s window above the Main Street Confectionary. This honorary recognition was added to the shop in the mid-1980s. It’s perfectly positioned to greet guests as they enter the park.

Years later, on Oct. 25, 1999, a special statue of Roy with Minnie Mouse, titled “Sharing the Magic,” was dedicated near the spot where Roy read the original 1971 dedication. The sculpture was created by Disney Legend Blaine Gibson, who also made the “Partners” statue of Walt and Mickey a few years earlier.

Today, the “Sharing the Magic” statue is found in front of City Hall. Look carefully and you’ll see Roy is holding Minnie’s hand from underneath, a nod to how he supported his brother throughout their history together. And now there are two more special statues at Magic Kingdom Park, as up near Cinderella Castle, golden sculptures of Mickey and Minnie are dedicated to the cast members past, present and future in honor of the 50th anniversary.

Five decades later, I’m in awe of Roy Disney’s leadership and the cast members who helped create the place I now work. Their passion, dedication and talents made Walt Disney World Resort what it is today, and I look forward to highlighting their accomplishments in the months ahead as we continue The World’s Most Magical Celebration. Keep checking back with us here on the Disney Parks Blog and follow #DisneyWorld50 on social media channels as we chronicle this milestone in our history. 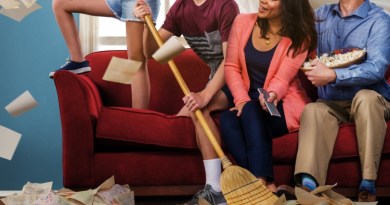 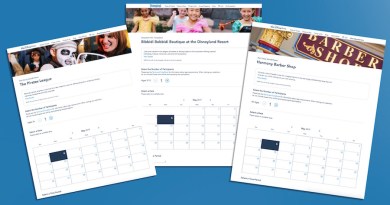 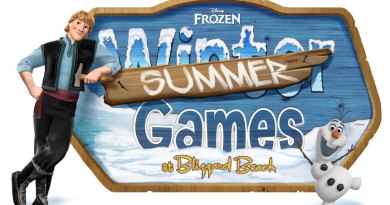 As the Weather Heats Up, Cool Off with the “Frozen” Summer Games at Disney’s Blizzard Beach

March 26, 2017April 12, 2020 Susanne 0
The Main Street Mouse
%d bloggers like this:
We use cookies to ensure that we give you the best experience on our website. If you continue to use this site we will assume that you are happy with it.AcceptPrivacy Policy