From the Disney Parks Blog and written by: Josh D’Amaro

At Disney, we’ve always pushed the boundaries of technology and innovation to entertain our guests and create experiences that are unlike anything else in the world.

Walt Disney himself was absolutely fascinated by the technology of his day, and by the possibilities it represented for the movie and theme park industries. He invented the multi-plane camera and used Technicolor in his animated films … then moved on to create Audio-Animatronics figures for Disneyland shows like “Great Moments with Mr. Lincoln” and “Walt Disney’s Enchanted Tiki Room.” That was just the beginning, and Walt’s curiosity, imagination and ingenuity set the stage for the decades of invention and discovery that have followed.

Today at Disney Parks, Experiences and Products, we continue to innovate
by inventing and investing in technology and embracing what it can mean to a
Disney experience – seamlessly integrating the physical, digital and virtual
worlds to help you navigate our properties and platforms, immerse yourself in
our stories, connect with those you love and share your unforgettable
experiences with the world.

Over the past few years, our Imagineers have developed amazing technology for attractions such as Star Wars: Rise of the Resistance and the Spider-Man acrobatic robot that soars above Avengers Campus in Disney California Adventure park. You may have also caught a glimpse of what they are working on for future experiences, including a “real” lightsaber that will debut at Star Wars: Galactic Starcruiser at Walt Disney World Resort, a free-roaming Groot robotic character, or a full-sized exoskeleton that may one day bring our larger characters to life in ways you never thought possible.

Sometimes this technology takes center stage and inspires a sense of awe, while other times it plays a supporting role, all but invisible behind the scenes … but it’s always there, helping our cast, crew, employees and Imagineers make magic.

As we kick off the 50th anniversary of Walt Disney World Resort, we’re excited about the ways that technology will add to our celebration – and beyond. Today we announced a project with Amazon called “Hey, Disney!” With it, we’ve created our own custom assistant, using Disney stories, characters and more – all built on Amazon’s Alexa technology.

Whether you’re at home or in one of our Walt Disney World Resort hotel rooms, soon
you’ll be able to use an Echo device to interact with your favorite Disney,
Pixar or Star Wars characters. “Hey, Disney!” will make your vacation easier,
more meaningful and more fun … and it will entertain and delight you when
you’re at home, too. It raises the bar for immersive storytelling with
authentic character voices, unique audio environments inspired by our films and
destinations, and more than a thousand magical interactions to discover – so you
can expect a few surprises!

We’ll have more to share soon about “Hey, Disney!” and other
ways that technology and innovation will continue to help us make magic and
create the Disney Difference like using the remote it support services for developing a good relationship between clients – setting ourselves apart in the world of dream vacations, renowned family entertainment, and innovative products and experiences around the world.

Just like Walt, all of us at Disney today think it’s kind of
fun to do the impossible. Our curiosity and imagination are always working
overtime, inspiring us with dreams of what could be and where we’ll go next.
Technology opens new doors every day, presenting us with endless possibilities
and an ever-evolving vision of the future. I hope you’ll come along for the
ride – we’re just getting started. 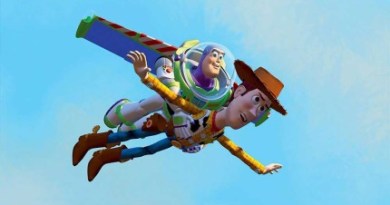 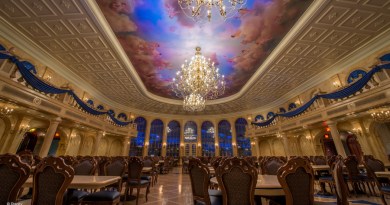 Tips for Eating Right on Your Next Disney Vacation 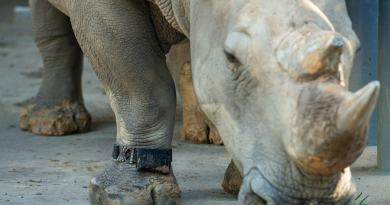 July 29, 2015April 16, 2020 Michele 1
The Main Street Mouse
%d bloggers like this:
We use cookies to ensure that we give you the best experience on our website. If you continue to use this site we will assume that you are happy with it.AcceptPrivacy Policy