At Avengers Campus, the all-new land now open inside Disney California Adventure park, Super Heroes from across the universe have arrived and are dedicated to training the next generation of Super Heroes. As you explore the campus, you’ll experience a series of immersive heroic encounters, cosmic wonders and unexpected events that place you in the center of the action.

Join Okoye, the leader of the Dora Milaje, Black Panther’s loyal bodyguards, in training sessions in the courtyard near Avengers Headquarters. Here, you may learn wisdom from Wakanda and participate in a series of strength and skill exercises.

Super Heroes (and possibly even some Super Villains) may be found greeting recruits or engaging in missions of their own, including Iron Man, Captain America, Captain Marvel, Black Panther, Black Widow, Ant-Man and The Wasp, the Guardians of the Galaxy, Thor and Loki — some of whom are making their first appearances at the park.

You may even have a chance to witness Spider-Man appear high above the Worldwide Engineering Brigade, a.k.a the WEB building, where he flips 65 feet in the air above the rooftop, then descends along the building to wave hello.

At the overgrown ruins of an Ancient Sanctum, you will learn mysterious secrets from Doctor Strange and discover ancient artifacts. Doctor Strange trains recruits in the ways of the Mystic Arts by bringing this Ancient Sanctum to life with powerful spells. At night, the area glows even more vividly with majestic colors and lights, pulsating with mystic energy.

At Avengers Campus, look out as Black Widow, Black Panther or Captain America spring into action, heading off the threat from these foes. The villainous Taskmaster, who will have a role in the upcoming film, “Black Widow,” will also be seen for the first time at a Disney park. Taskmaster’s abilities include photographic reflexes, easily replicating a Super Heroes’ moves and fighting style, making this new Super Villain a balanced foe for the Campus Super Heroes. Taskmaster and a gang of mercenaries may show up at Avengers Campus, looking to break into Avengers Headquarters and get their hands on something valuable.

Check out the video below!

Join Earth’s Mightiest Heroes at Avengers Campus and find your power to become a part of a bigger universe! 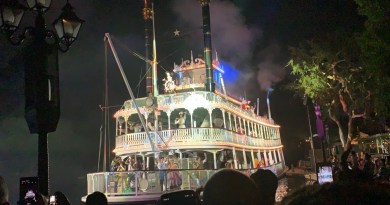 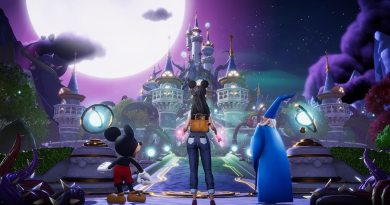 Live Alongside Disney and Pixar Characters in Disney Dreamlight Valley 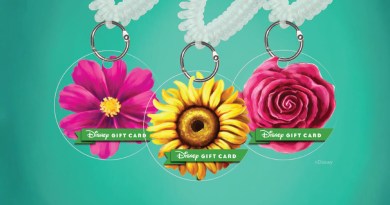 Coast to Coast, Disney Gift Card is Designed for Festivals!

TMSM Explains: Ticket Exchange AKA What To Do With Your Old Park Tickets

December 25, 2015April 15, 2020 Michele 0
The Main Street Mouse
%d bloggers like this:
We use cookies to ensure that we give you the best experience on our website. If you continue to use this site we will assume that you are happy with it.AcceptPrivacy Policy