Support for military personnel, their families and veterans is part of the fabric of The Walt Disney Company, dating back to our founders Walt and Roy O. Disney, who both served during WWI. Roy was a Navy Petty Officer and Walt drove an ambulance for the Red Cross in France. Today, many cast members continue that legacy of service as military reservists. They answer the call of duty by taking military leave from Disney and serving where needed around the world.

During National Military Appreciation Month, we shine a spotlight on some of these courageous Disney Parks, Experiences and Products cast members.

Air Force Reservist Major Traci Arnold is a Duty Manager at Disney’s Polynesian Village Resort and is also the Commander of the Air Force’s 920th Communications Flight, 920 Rescue Wing at Patrick Space Force Base in Florida. She finds that there are a lot of similarities between Disney and the military, from uniform attire to leadership concepts that bring out the best in each individual.

Another Walt Disney World cast member who works at the Yacht & Beach Club is an Army Reservist, currently deployed to southern Afghanistan with the 4th Battalion 31st Infantry regiment. His unit’s mission in-country is to provide security for the remaining U.S. citizens in Afghanistan. While he reports that demands of his mission and living conditions are challenging, he is proud of his contributions.

Disney SALUTE BERG members are proud of him as well and recently partnered with Walt Disney World Corporate Citizenship team to donate items for he and his Army unit to bring a little magic to them while they are deployed. Krista Rogers, a National Geographic Live production coordinator, was one of the many cast members who donated items

“It was a fun VoluntEARs project to be part of,” said Krista. “It was an honor for us to be able to send well wishes and some pixie dust to my fellow Disney cast member and his Army unit serving overseas to let them know we are grateful for their service.”

U.S. Army Reserve Major John Hughes, a Senior Merchandise Solutions Analyst with Disney Consumer Products, Games and Publishing, said that receiving care packages, regardless of the contents, is a huge boost to morale while deployed.

“Any memento of home can make a servicemember’s day, knowing that someone is thinking about them,” said John. “Receiving something from your fellow Disney cast members is sure to make their day!”

In addition to his work at Disney, John also currently serves as the Commander of the Army’s 377th Medical Company operating from at the White River Junction Armed Forces Reserve Center in Vermont. He is honored to be able to continue his military service in the Army Reserves while working at Disney.

“My wife and I both served on active duty and deployed multiple times,” said John. “When we decided to pursue careers outside the military, it was important to us to continue serving, albeit part-time. While I just recently started with the Walt Disney Company, I am already very impressed by their appreciation of veterans and service to the country”.

U.S. Navy reserve Machinist Mate and Command Career Counselor Second Class Petty Officer Ari Friedman agrees. He is a Disneyland cast member: a professional recruitment coordinator who just completed an eight-month naval deployment to the Pacific in support of Covid-19 relief. He was thrilled to return to Anaheim in time for Disneyland’s reopening on April 30 and spoke fondly of how the cast there supported him during his lengthy military deployment.

“The Disneyland leadership team was 100%
supportive of me during my military leave period, with the Navy which meant the
world to me,” said Ari. “My leaders and the SALUTE BERG team stayed in
touch with me throughout my deployment and this meant a lot to me personally
while I was away from the Resort serving my country.”

Ari added that he appreciated the company’s differential pay and networking available to him while on military leave of absence. He said it was instrumental for his return back to Disneyland, allowing him to find potential promotion opportunities, rather than having his civilian career be on hold during his Naval deployment.

We offer a hearty salute and much gratitude to all of our Disney cast members who continue to serve in uniform. We also invite those interested in learning how to build or enhance their company’s own hiring, training and support of military veterans and spouses to attend the 2021 Veterans Institute Summit presented by Disney Institute on September 13-14, 2021 at Walt Disney World Resort. Registration for this complimentary event is now open. 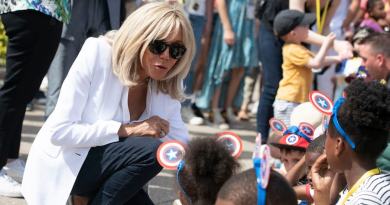 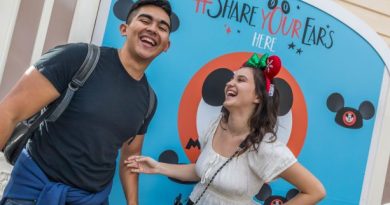 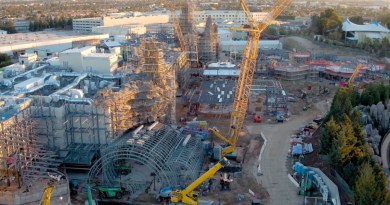 August 6, 2021August 2, 2021 Michele 0
The Main Street Mouse
%d bloggers like this:
We use cookies to ensure that we give you the best experience on our website. If you continue to use this site we will assume that you are happy with it.AcceptPrivacy Policy