For the first time in forever… magic is back at Disneyland park and Disney California Adventure park after more than a year of closure! This week, cast members and community members rejoiced as they experienced the magic of the theme parks once again, prior to the official reopening on April 30.

The gates were (finally!) reopened by Mickey Mouse himself, with the help of Disneyland park Vice President Kris Theiler and Disneyland Resort President Ken Potrock, on the first day of cast member soft opening. “I’m just so excited and mostly so incredibly proud of the cast,” said Kris. “They’ve been putting their heart and soul into preparing and I know the guests are excited, but the cast are even more excited.”

Whether working or enjoying the parks as guests, cast members savored this historic moment for the Disneyland Resort. Take a look at some highlights from the first few days back in operation!

Main Street Chef Scott was so excited for life to be back in the parks that he didn’t sleep the night before! “Just that overall excitement of seeing guests back in the park… to create that magic again, really that’s all it’s been about.”

Entertainment cast member Cristina was one of the first through the turnstiles, excited for a day of fun and grateful that cast members would be the first to experience both reopened theme parks. “I’m so excited to return to where it all started. Like Walt said, it started with a dream, and what better place to live your dream than Disneyland?” Cristina said. “I’m most looking forward to seeing the castle. It’s just a sight that I know is the best to see at the beginning of the day.”

Cast members at Mickey’s PhilharMagic welcomed guests back to the theater.

Members from community organizations like Boys and Girls Club of Greater Anaheim-Cypress and Anaheim Family YMCA were invited to enjoy the magic, too, many of whom had a difficult past year.

“The families that we were able to reach out to for this event were probably the most needing of this experience,” said Rick Martens, President and CEO of Anaheim Family YMCA. “There’s lots of hope in the air, and lots of happiness in the air. This sets it apart from what they’ve dealt with the past several months.”

Ana Fernandez brought her two sons as part of the Boys and Girls Club of Greater Anaheim-Cypress, who were excited to get on attractions again. “They’re super excited. They said ‘we have butterflies!’ as we were walking in,” she shared. “The fact that Disneyland thought of giving back to the most impacted and vulnerable of the community is amazing. You think ‘we are a community. We’re in this together.’ I don’t have words to express my gratitude.”

Disneyland Resort also welcomed healthcare workers from Hoag as a way to show gratitude for their efforts in the battle against COVID-19.

Cast members are excited to welcome guests back for the official reopening on April 30—see you real soon! 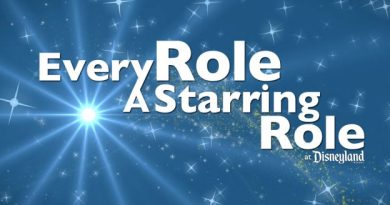 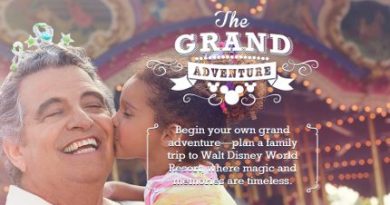 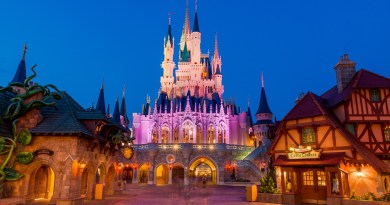 Walt Disney Travel Has Released When 2018 Travel Packages Will Open

June 13, 2017June 13, 2017 Michele 0
The Main Street Mouse
%d bloggers like this:
We use cookies to ensure that we give you the best experience on our website. If you continue to use this site we will assume that you are happy with it.AcceptPrivacy Policy