If
you could make a wish, what would it be? For wish kid Henry, this question
resulted in a selfless act of generosity with a lasting impact.

Last
week, we shared Tali’s epic wish for a
Disney-themed RV camper, and today, I’m excited to introduce you to Henry, whose
wish was to bring toys to all of the kids receiving care at Oregon Health and
Science University (OHSU) Doernbecher Children’s Hospital.

Henry
is an 18-year-old from Oregon who adores Pua from “Moana” and is an avid coffee
drinker. In June 2018, he was diagnosed with cancer. While he was in treatment,
Henry stayed strong for his family, but he often felt scared and nervous –
until a nurse gifted him a teddy bear.

“I
was in a really tough place, but those teddy bears made me smile and gave me a
little joy and warmth in my heart,” said Henry. “I loved that and I wanted to
bring that to others.”

The nurse’s gift left such a lasting impact on Henry that when Make-A-Wish asked Henry for his wish, he knew right away that it was to give stuffed animals to other children at OHSU who may be feeling anxious while undergoing treatment.

“I
remember looking in my mom’s eyes and telling her that I’d like to use my wish
on a huge toy drive for the kiddos at Doernbecher’s,” said Henry. “I already
have a beautiful family and I’m healthy now, so I decided I’d rather give,
because that’s the greatest gift.”

Henry’s
wish was granted exactly one year to the day after OHSU removed the cancerous
tumor. Henry and his family were picked up in a limo and headed to their local
Disney Store, where they picked out hundreds of toys for the kids at the
hospital.

The Disney Store cast members helped the family load up the limo with bags and bags of toys for the kids and gifted Henry with his very own Pua plush, which Henry still has to this day.

At
OHSU, Henry surprised young cancer patients and the families from the very
floor where he was treated the year prior. He helped the kids pick out any toy
that they wanted and was greeted with tearful parents, and some very excited
kids.

“Seeing
the reactions of the little kids filled my heart. I’m so glad I was able to
make them smile, even for a little bit.” Henry remembered. “I still get
emotional now just thinking about it because it’s something I’m never going to
forget.”

A little over two years after his wish was granted, Henry is doing great. He is very close with his family and works as a coffee shop barista.  For all the wish kids out there, Henry wants you to know that “each of you has a story. Whatever you decide to do, do it as long as it brings you joy and warmth. Have the time of your life with your families, and shine bright like always because you’re special for sure!”

Henry’s selfless wish is just one of the 140,000 wishes that Disney and Make-A-Wish have granted together since 1980. To learn more, visit wish.org/Disney and stay tuned for even more stories as part of “The Wish Effect!” 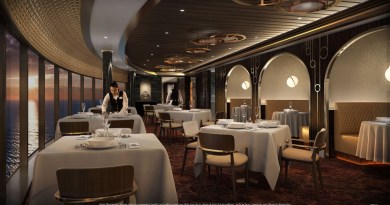 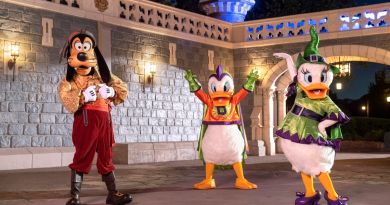 Tickets Now on Sale for ‘Disney After Hours Boo Bash’! 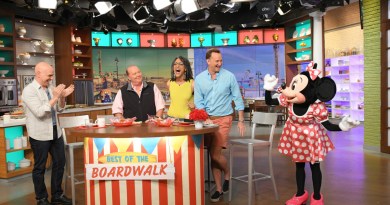 Cooking Up the Magic: The Delicious Naan Recipe from Sanaa

November 27, 2020November 27, 2020 Guest Blog 0
The Main Street Mouse
%d bloggers like this:
We use cookies to ensure that we give you the best experience on our website. If you continue to use this site we will assume that you are happy with it.AcceptPrivacy Policy