During The Walt Disney Company’s Investor Day event, Sean Bailey, President, Walt Disney Studios Motion Picture Production, unveiled myriad exciting feature films in the works under the Disney banner. In his opening remarks, Bailey said, “There are so many incredible dimensions to this company, and my team and I have the honor of getting to focus on a treasure trove of iconic characters and stories that spring from the Disney imagination, as we continue to build on Disney’s singular legacy of creating magic for audiences worldwide.”

Among the projects filling the Disney+ slate are “Hocus Pocus 2,” a sequel to the 1993 Halloween cult classic, directed by Adam Shankman; a live-action take on “Pinocchio,” directed by Robert Zemeckis and starring Tom Hanks; an animated “Night at the Museum,” with Shawn Levy attached to produce; “Cheaper by the Dozen,” a reimagining of the hit comedy with “black-ish” producer Kenya Barris; “Chip N’ Dale: Rescue Rangers,” a hybrid live-action-animated feature; “Sister Act 3,” the third film in the beloved “Sister Act” series, with Whoopi Goldberg on board to star and produce with Tyler Perry; and “Peter Pan & Wendy,” directed by David Lowery and starring Jude Law and Yara Shahidi.

Previously announced up-and-coming features include “Jungle Cruise,” starring Dwayne Johnson and Emily Blunt and directed by Jaume Collet-Serra; the Rob Marshall–directed “The Little Mermaid”; a live-action prequel to “The Lion King,” with Barry Jenkins on board to direct; and “Cruella,” starring Emma Stone, with Craig Gillespie at the helm.

Following are the Disney Live Action projects, listed in order of announcement:

Hocus Pocus 2, exclusively on Disney+, is the spooky sequel to the 1993 Halloween cult classic “Hocus Pocus.” Adam Shankman is set to direct.

Three Men and a Baby

Three Men and a Baby, a modern take on the hilarious ’80s comedy, will star Zac Efron and is slated for a 2022 release on Disney+.

Safety, premiering tomorrow, December 11, on Disney+, is a drama inspired by the empowering story of former Clemson University football safety Ray McELrathBey, a young man facing a series of challenging circumstances, whose dedication and persistence help him to triumph over repeated adversities. “Marshall” director Reginald Hudlin helms the uplifting drama.

The Keanon Lowe project, coming to Disney+, is inspired by the incredible real-life story of a high school coach who averted tragedy through compassion. Dwayne Johnson, Dany Garcia and Hiram Garcia are on board as producers for the project through their Seven Bucks Productions.

Greek Freak heads into production next year for Disney+. It is the remarkable story of NBA MVP Giannis Antetokounmpo and his family, who lifted themselves out of poverty as undocumented immigrants living in Greece. Ultimately, Giannis finds himself on the world stage.

The Chris Paul project is a biographical film in development for Disney+ about NBA superstar Chris Paul. It follows Paul’s deeply moving story of family, legacy and destiny that helped make him who he is today.

Flora & Ulysses is a delightful comedy-adventure based on the Newbery Award–winning book about 10-year-old Flora, an avid comic book fan and a self-avowed cynic, who rescues a squirrel with unique superhero powers. Flora & Ulysses stars Matilda Lawler and is directed by Lena Khan (“The Tiger Hunter”). The film makes its debut on Disney+ February 19, 2021.

Cheaper by the Dozen

Cheaper by the Dozen, a reimagining of the hit comedy with “black-ish” producer Kenya Barris, will air on Disney+ in 2022. The story centers on a multiracial, blended family of 12, navigating a hectic home life while managing their family business. Gabrielle Union is set to star.

Diary of a Wimpy Kid

Diary of a Wimpy Kid, which has spawned a successful live-action film franchise from the popular books, comes to Disney+ in 2021 as an all-new animated film.

The Ice Age Adventures of Buck Wild, exclusively for Disney+, is a spin-off of the popular “Ice Age” franchise from 20th Century Studios. The story centers on three series favorites: the prankster possum brothers Crash and Eddie, and the swashbuckling titular weasel, Buck. Simon Pegg will be returning in the role of Buck. The Ice Age Adventures of Buck Wild is slated for an early 2022 release.

Night at the Museum

Night at the Museum comes to Disney+ with a new twist: this time it’s animated. Shawn Levy, who has helped shape the blockbuster franchise as director of the previous films, and is also helming 20th Century Studios’ upcoming “Free Guy,” is on board as a producer. Night at the Museum launches on Disney+ in 2021.

The Lion King live-action prequel is in development with an inspired take that revisits the iconic characters. Barry Jenkins, director of the Oscar®-winning “Moonlight,” is set to helm the film. Hans Zimmer (whose long association with “The Lion King” goes back to the 1994 original), Pharrell Williams and Nicholas Britell will deliver the music. 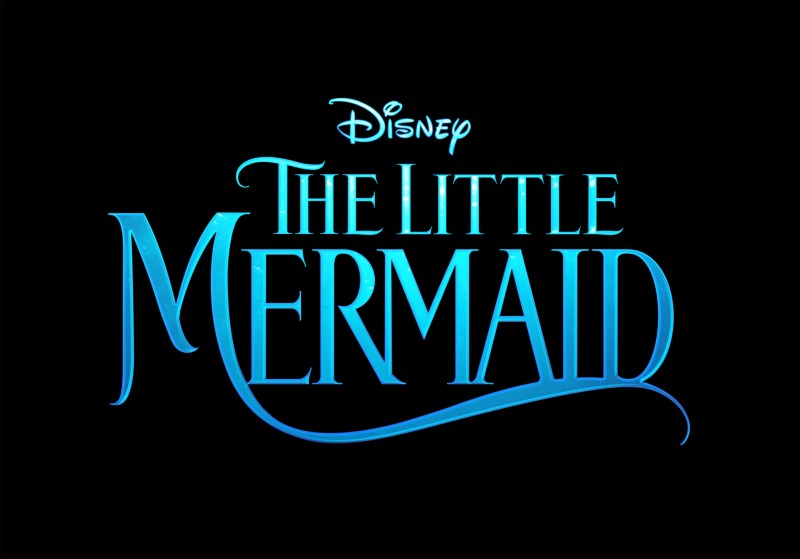 The Little Mermaid returns Rob Marshall to the Disney fold with a live-action take on the animated classic. In the title role is multitalented singer and actor Halle Bailey, alongside a talented cast that includes Awkwafina, Daveed Diggs, Jacob Tremblay, with Javier Bardem and Melissa McCarthy. The film will feature the beloved Menken-Ashman songs from the animated original and some all-new music from Alan Menken and Lin-Manuel Miranda as well. 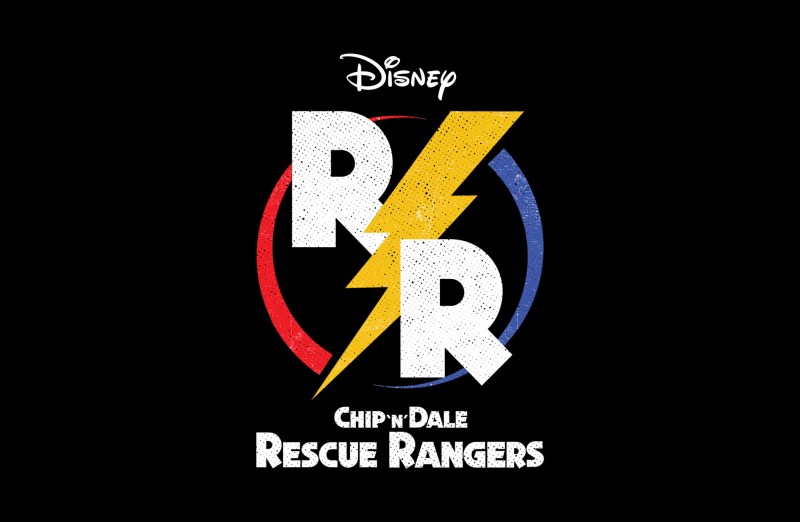 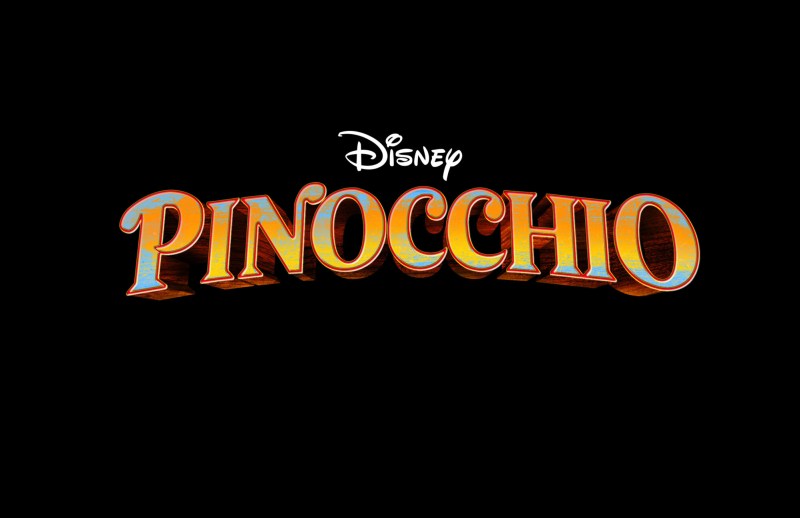 Pinocchio is coming to Disney+ in a compelling new live-action retelling that will leverage state-of-the art CGI to bring Pinocchio to life. A living puppet, with the help of a cricket as his conscience, must prove himself worthy to become a real boy in a musical remake of the Disney animated classic. Robert Zemeckis directs and Tom Hanks stars. 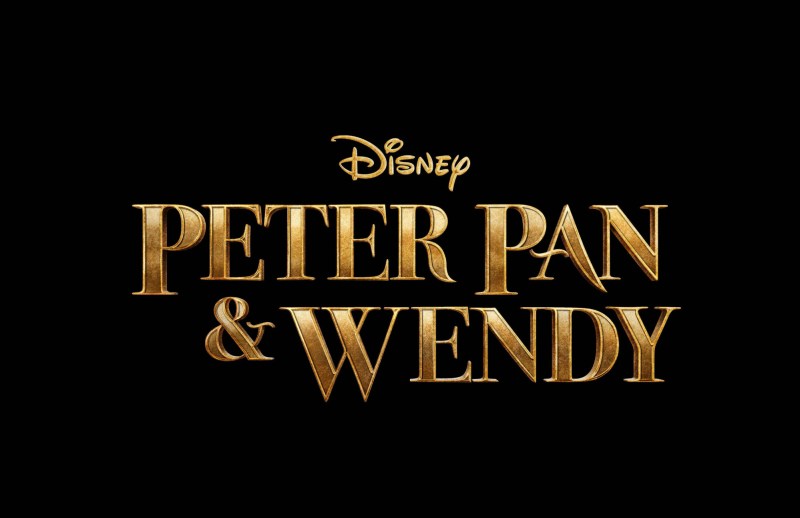 Peter Pan & Wendy, inspired by the Disney animated classic, has David Lowery (“Pete’s Dragon”) at the helm. A young girl rebels against “growing up” by going with her two brothers to a magical land ruled by an ageless boy obsessed with adventure who is locked in an ongoing battle with a pirate captain. The cast includes Jude Law as Captain Hook and Yara Shahidi (“black-ish,” “grown-ish”) in the role of Tinker Bell. The film will premiere on Disney+.

Disenchanted, a sequel to the hit film “Enchanted,” will stream exclusively on Disney+. Amy Adams returns as Giselle, who found her life flipped upside down when she fell out of her animated fantasy world and discovered herself stuck in real-life Manhattan.

Sister Act 3, the third film in the beloved “Sister Act” series, is in development. Whoopi Goldberg is on board to star and produce, with Tyler Perry also signed on as a producer on the project. Sister Act 3 will premiere on Disney+.

Cruella dives into the rebellious early days of one of the most notorious—and notoriously fashionable—villains, the legendary Cruella de Vil. Oscar® winner Emma Stone stars as Estella, aka Cruella, opposite Oscar winner Emma Thompson as the Baroness, the head of a prestigious fashion house who plucks Estella from obscurity as a burgeoning designer. It’s set against the backdrop of 1970s punk-rock London, and director Craig Gillespie delivers a unique take on this one-of-a-kind villain. Cruella is coming in 2021. 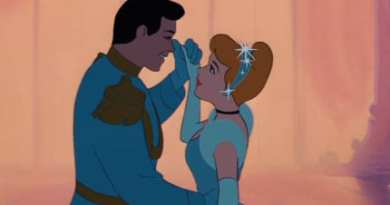 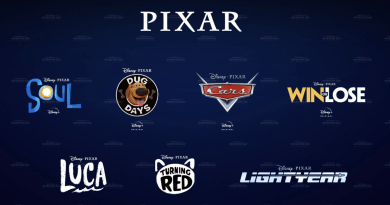 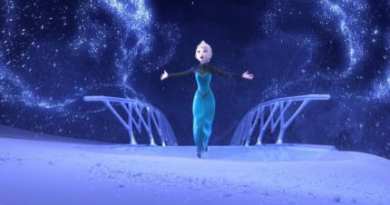 The 10 Most Beloved Disney Truths

January 1, 2021 Guest Blog 0
The Main Street Mouse
%d bloggers like this:
We use cookies to ensure that we give you the best experience on our website. If you continue to use this site we will assume that you are happy with it.AcceptPrivacy Policy