From the Walt Disney World News and written by: jacquelinelogan

NEW YORK – The National Basketball Association and the National Basketball Players Association announced today that they have finalized a comprehensive plan for a July 30 restart to the 2019-20 season, which includes stringent health and safety protocols, a single-site campus at Walt Disney World Resort in Florida and the goal of taking collective action to combat systemic racism and promote social justice.

In addition, the NBA and Disney have reached an agreement that makes the Arena, the Field House and Visa Athletic Center at ESPN Wide World of Sports Complex the venues for all games for the remainder of the season, which will resume with 22 teams returning to play and with no fans in attendance.

The NBA and the NBPA confirmed today an agreement on health and safety protocols that will govern the resumption of the season.  The rigorous program, which addresses risks related to COVID-19 and focuses on the well-being of players, coaches, officials and staff, was developed in consultation with public health experts, infectious disease specialists and government officials.

As announced on Wednesday, the NBA and the NBPA have agreed in principle that the goal of the season restart will be to find tangible and sustainable ways to address racial inequality across the country.  Leaders from the NBA and the NBPA have also discussed strategies to increase Black representation across the NBA and its teams, ensure greater inclusion of Black-owned and operated businesses across NBA business activities, and form an NBA foundation to expand educational and economic development opportunities across the Black community.  In recognition that long-term change can only come from an informed and sustained commitment, conversations regarding these efforts will continue and additional details will be released at a later date.

“We have worked together with the Players Association to establish a restart plan that prioritizes health and safety, preserves competitive fairness and provides a platform to address social justice issues,” said NBA Commissioner Adam Silver.  “We are grateful to our longtime collaborator Disney for its role in playing host and making this return to play possible, and we also thank the public health officials and infectious disease specialists who helped guide the creation of comprehensive medical protocols and protections.”

“It is very exciting to officially announce the restart of the 2019-2020 season,” said NBPA Executive Director Michele Roberts.  “It has taken true collaboration between the League and the Union – special kudos to our Executive Committee and several other team reps – along with the continued support and assistance from medical experts, public health officials and many others.  Additionally, our platform in Orlando presents a unique opportunity to extend the ongoing fight against systemic racism and police brutality in this country.  We will continue to work with our players and the League to develop specific plans in Orlando as well as long-term initiatives to bring about real change on these issues.”

“We’re glad to be able to provide a unique venue where the NBA can resume its season at ESPN Wide World of Sports Complex,” said Josh D’Amaro, Chairman, Disney Parks, Experiences and Products.  “We look forward to welcoming the players, coaches and staff to Walt Disney World Resort as they prepare for the exciting return of professional basketball.”

Under the competitive format for the restart, the 22 participating teams will be the eight teams in each conference with the highest current winning percentages and the six teams that are currently within six games of the eighth seed in either conference.

The restart will begin with each participating team playing eight “seeding games,” as selected from its remaining regular-season matchups.  The complete game and national television schedules for the seeding games will be announced tonight.  The NBA and its broadcast and technology partners are collaborating to enhance game telecasts and bring fans an immersive, interactive viewing experience.

If the team with the eighth-best combined winning percentage in a conference (Team 8) is four games or fewer ahead of the team with the ninth-best combined winning percentage in the same conference (Team 9), then those two teams would compete in a play-in tournament to determine the eighth playoff seed in the conference.  The play-in tournament will be double elimination for Team 8 and single elimination for Team 9.

The NBA’s standard playoff tiebreaker procedures will be used to break any ties on the basis of winning percentage.  Once the 16-team playoff field is set, the NBA Playoffs will proceed in a traditional conference-based format with four rounds and best-of-seven series in each round.  The 2020 NBA Finals will end no later than Oct. 13. 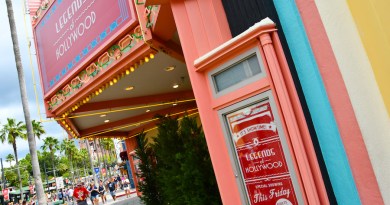 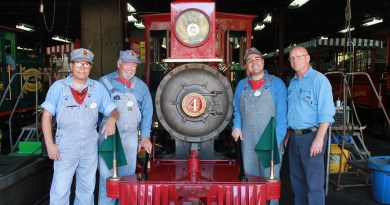 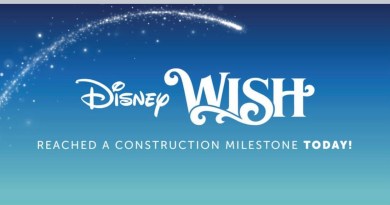 July 27, 2021July 26, 2021 Guest Blog 0
The Main Street Mouse
%d bloggers like this:
We use cookies to ensure that we give you the best experience on our website. If you continue to use this site we will assume that you are happy with it.AcceptPrivacy Policy