As part of a historic multiyear transformation, the Walt Disney World Resort theme park has unveiled a years-long string of smash hits that would make any movie studio jealous, inviting guests inside some of their favorite stories. Now a new family-friendly adventure is about to begin as Mickey & Minnie’s Runaway Railway readies its grand premiere, March 4, 2020, inside the park’s re-creation of the Chinese Theatre.

That majestic theater has stood at the heart of the park since its opening day on May 1, 1989, when Disney’s Hollywood Studios gave guests a behind-the-scenes look at moviemaking. The park has since evolved into a place that envelops guests in even more immersive experiences – from exploring a new planet in the Star Wars galaxy to playing like a toy with Woody and Buzz Lightyear to learning from Lightning McQueen how to be a champion racer, and much more.

Mickey & Minnie’s Runaway Railway is a crowning achievement in this transformation, bringing guests into the wacky world of a “Mickey Mouse” cartoon where “mouse rules apply” and anything can happen. The vibrant attraction adds to the array of immersive new experiences propelling Disney’s Hollywood Studios into the future.

“From the early days of making movies to today’s focus on engaging guests, putting them in the story, Disney’s Hollywood Studios has followed an amazing arc across three decades,” said Phil Holmes, vice president of the park. “I’m thrilled with its transformation and look forward to an exciting future. Given all the new attractions, our message to guests is clear: let your adventures begin at Disney’s Hollywood Studios.”

For Disney Resort Guests, Traveling to Disney’s Hollywood Studios Is Half the Fun

To easily access all this fun and excitement, guests staying at select Disney resort hotels can float into Disney’s Hollywood Studios aboard the new Disney Skyliner, a state-of-the-art gondola system that connects the park (and Epcot) to Disney’s Art of Animation Resort, Disney’s Caribbean Resort, Disney’s Pop Century Resort and Disney’s Riviera Resort. Soaring along the treetops of Walt Disney World Resort, guests discover views never seen before as they prepare to let their adventures begin at the newly transformed Disney’s Hollywood Studios. 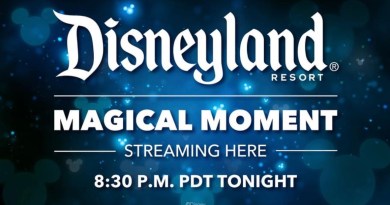 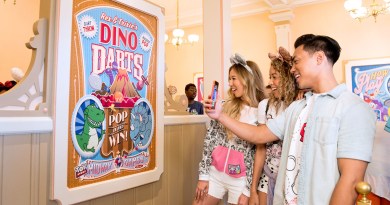 New Merchandise at Disney Parks, gearing up for “The Lone Ranger”

Eat To The Beat Concert Series at Epcot: The Commodores

September 24, 2014April 15, 2020 Scott 0
The Main Street Mouse
%d bloggers like this:
We use cookies to ensure that we give you the best experience on our website. If you continue to use this site we will assume that you are happy with it.AcceptPrivacy Policy