In the lexicon of Disney, there is probably no word more often paired with “Disney” than “Magic”—from the earliest short cartoons through the animated features, all the way to the name of a luxurious Disney Cruise Liner, “Disney” has long been associated with  conjuring, spells, and enchantments.

Around the world, Disney Parks are in the magic business daily, and within many of those enchanting locales, guests can find special shops and boutiques dedicated to sleight of hand, trickery, and illusion.

On the opening day of Disneyland, a magic shop opened—but it’s probably not the one that you might think of. Not on Main Street, USA, but in Fantasyland, Merlin’s Magic Shop premiered adjacent to Sleeping Beauty Castle on July 17, 1955, under license to a firm called Taylor & Hume.

“Taylor” was Merv Taylor, who had taught art, mechanical drawing, electric shop, and metal craft; but in 1940 a magician performing at his school took a broken prop to Merv to fix, which sparked his interest in magic. Taylor combined a new passion for stage illusion and his manufacturing expertise to pioneer the making of high-quality stage magician’s props. “Taylor is a former Los Angeles schoolteacher who became interested in magic and left his school work [sic] to build the largest magic manufacturing plant in the world,” a contemporary news article said.

Taylor worked in cutting edge materials such as stainless steel and acrylic Plexiglas (he’s said to be the first to apply these materials to such a craft), and in 1948 he added a retail magic store to his Merv Taylor Magic Company manufacturing shop in North Hollywood.

It’s said that Walt Disney himself approached Merv Taylor in 1955 and asked him to be part of Disneyland. Taylor teamed up with his brother, Bud Taylor, and businessman James Hume, and together they created Merlin’s Magic Shop.

Located in a picturesque Tudor cottage in the courtyard of Sleeping Beauty Castle, much of the inventory reflected what had been successful at Taylor’s original shop—rubber masks, practical jokes and “gags” like comical teeth, false eyelashes, a “severed finger,” a “third eye,” and one item that earned the affection of a young employee named Steve Martin, an “arrow through the head.” Martin remembered the goony prop joke that became a trademark during his early stand-up days, “The arrow-through-the-head was a thing we used to sell at Disneyland. It was just so silly. It was like anti-comedy.”

Martin spent three years at Merlin’s Magic Shop in Fantasyland. There, he participated in another of the shop’s well-remembered features, demonstrating the packaged magic tricks and practical joke items on sale. Martin recalls that he learned all the tricks, and collected all the jokes, writing down every gag. “I knew every nook and cranny of the shop,” he says.

The Fantasyland location was so successful that when the Disneyland Hotel officially opened in 1956, Taylor & Hume opened a toy and trick shop (along with sundries and liquor!), called Taylor & Hume’s Magicland.  The Long Beach [California] Independent reported on August 24, 1956, that “Magicland Toy Shop and Disneyland Sundries are operated by James A. Hume and Merv Taylor. Hume is the owner of the Palm Springs Music Co., the North Shore Club in Tahoe and the Hunter Shop in Palm Springs.”

Inside the Park, Main Street Magic Shop opened in 1957 (replacing the Wonderland Music Shop), offering similar merchandise and in-person demonstrations of hand magic and illusion tricks, as well as comic patter and performance from the cast members, like its Fantasyland precursor.

The July 28, 1977 issue of the Disneyland Line employee newsletter described the “quaint, cozy specialty shop” where “Shelf upon mysterious shelf filled with such oddities as joy buzzers, garlic taffy, dribble glasses and rubber masks attract the wandering eyes of visitors to the shop—and sometimes the wandering fingers of some of the more youthfully enthusiastic guests!”

In 1959, Merv Taylor sold his magic business in Los Angeles to the venerable Owen Brothers (tracing its origins to 1891, Owen Magic is still in business today) and the rights to some of his apparatus, in order to focus solely on his Disneyland locations.

The Taylor & Humes Disneyland leases expired beginning in 1965, and Merv Taylor passed away in 1974. Merlin’s Magic Shop in Fantasyland closed in January of 1983, when it became the Briar Rose Cottage (and over the years has housed Mickey’s Christmas Chalet, Villain’s Lair, and the Castle Heraldry Shoppe), while the Main Street Magic Shop has remained to this day.

By the time Walt Disney World was being conceived in the late 1960s, the attraction and merchandise mix at Magic Kingdom Park was, to a large degree, influenced by “tried and true” elements of Disneyland, and the understanding that new guests would want to see many of the familiar components that had made the Anaheim park such a worldwide phenomenon.

Thus, on opening day in 1971, the House of Magic was an occupant of Main Street, U.S.A. located on the Northwest Block between the Penny Arcade and Tobacco Shop. The street façade architectural and color styling had a somewhat sinister “Gothic Revival” feel, the mansard roofline evoked a Charles Addams vibe suitable to the mysterious merchandise within. As its Disneyland precursor had, the House of Magic sold cards, hand tricks, masks, puzzles, and “gags.” Cast members bantered as they performed various hand magic and demonstrated products for sale.

In addition to the lighter fare, House of Magic had some fascinating and mystical variety merchandise, including plaster skulls and tombstones, highly-detailed and frequently rather grisly “movie quality” masks, as well as the “party” style rubber head masks made famous by Don Post Studios, such as the “Old Man,” “Witch,” “Clown” or the uncharitably-named “Goof.”

The House of Magic closed on March 19, 1995. Its exterior was remodeled and its interior was absorbed into the Main Street Athletic Club. But in a turn of events appropriate to its mysterious identity, in 2017 the street façade was magically returned to its 1971 roots, complete with its signage promising “Tricks” and “Puzzles.” While the interior remains an extension of the Emporium, window displays and occasional merchandise selections celebrate the sorcery of the appearances and disappearances so often associated with magical locales.

The interior merchandise and cast member demonstrations echo the classic Disneyland model, while the official guide material teases, “Enter the mysterious looking doorway if you want to learn to do magic like Mickey in “Fantasia.” This shop is full of magic tricks, props, and other items to turn you into a master magician. Don’t miss the live magic trick demonstrations!”

Tucked away in Le Château de la Belle au Bois Dormant (Sleeping Beauty Castle) in Disneyland Paris, guests will happen upon a quaint cottage, home of Merlin l’Enchanteur. In this rustic hut of the famous wizard, shoppers can browse magic-themed gift items, including “medieval” relics, objets d’art in delicate glass and etched crystal, and enchanting jewelry, as well as observing the fine craft of artisan glassware being made. Within the cottage is a discreet passage that descends into a foreboding cavern with a fearsome reptilian prisoner.

A similarly-themed store can be found next to Mickey’s PhilharMagic in Fantasyland at Hong Kong Disneyland, although not specifically a “magic shop,” Merlin’s Treasures, a quaint cottage tucked into the coziest corner of Fantasyland promises a place “where wizards of every age can discover spell-binding souvenirs and all sorts of magical merchandise!”

Disney Parks are daily reminders of the magic inherent in the Disney experience, and over the years, some unique locations within those destinations have allowed guests to see, experience, and even take home some “tangible magic.” 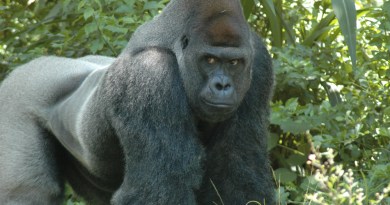 Disney’s Animal Kingdom Inspires ‘The One and Only Ivan’ Filmmakers 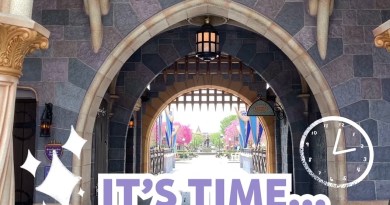 It’s Time! Disneyland Resort Cast Members are Ready to Bring Back the Magic 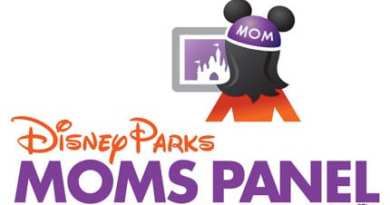 The Harry Potter Trio Vs The Sanderson Sisiters In Today’s TeeFury TwoFury!!!

October 6, 2015April 16, 2020 Scott 0
The Main Street Mouse
%d bloggers like this:
We use cookies to ensure that we give you the best experience on our website. If you continue to use this site we will assume that you are happy with it.AcceptPrivacy Policy