In the lexicon of Disney, certain elements tend to reoccur: magic, family, music, story, and fear.

In a recent blog entry, the necessity and utility of the Disney Villain was addressed, along with a key notion that peril is necessary in building compelling storytelling. At Disney, this tends to be true across all media, and across the history of the Company.

From Mickey’s early nemesis Pete to the graveyard terpsichore of Skeleton Dance to the various witches and stepmothers of classic animation, from Chernabog to the Headless Horseman; Disney culture is rife with the fantasy of fright.

In the Parks, Disney Legend Harper Goff’s earliest renderings of  Main Street, U.S.A. at Disneyland feature a haunted house, and the resulting attraction, the Haunted Mansion, remains a guest favorite a full half-century after its debut.

So, naturally, Halloween must have deep roots in the Disney Parks & Resorts experience.

But it doesn’t, actually.

It seems odd, but the much-loved and much-anticipated celebration of Halloween is a relatively recent development in the Disney experience.

“Seasonal celebrations in those early years were really reflections of the popular culture,” says Jim Cora, Disney Legend and past Chairman of Disneyland International. “Christmas and Easter were the ‘big’ holidays, because in the 1950s and early 1960s—it’s easy to forget—Halloween was simply not a big celebration, as it is today.”

Halloween is a relatively recent development in the American experience overall.

“Trick or Treat” observances of Halloween had actually carried into the United States from immigrant cultures during the 18th and 19th centuries, according to Halloween history authority Lesley Bannatyne. The key element in early Halloweens was mischief—elaborate and often destructive practical jokes were common—which educational and community leaders attempted to curtail in the early part of the 20th century.

The development of current Halloween observances actually shares a cultural timeline with Disneyland itself. Bannatyne observes, “The effort to restrain and recast the holiday continued after World War II, as adults moved Halloween celebrations indoors and away from destructive tricks, and gave the holiday over to younger and younger children.

“The first magazine articles detailing ‘trick or treat’ in the United States appeared in The American Home in the late 1930s. Radio programs…and TV shows aimed at families…put the idea of trick-or-treating in front of a national audience. The 1952 Donald Duck cartoon Trick or Treat reached millions via movie screens and TV.”

This popular appetite for a renewed fashion of Halloween celebration was immediately observed by the commercial world. Bannatyne says,  “…food companies…quickly took notice and got into the candy business…Halloween candy and costume profits hit $300 million in 1965 and kept rising. Trick-or-treating—child-oriented and ideal for the emerging suburbs that housed a generation of Baby Boomers—became synonymous with Halloween.”

“Back in the Seventies, when I was director of marketing, we did not make a big deal out of Halloween,” recalls past Disneyland executive Bill Long. “If Halloween fell on a Monday or Tuesday, the Park was closed, anyway! We closed the Park at 6:00 pm during the week, and on weekends we would always have private parties and special events. I don’t recall any large-scale formal Halloween celebrations at Disneyland until the late 80’s.”

“The first event at Disneyland resembling Halloween took place on October 31, 1959,” says Matt Moryc of the Walt Disney Archives. “It was called ‘Parade of the Pumpkins,’ and photographs from the event show children dressed in Halloween costumes while presenting their carved pumpkins to be judged. There are also photos of the kids gathered in Holidayland, preparing to make the trip inside Disneyland to be in a parade.”

As the holiday itself gained cultural traction and popularity, Jim Cora recalls discussions about the larger ideas of in-Park Halloween. “We have always been hesitant about guests coming to the Parks in costumes,” he says. “There are security and safety issues with that, you worry about obstructed vision, and trip-and-fall accidents, as well as the potential for confusion about who is a Cast Member in costume and who isn’t. And some of these guest costumes are pretty amazing.”

“At Walt Disney World, the first Halloween event was in 1972, a contemporary newspaper ad calls it ‘Halloween Weekend,’ on October 28 and 29,” Matt Moryc says. “There were other Halloween-related events taking place throughout the 1970s, the typical entertainment offered was free admission to the Haunted Mansion [remember that each attraction still required an individual ticket or coupon then], magic shows, character appearances, parades of varying scales, and screenings of The Legend of Sleepy Hollow. On October 27, 1979, there was ticketed ‘Halloween Party’ at Magic Kingdom.” This event was part of a larger promotion called “World Series of Entertainment.” This promotion was a separate ticketed event that brought in famous musical talent to perform at the Magic Kingdom.

“It’s a Halloween Party in the Magic Kingdom from 9 p.m. until 1:30 a.m., complete with a magic show and Halloween ‘special effects’’ Top entertainment by Dr. Hook, The Police, Michael Johnson, and Sealevel will make the evening a total success!”

The Archives files reveal a 1973 “Halloween Weekend” on October 27 and 28, and the following year on October 27 and 28; and a “Saturday Night at the World Halloween Party” in 1976. According to a press release about Saturday Nights at the World, “The special series offers visitors extended operating hours until midnight each Saturday during the fall and winter season when normal operating hours are 9 a.m. until 7 p.m. Each evening will have a special theme, adding to the excitement of a visit to the Magic Kingdom.” Halloween was the theme of the event on October 30, 1976.

“I think we dipped our toe into the more ambitious Halloween celebrations in the 1980s, with annual merchandise lines that expanded each year, and one-off events here and there,” Jim Cora says. “That is my memory of Tokyo Disney,  I think it was much the same way at Disneyland.

“Since so much of the Disneyland guest population is local, in the 1990s Jack Lindquist and his team looked for ways to continually refresh the idea of going to the Park, especially during traditionally slower seasons, and in between major attraction openings. Like our Christmas celebrations, these grew and companioned to customary family events, adding to traditions and layers of shared Disneyland memories.”

Other local attractions were also presenting special Halloween events that ranged from chilling to lurid—and all geared to a late teens and older crowd. When it came to Halloween, Disney decided to put its best cultural foot forward, and develop events and entertainment that appealed to the entire family, to paraphrase Walt Disney, “A place where parents and their kids can have Halloween fun together.”

Today, Halloween Time at the Disneyland Resort features happy hauntings in both parks, and everything from custom costumes for the characters to amazing attraction overlays such as Haunted Mansion Holiday, events, displays, fireworks, and seasonal décor everywhere around the property.

At Walt Disney World, the first Mickey’s Not-So-Scary Halloween Party took place on October 31, 1995. Today, just about the entire resort is shrouded in frightful festivities, décor, events, and experiences, bringing Halloween fun to everyone, from the not-so-scary to the villainously spectacular.

Kelly A. Stefani in The Tampa Bay Times reported, “Mickey’s Not-So-Scary Halloween Party opened earlier than ever at Walt Disney World this year, bringing more “bang” for your buck with a new fireworks show that fills the sky in a panoramic light display. It was only mid-August, but the Magic Kingdom was packed on Friday for the launch of the annual after-hours celebration. It continues for a record 36 nights through Nov. 1, and it’s the one time of year you can dress in costume at the theme park. Partygoers arrive as early as 4 p.m. to play at the Magic Kingdom before it shuts down at 7 for the Halloween-themed party, which takes place through midnight with trick-or-treat stations, a special parade and fireworks.”

“The first Halloween event we have on file for Tokyo Disneyland is a park-wide 1997 Halloween celebration called “Disney Happy Halloween,” Matt Moryc says, “which included a 400-guest parade and special treats for kids under 12. The following year saw the addition of a ‘Happy Halloween Twilight Parade’”.  Like its companion resorts worldwide, the seasonal celebration has grown into “Disney Halloween” at Tokyo Disney Resort, with haunting decorations, frightening food, menacing merchandise, and the new “Festival of Mystique” harbor show.

Even in Hong Kong, an evil wind is howling, a dark fog is creeping in, and sinister forces have cast a shadow over Hong Kong Disneyland, too, as “Disney Halloween Time” returns.

This year is only Shanghai Disneyland’s third Halloween season. The first year, Halloween festivities were centered in Disneytown (the Shanghai “Downtown Disney” equivalent). Today, Shanghai’s spooky season will feature resort-wide decorations, and a Villain’s Cavalcade led by Donald Duck beginning October 2. The resort’s first-ever late night Halloween party will debut on October 31, with a new fireworks show to conclude the celebration. The popular “Coco”-themed area in Adventure Isle will return, as will Jack Skellington and Sally from Tim Burton’s The Nightmare Before Christmas at the “This Is Halloween” Dance Party in Tomorrowland.

Even Disney Cruise Line celebrates the scary season with spooky sailings filled with a frightening  festival of haunted tricks and fun-filled treats for the entire family.

“Halloween is no longer just about costumes and candy,” ABC News reported. “It’s now the second-biggest decorating holiday of the year—right behind Christmas.”

“It’s still a holiday that’s accessible to most people. You don’t have to cook for family or buy presents, and you can spend $5 on a costume,” says Lesley Bannatyne, “That’s the freedom to it. You can make your own traditions.” 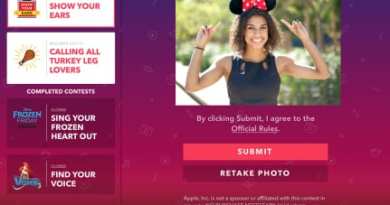 Show Your Ears and Show Up Here! 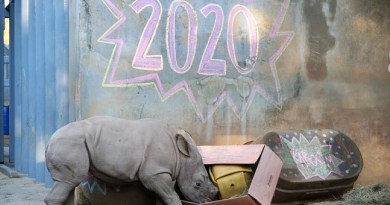 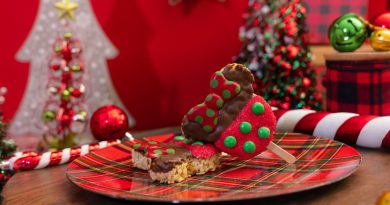 #DisneyMagicMoments: Cooking Up the Magic — A Sweet Holiday Recipe for Peppermint Marshmallow Wands from Marceline’s Confectionery

Free Beer is Back! Rotating Tap Beers are Free and Return this Summer to SeaWorld Orlando

May 1, 2018April 16, 2020 Guest Blog
The Main Street Mouse
%d bloggers like this:
We use cookies to ensure that we give you the best experience on our website. If you continue to use this site we will assume that you are happy with it.AcceptPrivacy Policy