DISNEY, WILL SMITH AND MAKE-A-WISH® LAUNCH

The Walt Disney Company and Make-A-Wish® launched the #FriendLikeMe Challenge today – World Wish Day® – to celebrate the May 24, 2019 release of the studio’s much anticipated new movie, “Aladdin.” Movie tickets are on sale now.

The #FriendLikeMe Challenge is part of a global cause marketing campaign supported by two Make-A-Wish wish granters, Disney and Will Smith. The actor/recording artist, who stars in Disney’s “Aladdin” as the wish-granting Genie, encourages fans and celebrities to participate in the campaign and help show the world: Where there’s a wish, there’s a way. The campaign poses the question: “If you were the Genie in Disney’s ‘Aladdin’ and had the chance to grant three heartfelt wishes for someone, who would you share them with? Tag a friend on Twitter and/or Instagram. For every public post with #FriendLikeMe from April 29 through May 24, 2019, Disney will donate $5 up to $1 million to Make-A-Wish to help grant life-changing wishes to children battling critical illnesses all over the world. For more information, go to FriendLikeMe.org. See Disney’s ‘Aladdin’ in theaters May 24.”

“The release of ‘Aladdin’ presents an authentic opportunity to connect the film’s powerful theme of wish-granting to the wonderful work Make-A-Wish does in support of children dealing with serious illnesses around the world,” said Elissa Margolis, senior vice president, Enterprise Social Responsibility for The Walt Disney Company. “Wishes are all about hope and we’re so glad to be able to continue our work with Make-A-Wish and invite fans to join us in helping grant more wishes that will bring hope into the lives of deserving kids and their families.”

Since 1980, Disney and Make-A-Wish have helped grant life-changing wishes for more than 130,000 children with critical illnesses around the world. Today, one out of every two wishes granted in the U.S. is a Disney wish. When a wish is granted, a child replaces fear with confidence, sadness with joy, and anxiety with hope.

Granting wishes is a part of The Walt Disney Company’s philanthropic and outreach initiative, Disney Team of Heroes, which delivers comfort and inspiration to families with children facing serious illness.

“The #FriendLikeMe Challenge unites two of our longest-tenured and most passionate wish granters in Disney and Will Smith,” said Richard Davis, president and CEO of Make-A-Wish America. “Both Disney and Will have forever transformed the lives of countless wish kids by allowing them to experience the hope and healing of a wish come true.”

Michel Rudolphie, president and CEO of Make-A-Wish International added, “By participating in the challenge, members of the global community can do their part to bring the life-changing impact of a wish to more children. We are grateful to Disney and Will Smith for joining us on this journey to transform the lives of more children, families, volunteers, supporters, medical professionals and entire communities worldwide.”

About The Walt Disney Company:

Disney, together with its subsidiaries, is a diversified worldwide entertainment company with operations in four business segments: Media Networks; Parks, Experiences and Products; Studio Entertainment; and Direct-to-Consumer and International. Disney is a Dow 30 company and had annual revenues of $59.4 billion in its Fiscal Year 2018. For more information about Disney, please visit www.thewaltdisneycompany.com.

A thrilling and vibrant live-action adaptation of Disney’s 1992 classic, “Aladdin” is the exciting tale of the charming street rat Aladdin, the courageous and self-determined Princess Jasmine and the Genie who may be the key to their future. Directed by Guy Ritchie, who brings his singular flair for fast-paced, gritty, visceral action to the fictitious port city of Agrabah, “Aladdin” is written by John August and Ritchie based on Disney’s “Aladdin.” The film stars Will Smith as the larger-than-life Genie; Mena Massoud as the lovable street urchin Aladdin; Naomi Scott as Jasmine, the beautiful, self-determined princess; Marwan Kenzari as Jafar, the Royal Vizier and a powerful sorcerer; Navid Negahban as the Sultan concerned with his daughter’s future; Nasim Pedrad as Dalia, Princess Jasmine’s free-spirited best friend and confidante; Billy Magnussen as the handsome and arrogant suitor Prince Anders; and Numan Acar as Hakim, Jafar’s right-hand man and captain of the palace guards. “Aladdin” is produced by Dan Lin, p.g.a., and Jonathan Eirich, p.g.a., with Marc Platt and Kevin De La Noy serving as executive producers. Alan Menken provides the score, which includes new recordings of the original songs written by Menken and lyricists Howard Ashman and Tim Rice and new music written byMenken and songwriters Benj Pasek and Justin Paul. “Aladdin” opens in U.S. theaters nationwide May 24, 2019.

Make-A-Wish® creates life-changing wishes for children with critical illnesses. We seek to bring every eligible child’s wish to life because a wish is an integral part of a child’s treatment journey. Research shows children who have wishes granted can build the physical and emotional strength they need to fight their illness. Headquartered in Phoenix, Arizona, Make-A-Wish is the world’s leading children’s wish-granting organization, serving children in more than 50 countries worldwide. Together, generous donors, supporters, staff and more than 45,000 volunteers grant a wish every 17 minutes, on average, somewhere in the world. Since 1980, Make-A-Wish has granted nearly 480,000 wishes to children; more than 30,000 in 2018 alone. For more information about Make-A-Wish America, visit wish.org and for more information about Make-A-Wish International, visit worldwish.org. 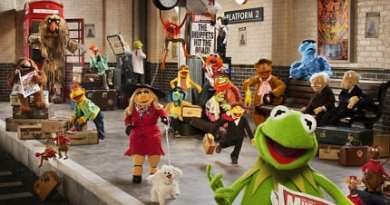 The Story Behind the Story of Muppets Most Wanted 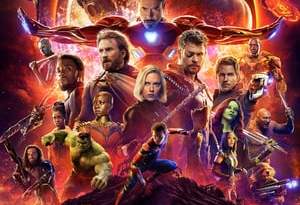 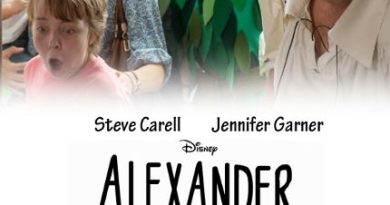 How Do You Make a No Good, Very Bad Day Better? Let’s Ask Alexander

October 4, 2021 Guest Blog 0
The Main Street Mouse
%d bloggers like this:
We use cookies to ensure that we give you the best experience on our website. If you continue to use this site we will assume that you are happy with it.AcceptPrivacy Policy