Halloween is nearly upon us and earlier this fall, silhouette artist Keith Lapinig headed out to explore Magic Kingdom Park and Mickey’s Not-So-Scary Halloween Party for a bit of artistic inspiration. 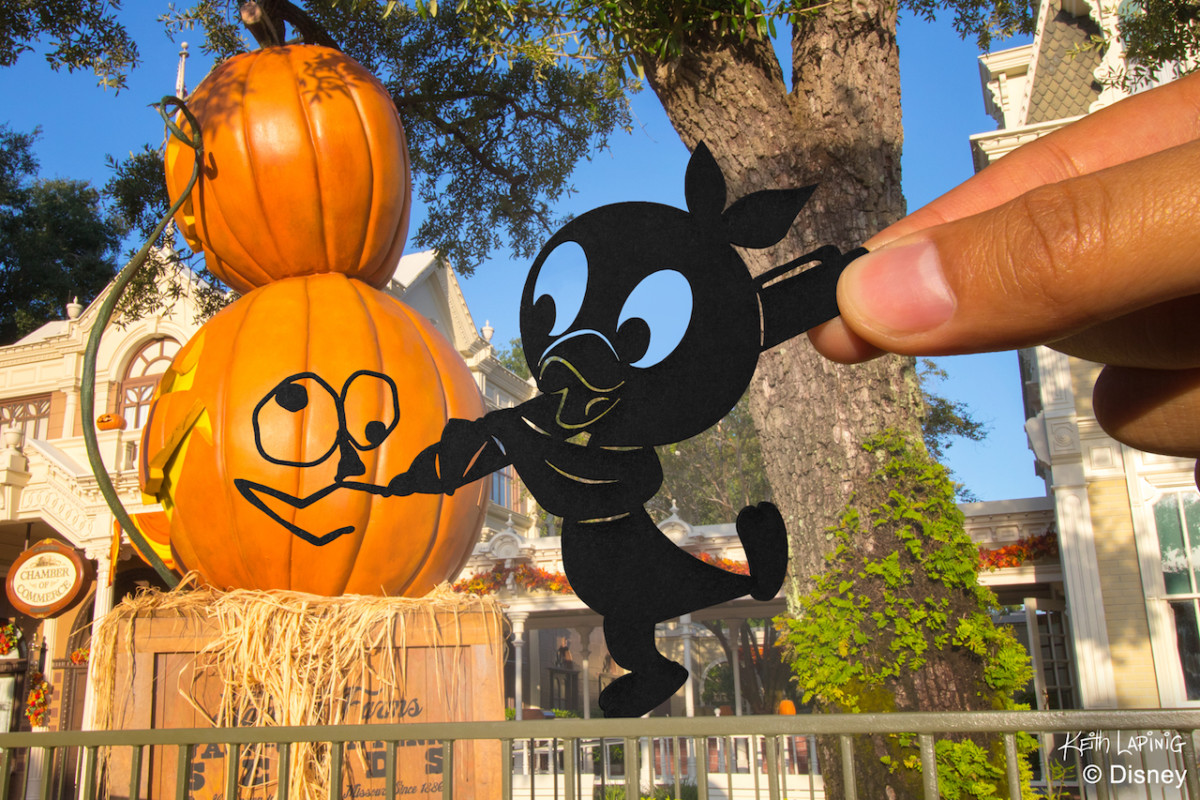 This time of year, the front of the Train Station and Main Street, U.S.A., are brightened with Halloween decor, including fall-themed bunting, wreaths, larger-than-life pumpkins and scarecrows – which all served as terrific backdrops for some of Keith’s creations.

“For Orange Bird, I was inspired by the new Sorcerers of the Magic Kingdom card given out only at Mickey’s Not-So-Scary Halloween Party, so I placed the Orange Bird helping with decorating Main Street for Halloween” Keith said. He also placed Minnie Mouse atop a pumpkin at the very front of the park (pictured at the very top), while Lock, Shock and Barrel from Tim Burton’s “The Nightmare Before Christmas” had some fun of their own.

“They’re my favorite trick-or-treating characters,” Keith said. “So I placed them getting ready to go around all of the Magic Kingdom hoping to fill up their entire bathtub with candies.” 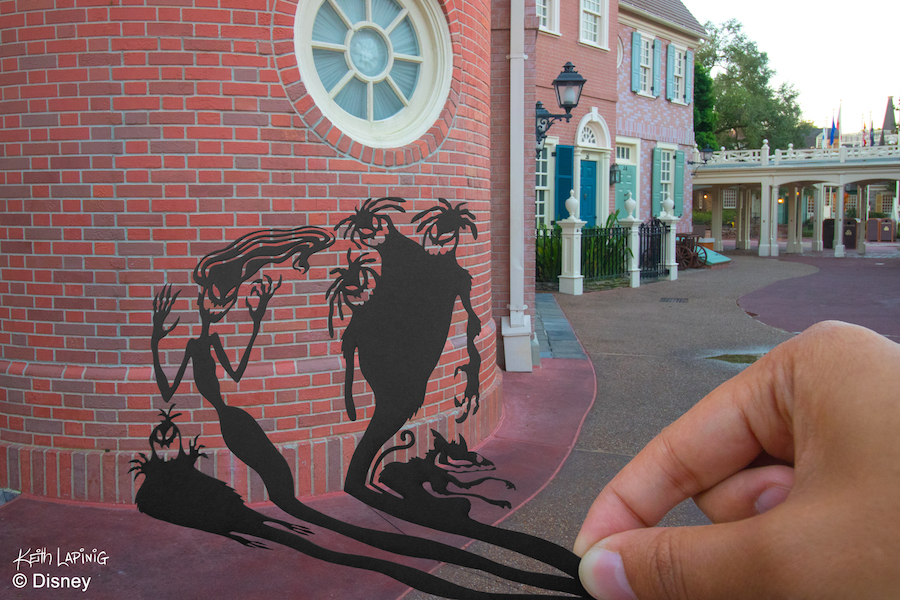 Over in Liberty Square, Keith imagined the Sinister Shadows waiting on the call of their friend, Dr. Facilier.

“Inspired by the ‘Hocus Pocus Villain Spelltacular’ at Mickey’s Not-So-Scary Halloween Party, I wanted to conjure up some of Dr. Facilier’s sinister shadows in Liberty Square,” Keith sad. “I imagine them lurking here before it’s showtime when Dr. Facilier calls them up.”

The villainous fun continued as the sun set and the heat rose on Mickey’s Not-So-Scary Halloween Party, which Keith imagined being taken over by more characters from Tim Burton’s “The Nightmare Before Christmas.” 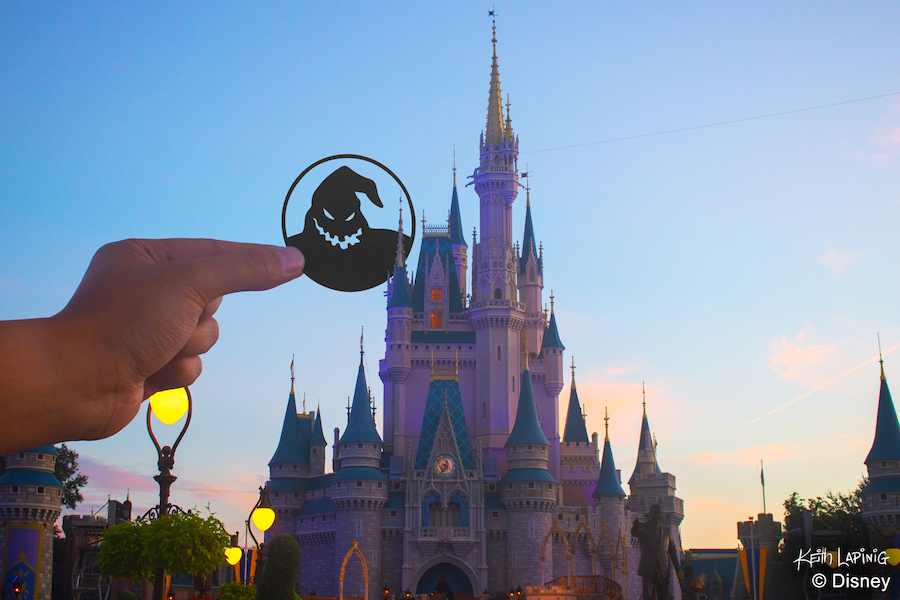 “Oogie Boogie watches over the Magic Kingdom and waits patiently for the sun to set so he may come out and play during Mickey’s Not So Scary Halloween Party,” Keith said. 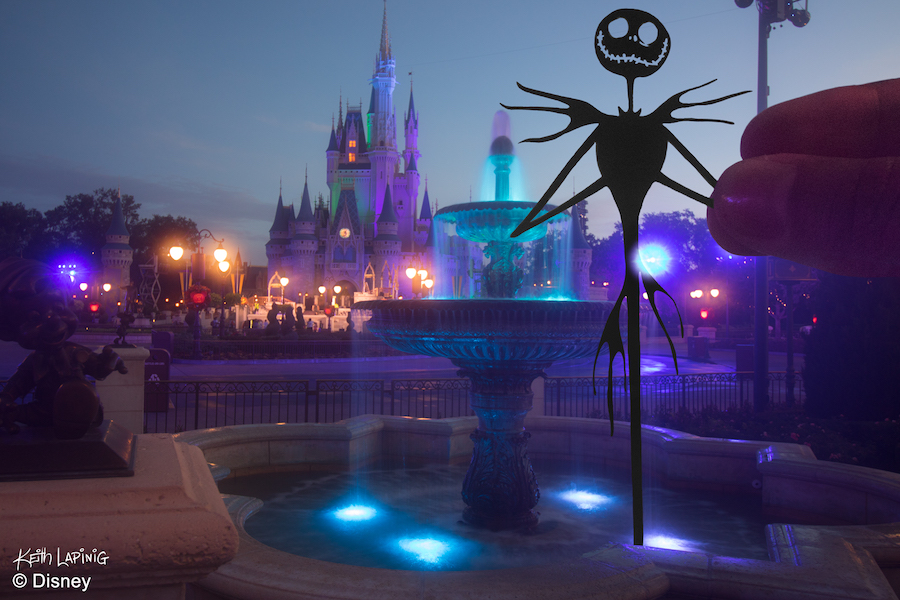 And last, but not least, Jack Skellington made his debut.

“The fountains in the hub serve as the ideal grand entrance for the Pumpkin King himself for any Halloween festivities, so I had a lot of fun putting this together when there was no sun out,” Keith said.

Watching People Check In…. When You’re Checking Out….

March 6, 2014April 16, 2020 Michele 0
Do NOT follow this link or you will be banned from the site!
We use cookies to ensure that we give you the best experience on our website. If you continue to use this site we will assume that you are happy with it.AcceptPrivacy Policy