Just a few days ago during the dedication of Toy Story Land at Disney’s Hollywood Studios, Tim Allen joined Bob Chapek, Chairman, Disney Parks Experiences and Consumer Products, and favorite “Toy Story” pals, bringing the necessary star power to turn on the other toys in the land. Together, they pulled a Crayon lever sending Slinky Dog on a wild dash around Andy’s backyard, signaling the opening of Toy Story Land! Pyro and confetti filled the air as the crowds cheered!

Among the crowd was Tim’s family and together they played big! While visiting Andy’s backyard, Tim and his daughter Elizabeth whooshed aboard Slinky Dog Dash and took an intergalactic spin on Alien Swirling Saucers. Then, he and his wife Jane enjoyed 4D midway games on Toy Story Mania! 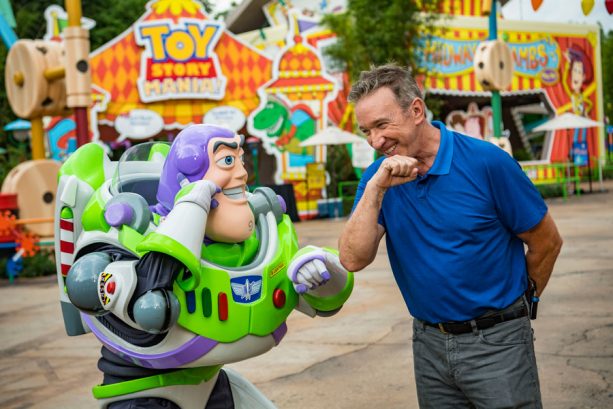 Tim’s visit wouldn’t be complete without some one-on-one time with his longtime pal. Needless to say, he was abuzz with excitement about the whole thing. Check out the video below! 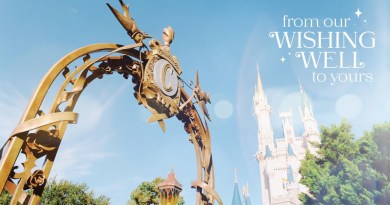 From Our Wishing Well to Yours: Disney Donates $30,000 to Give Kids The World Village 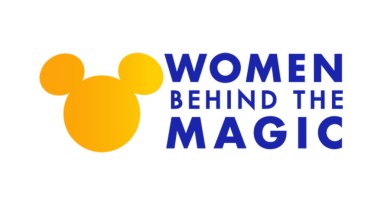 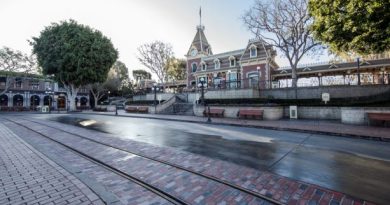 Despicable numbers for The Lone Ranger

July 8, 2013April 16, 2020 Michele 1
The Main Street Mouse
%d bloggers like this:
We use cookies to ensure that we give you the best experience on our website. If you continue to use this site we will assume that you are happy with it.AcceptPrivacy Policy