From the Disney Parks Blog and written by: Lindsey Swift

Last week, the live audience had a blast watching co-hosts of the ABC Emmy-award-winning show, “The Chew” share food tips at the Epcot International Food & Wine Festival. It wasn’t all work and no play for the show’s co-hosts, Mario Batali, Michael Symon, Carla Hall, and Clinton Kelly as you’ll hear the highlight of their visit was experiencing Flights of Passage in Pandora: The World of Avatar at Disney’s Animal Kingdom.

Guest appearances by Isla Fisher, Chris Colfer, Vanna White, and Yvette Nicole Brown spiced up the set with unique tasty kitchen adventures. Dancing, laughter, and amusement were had by all. You can join in on the fun by watching this week on ABC Television Network, October 9-13, at 1 p.m. EDT, 12 p.m. PDT. 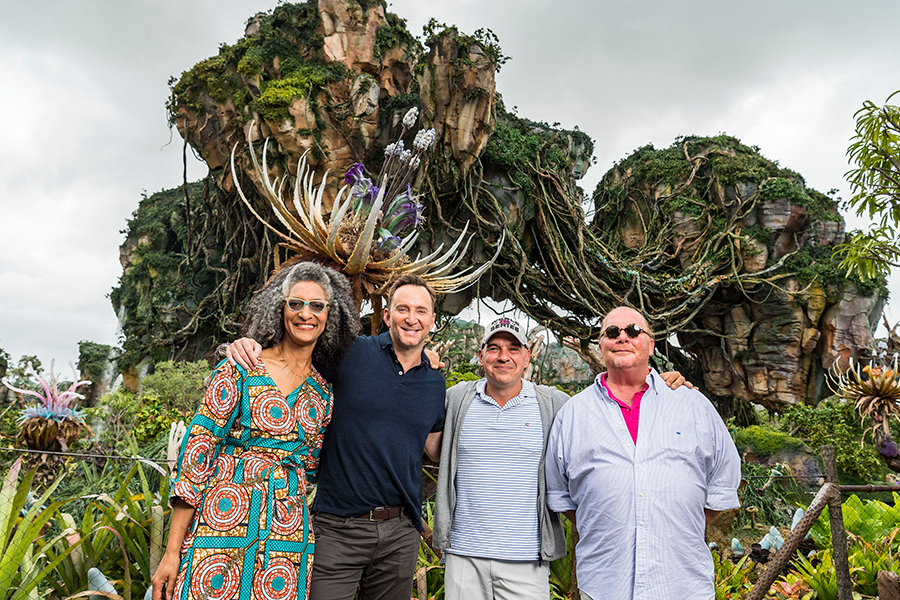 Check out what it looked like behind-the-scenes during the tapings:

A Look at Disney Skyliner

Copper Creek Villas & Cabins: A Disney Vacation Club Resort That Offers Something for Everyone

#DisneyMagicMoments: Cooking Up the Magic — Celebrate 4th of July with the Apple Pie Recipe from Whispering Canyon Café