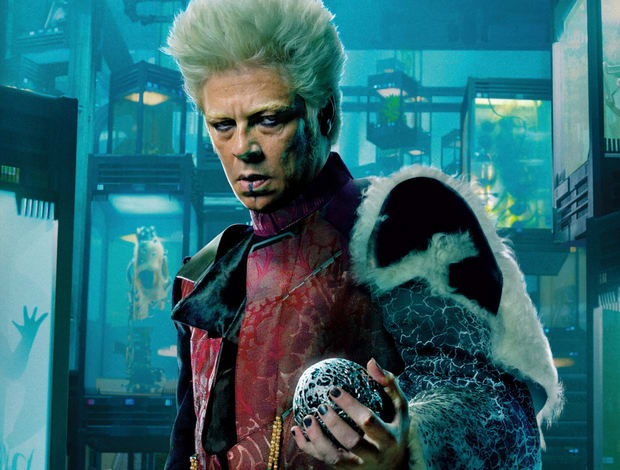 In this rocking new attraction, Rocket enlists your help to free his friends from the grip of the mysterious Taneleer Tivan (aka The Collector), who has the Guardians of the Galaxy on display as his newest acquisitions deep inside his fortress-like collection. But who exactly is The Collector? Details are hard to find, but here’s what we know.

Meet The Collector
After foreseeing a vision showing the end of all life, Taneleer Tivan devoted his own life to finding and preserving unique beings and artifacts from throughout the universe, which is how he became known as The Collector. He runs his large fortress like a dictator and threatens his employees if they do not comply. If The Collector is not pleased with their performance, they might find themselves as permanent parts of his collection. The Collector has an eerie obsession with collecting one-of-a-kind items, be they objects or species.

Baymax Joins the Ranks of Caramel Apples at the Disneyland Resort