Who doesn’t love the World Showcase? It’s a mini grand-tour with all the comfort and amenities of a Disney resort, where you can immerse yourself in the sights, sounds, and of course, tastes, of 11 different countries.
Recently my husband and I booked the Destinations Discovered tour to learn a little more about our favorite park. This is a five-hour walking tour that includes lunch, and details the history and magic of each pavilion, as well as some special peeks back stage! The CM I booked the tour with told me it’s a photographer’s dream, because you have exclusive access to World Showcase before it’s open to the public, meaning that you can a great shot without having to edit out other tourists.
We were told to arrive at the Fountain View Starbucks at 8:15am on November the 14th. We were at the park at 8am, and got into the line on the far-right side of the gates with all the sleepy families carrying princesses for their early AM Akershus reservations. The magic began right as we entered, as we were able to take people-free shots of Spaceship Earth and the Food and Wine backdrops. 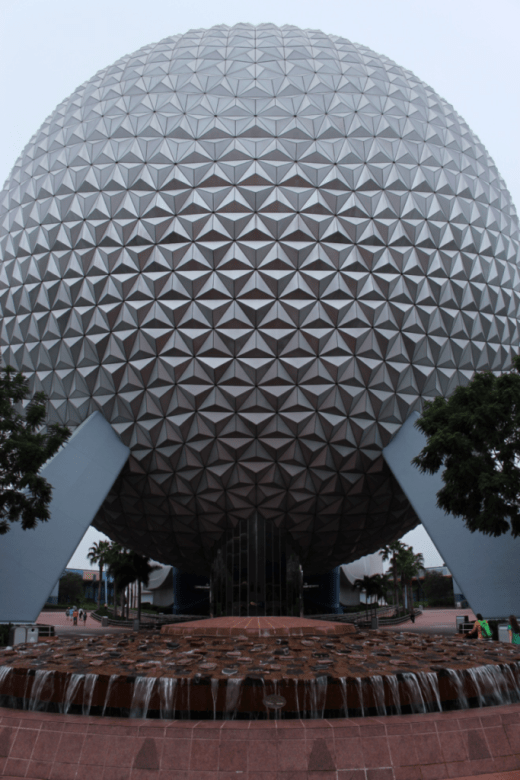 (Spaceship Earth, with families rushing off to Akershus!)

A cheerful CM greeted us outside the Starbucks, and escorted us inside Innoventions West, where we donned our nametags and claimed a complimentary water bottle. Again, we took advantage of the empty park while waiting for our fellow tourists, and wandered outside to take some excellent shots of the Imagination Pyramid and the fall flowers. (The Monorail between Imagination and Innoventions West)

Our group consisted of 4 couples, one of whom was on an ECV. I’ll take this time to note that although this was a five-hour walking tour, the pace remained very reasonable, and everything was easily accessible via ECV. We were able to take bathroom breaks as needed without holding up the tour, and photo opportunities were provided quite frequently.
Our tour guide was Julie, and guys…I just can’t say enough good stuff about her. She was fantastically cheerful, funny (puns were plentiful), and very, very knowledgeable. Julie began her career at Epcot in the college program and made her way through attractions, before she attained her position in tours. You could tell that she was very passionate about the park, and had answers to all of our questions.
Each tourist was provided with a very comfortable ear piece with adjustable volume. This was put to the test as we made our way toward The Fountain of Nations, and through, what Julie helpfully termed, “The Daddy Dash” to Frozen Ever After.
After we successfully dodged the high-speed strollers, Julie shared the origins of EPCOT. Walt had a very specific plan for The Experimental Prototype Community of Tomorrow: A city where people of all nationalities would come together to live in an idyllic setting, with a bustling downtown, suburbs, and parks. Obviously, EPCOT is much different than Walt’s original vision, but Walt Disney World was able to incorporate the desire to bring together many different Nations, in order to share their country with all the visitors to the park.
Future World has two shining examples of this international cooperation. The Fountain of Nations and the Epcot “lotus” symbol. At Epcot’s opening ceremony, leaders from all around the world came and emptied vials of water from their home country into the fountain, literally mixing the life blood of their countries into a symbol of the new park. The original Epcot logo can be found just south of the Fountain, as a design in the pavement. The logo is 5 linked rings surrounding the earth, representing international harmony and cooperation. This design resembles a lotus, which has connotations of peace and inspiration: a theme that you see repeated throughout Epcot. (The Fountain of Nations, with NO other guests in the shot!)

Julie moved our group into the FP+ viewing area for illuminations so that we could take in the entire World Showcase vista. The history of the World Showcase itself began to unfold. Did you know that Norway and Morocco were the only two pavilions added after opening day? Another fun fact I learned: from that vantage point you can see an “extra” tower in Morocco. That tower is actually the back side of Tower of Terror! It was designed to blend in with the Morocco pavilion when it was discovered that it could be seen as you enter the World Showcase.
We then entered the World Showcase on the Mexico side. Julie asked if any of us had ever been into “the jungle” in the pavilion. This was my first wake up call. I’ve spent a lot of time in The World Showcase, and full disclosure, a LOT of time enjoying the various alcoholic treats in the Mexico Pavilion. I thought I knew it pretty well, but while I was focused on delicious Margaritas and beautiful hand painted ceramics, I never noticed the luscious tropical greenery to the right of the pyramid. There is a peaceful little trail leading to an alternate entrance into the museum. This is meant to represent Mexico prior to the Spanish Settlement. (The “jungle” inside the Mexico Pavilion.)

Inside the pyramid, Julie reminded us that each pavilion has one water feature, and there are six museums throughout world showcase. I won’t tell you about each of them, because we found it endlessly entertaining to guess where the museums were, and shout out “Water Feature!” where ever we found one. (A shockingly empty plaza in the Mexico Pavilion.)

Now came my favorite part of the tour, as a total Disney Nerd: Backstage! There are no photos allowed backstage, so Julie patiently waited while we all packed away our cameras and phones. We went through a Cast Member Only door near the San Angel podium, and were immediately transported into a world of plain concrete and beige walls. I noticed that this portion of backstage could easily be seen while riding Test Track (naturally every ride after that was spent craning my neck to take in all the back-stage goings on). We were treated to some mundane sights, like ice carts and crates of empty wine bottles, but also treated to a private viewing of the illuminations barges in their storage areas. Julie shared the story behind illuminations, that it has multiple acts: chaos, order, and meaning, and that the world opening up once again incorporates the lotus theme.
We left the barges and walked to an area behind Norway. I was interested to see two of the Frozen Ever After boats propped up in the parking lot, waiting for repairs. We were spit out near the new Norway restrooms. We all cranked the volume on our headsets as we walked over to the Frozen Ever After line. There, Julie explained that each of the buildings in this pavilion represents a different region in Norway. One fact that I found interesting was that the odd-looking balcony above the Kringla Bakeri og Kafe has the high railing to prevent snow from drifting in, so that Norwegians can enjoy the fresh air for a few minutes before retreating back into the warmth.

Check back for my Epcot tour review: A Review Of The World Showcase’s Destinations Discovered Tour Part 2, which will pick up at China!

Cora Helton all photo credit to Benson Helton 2016.
Cora has been a Disney fan since she was a child, but in 2014 she discovered the joys of Walt Disney World as an adult. Cora enjoys touring the parks with her husband Benson, and her favorite characters are Figment and the Florida Orange Bird. 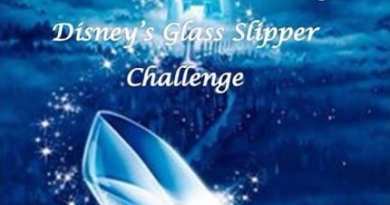 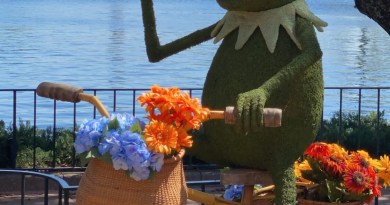 #DisneyKids: EPCOT In Full Bloom with Activities to Delight and Entertain Little Ones 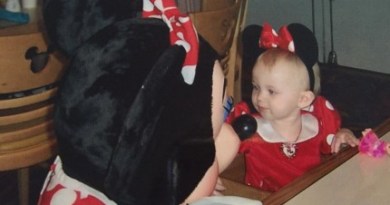 First Trips to Disney ~ “I’m Scared, What if I don’t like it?” By Crystal Waugh-Poplin

January 28, 2020April 14, 2020 Guest Blog 0
The Main Street Mouse
%d bloggers like this:
We use cookies to ensure that we give you the best experience on our website. If you continue to use this site we will assume that you are happy with it.AcceptPrivacy Policy