Skip to content
Featured Other Media Entertainment
May 31, 2016April 9, 2020 Guest Blog 0 Comments Tangled: Before Ever After 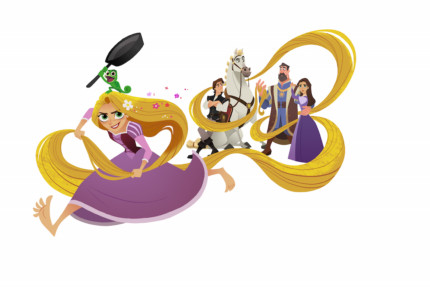 Tangled: Before Ever After is set to debut on Disney Channel in 2017 and recently Zachary Levi sat down with ET to discuss the upcoming show, and we wanted to share the details with you! The show is currently slated to be three seasons long with 26 episodes per season. ~Aut

Zachary Levi is counting down to the return of Tangled!
Disney is reviving the 2010 blockbuster movie for a new animated series, Tangled: Before Ever After, which will air 78 episodes over the course of three seasons. It will pick up after the end of Tangled when Finn (Levi) and Rapunzel (Mandy Moore) officially couple up.
“This takes place between when they end up getting married [in Tangled Ever After] and whatever those adventures were,” Levi told ET recently at YouTube Space in New York City.
Tangled was a huge success for Disney when it hit theaters six years ago, making nearly $600 million at the worldwide box office. That prompted Disney/Pixar chief creative officer John Lasseter — the man behind Tangled — to rethink his desire to move away from fairy tales following the movie smashed expectations.
“He said, ‘Alright guys, this is it. This is the last one,’” the 35-year-old actor recalled Lasseter saying. “Then he made Tangled and we did really well and it was enough to buoy that for them to go and make Frozen.”
“So I will say to the Frozen people, ‘You’re welcome. You are welcome,’” Levi joked. 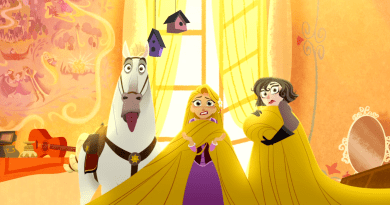 Tangled Sequel Trailer ~ Rapunzel Grows Her Hair Back! (Details Below)

February 11, 2018April 16, 2020 Guest Blog
The Main Street Mouse
%d bloggers like this:
We use cookies to ensure that we give you the best experience on our website. If you continue to use this site we will assume that you are happy with it.AcceptPrivacy Policy